Olivia is a Compelling and Insightful Read | Meridian Magazine

Olivia is a Compelling and Insightful Read 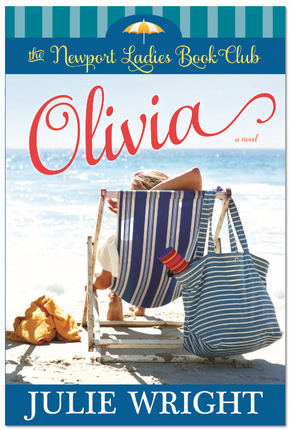 Growing up is a life-long experience. Julia Wright’s Olivia reaches forty and discovers she still has some growing up to do. This is the first book in a four book series and isn’t at all what I expected. In fact, I sort of put off reading Olivia because I expected it to be just another of those women support group stories, but I’ve always enjoyed Julie Wright’s books so I began reading, and she didn’t let me down.

Olivia prepares a fantastic meal to celebrate her and her husband’s anniversary. She even sends her four children to friends or relatives homes for the night, lights candles, and waits–and waits–and waits some more. Nick doesn’t come and he doesn’t call. It isn’t the first time he’s stayed at the office until the wee hours of the morning, but this time being ignored is more painful. This is the beginning of Olivia’s acknowledgment that her marriage is in trouble. She has become a doormat, preparing perfect meals, keeping a spotless home, caring for the children, and never complaining or arguing with Nick. She stays in touch with his two children from a previous marriage which is more than he does. She is even civil to his mother who makes no secret of her preference for her son’s first wife over Olivia, even though Nick caught “the Ex” in bed with another man.

Nick’s failure to even apologize for brushing off their anniversary stirs something inside of Olivia making her want to do something just for herself, so she joins a book club. The women in the group are helpful and supportive of each other, but the real strength of the group comes from their discussions of the various books they read and the insights the discussions give her into her own short comings as well as those of her husband. Olivia never discloses to the other women the difficulties she is facing in her marriage; there is no betrayal of anything that should stay between her and her husband, but she draws strength from the friendships she forms and from the insights drawn by the various women as they discuss the book characters’ strengths and weaknesses and the way they deal with problems.

The marriage goes from bad to worse as Olivia tries to discuss their problems and pushes Nick to attend a party his estranged older daughter is throwing for her brother before his military deployment. Nick moves out and her children blame her for their father’s absence.

There is much Olivia has to learn about her own abdication of responsibility for being herself as well as uncovering the reasons Nick stopped being the loving husband and father he was at the beginning of their marriage. She also has to boldly go after answers to her questions concerning Nick’s estrangement from the children of his first marriage.

Wright has a compelling style that keeps the story from becoming mere psycho-babble as stories based largely on characters instead of plot too often tend to do. The novel is not without plot; it is just more focused on the awakening and personal growth of Olivia. The friendships with the other women in the book group are important, but not as important as the insights gleaned from discussing books and identifying with the characters in those books. This book kept me turning pages as rapidly as any action novel.

There will be three more books in this series, each written by a different author and all will be released during 2012. The other three authors are Josi Kilpack, Heather Moore, and Annette Lyon.

Julie Wright has written over a dozen books and received a Whitney Award for her novel, Cross My Heart. She loves outdoor activities and watching movies with her husband. She and her family live in Utah.