Religious Freedom is Critical to the Health of a Diverse Society 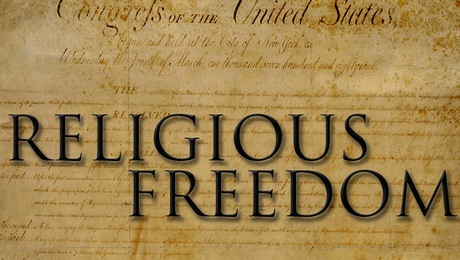 Over the past two years, general officers of The Church of Jesus Christ of Latter-day Saints have delivered major addresses on many aspects of religious freedom – what it means, what it does, the threats it faces and why it is so vital for free people everywhere. Elder Dallin H. Oaks of the Church’s Quorum of Twelve Apostles said, “There is a battle over the meaning of [religious] freedom. The contest is of eternal importance.” And Elder Quentin L. Cook, also an Apostle, challenged university graduates to “work with people of other faiths” to protect and “be an advocate for religious freedom and morality.”

Alongside these endorsements of religious freedom from Latter-day Saints are the significant efforts of other religious leaders and citizens. So why this attention to religious freedom? Why do we as citizens of the United States need it?

The need flows from the immense diversity of our nation and society. From its very beginning, the United States has been home to a wide range of religious beliefs. Without a confining state-sponsored church (thus breaking a 1,500-year European tradition) and with a steady and assorted stream of immigrants, religious pluralism has been a signal feature in America. Americans in the new and growing nation found a range of religious choices unheard of in their past experience – they could choose their own faith group, select a congregation (or start their own) and find a minister. They could also choose not to adhere to religion at all. This vast array of religious choices demonstrated an invigorating freedom of conscience and a flourishing religious freedom. Americans didn’t simply tolerate other religious beliefs, but eventually embraced full-fledged religious liberty, realizing that the “only way to get it for themselves was to grant it to all others.” [1]

Yet there has been no royal road to religious freedom in the United States. Baptists, Jews, Catholics and other faiths – which at some time have been new, unpopular and minority religions – have felt the sting of religious persecution and societal prejudice. But the possibility of a society where diverse faiths and beliefs can coexist is rooted in the high principles of freedom of conscience and the enabling protections for religion in the First Amendment. They are the architectural framework that ensures the physical, social and legal space for individuals and groups to live out their different beliefs in meaningful ways, both privately and publicly. A statement of principles signed by scholars and statesmen emphasizes these principles: “The Religious Liberty clauses are both a protection of individual liberty and a provision for ordering the relationship of religion and public life. They allow us to live with our deepest differences.” [2]

But freedom of religion and conscience require more than simply living and coexisting with our differences. These preeminent freedoms also create rejuvenating obligations. All recipients of religious freedom – every group and individual who is free to live according to the dictates of conscience – must in turn protect that same freedom for all others, especially the most vulnerable, whether religious or not. That is the obligation. And it is rejuvenating because it “enable[s] diversity to be a source of national strength.” [3]

These principles are splendidly articulated in The Williamsburg Charter. Drafted as a national “reaffirmation of the First Amendment,” signatories included leaders of government (including two former presidents of the United States), business, education and faith groups and many other interests. Elder Dallin H. Oaks signed the document on behalf of The Church of Jesus Christ of Latter-day Saints. The charter emphasizes the vital nature and moral importance of the obligations associated with religious freedom, including the incisive observation that a “society is only as just and free as it is respectful of [freedom of religion and conscience] for its smallest minorities and least popular communities.”

Recent studies quantify the societal benefits of religious freedom. [4] These findings report, for example, that:

These are some of the consequences of religious freedom that contribute to a just and free society where tensions are negotiated and people live peacefully with their deepest differences. This is the essence of democracy.

[2] The Williamsburg Charter, Summary of Principles, 1988.