In a day when youth seem to be missing heroes, Steve Nethercott’s paintings, that have become stunning posters, put a new shine on just who a hero really is.  They are the people who have dared to stand for the Lord and to be counted on for integrity—people like Samuel the Lamanite. 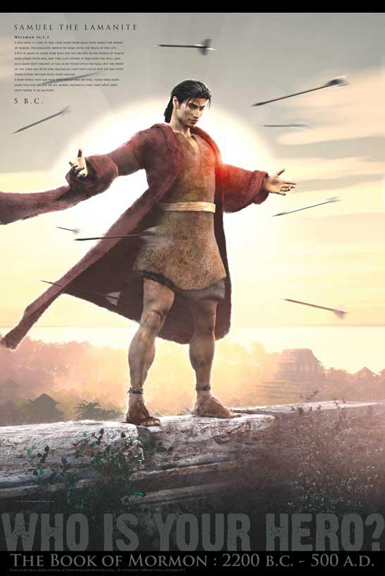 His posters are appearing on the walls in the bedrooms of LDS teens because they have an appeal that allows us to awaken and see the men and women of scripture with new eyes.  You’ll get a little taste of them in this article and can see more at www.realheroposters.com

Nethercott has posters that ask “Who is Your Hero?” across the bottom of scriptural heroes like Ammon; the Army of Helaman; Mary, the Mother of Jesus; the Daughters in the Wilderess; Captain Moroni; Enos; Nephi Hunting.  He also has heroes of the American founding like Thomas Jefferson and George Washington. 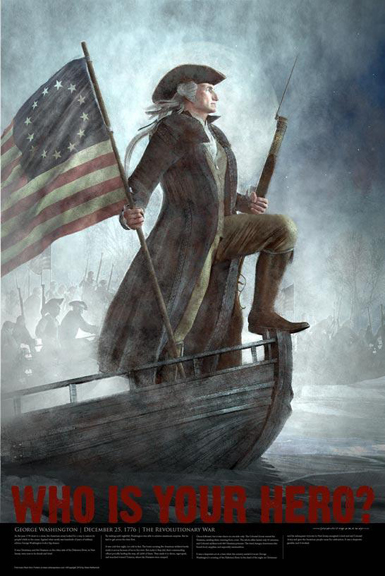 Born into a painter’s family, Steve Nethercott gained an early awareness of the beautiful things in the world around him. Raised in Jackson Hole, Steve was provided the opportunity to experience some of the most majestic settings in the world.

Steve’s father, Phill Nethercott, is a successful western landscape artist currently displaying work in Jackson Hole, Scottsdale, Vail, and Santa Fe galleries. When he was young, Steve remembers painting trips with his father and watching Phill paint for hours on end. His exposure to this world created the perfect environment to develop his own artistic abilities. At a very young age, Steve was drawing and painting alongside his father, and to this day, his father proudly claims that Steve is a better draftsmen than he. 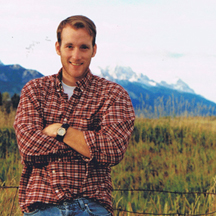 Turning down an art scholarship to the prestigious “Art Center” in Pasadena, California, Steve completed a BFA in graphic design at Brigham Young University-Idaho. He credits his education at BYU-I as an essential part of his artistic learning and development. He maintains great respect and admiration for the instructors and art program at BYU-I. Soon after college Steve pursued a career in the arts, but not fine arts. His high motivation level, coupled with his desire to be his own leader, led him to start his own graphic design business. For nine years he worked in the commercial art world completing high-end design projects for large clients such as Hewlett Packard, SBC communications (AT&T) and World Lending Group. His business travels took him from San Francisco, California, to Atlanta, Georgia, and various locations in between. However, throughout his success as a designer, Steve never gave up his true passion for the fine and illustrative arts. 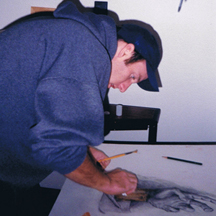 Throughout the years, Steve would paint after work for hours. Through countless painting sessions and critiques from his father and others, Steve began to hone in on the mechanical skills of painting. Steve suggests that the true strength of his work comes not from the mediums he may be using, but from his personal experience as a designer. To him, “art is more about the principles of design above the various techniques and mediums one may use.” 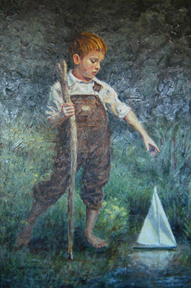 After many years of perfecting his technique, Steve knew that he wanted to use his talent to create something that would inspire and uplift. He came up with the concept of “Real Heroes” when he was thinking back on his own childhood. He remembers having pictures on his bedroom wall of basketball heroes and older church images and realized that he wanted to come up with something modern and current that kids could relate to and that parents would support. “We all need role models and heroes to look up to and I thought what better place to have them, than to have them hanging on our walls to act as a constant reminder.”

Steve has since taken his knowledge and experience and has created beautiful images for the LDS and Christian communities. He launched his series of ‘Who’s Your Hero” posters three years ago and continues creating new Book of Mormon, Bible , and church history images. Steve has chosen to use various digital illustration techniques to achieve the look and feel he desires. He credits the success of these posters to the general lack of ‘real heroes’ we have in the world today. With these posters, he wishes to touch the heart of everyone, but especially the youth. “In a world full of fantasy heroes, sports heroes, and pop-stars, we should never forget the real heroes, with real courage, real strength, and real stories,” says Steve. 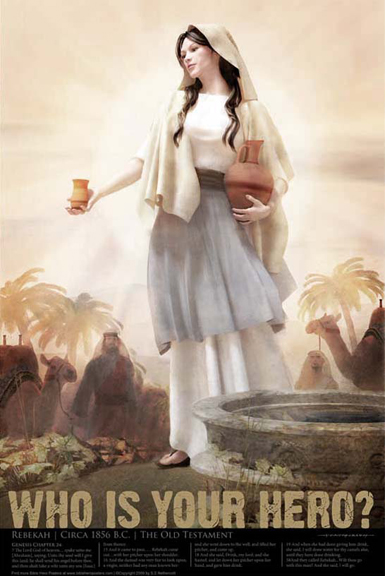 Steve has also created youth posters that coincide with the annual mutual theme put out by the Church.  His desire is to create an image for the youth that would reflect the theme and inspire them throughout the year.  In the past they have been young women specific, but this year he has designed an image that works for both the young men and young women. 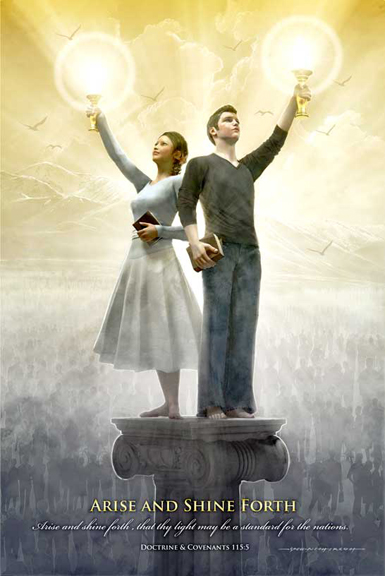 Steve’s latest endeavor has been to design and create a new series of “American Heroes” to add to his already popular church heroes. In creating these images, Steve wanted to portray his passion for patriotism and the founding fathers by recognizing those American heroes that have come before and paved the way for our freedom. “I believe these were inspired men of God and I hope we can remember them and revere them as our country’s truest heroes”.

Through his artistic talents, Steve strives to capture the spirit of real heroes, the uniqueness of their world, the strength of their character, and the reality of their heroism.

Steve served a mission in Brazil, Recife South where he loved the people and served the Lord valiantly.  He returned home and soon met, fell in love, and married his dear wife in the Boise temple.  Steve is currently living among the peaceful mountains of northern Utah with his wife and four children.  He is happily living out his dream to be an artist and raise a family in a small town. 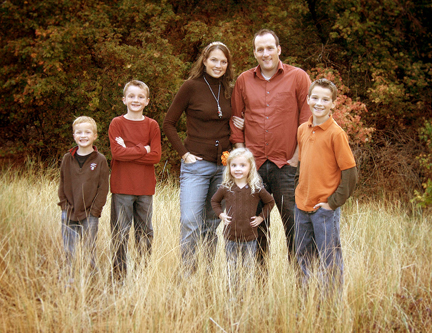