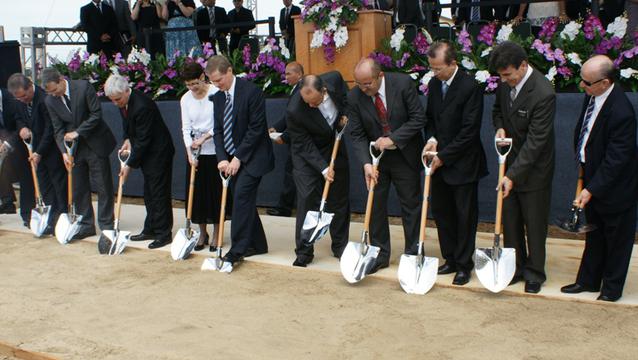 Ground was broken today for the Fortaleza Brazil Temple of The Church of Jesus Christ of Latter-day Saints (Mormons), the Church’s seventh temple in Brazil. Elder David A. Bednar of the Quorum of the Twelve Apostles presided over the ceremony.

“This temple will be a source of hope, light and faith in God for all who come and walk here and in this field,” Elder Bednar said. “This city will always be better and different because of the temple to be built here.”

The Temple will be built at Avenida Santos Dumont in Fortaleza, Ceará, Brazil. President Thomas S. Monson announced construction of the Fortaleza Brazil Temple during the October 2009 general conference.

The Church has been in Brazil since 1929 and currently has more than 1,100,000 members spread throughout nearly 2,000 congregatioons.