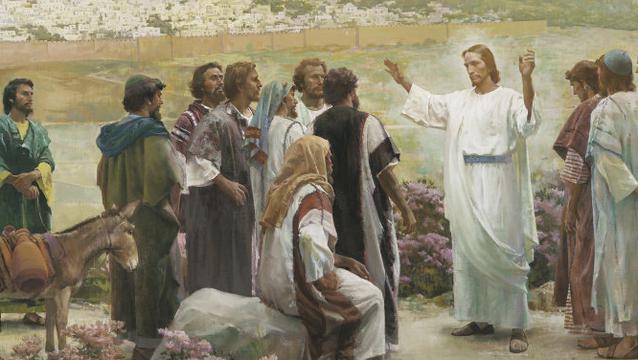 Anyone familiar with the history of Christianity knows that it has been quite a complicated matter. The word “Christian” was first used during New Testament times (see Acts 11:26) to describe the disciples who accepted the message and redemption of Jesus Christ. Now after two millennia, Christianity has weathered centuries of change and experienced periods of growth, persecution, reformation, schism, globalization and more. While inspiring believers of every race and nationality, Christianity has taken a multitude of forms and advanced a diversity of doctrines. As a result, questions about who should be called a Christian and who should not continue to be discussed by some within the religious world.

Religious beliefs are no light matter, and it’s only right that they are taken seriously. Yet, earnest and well-meaning interlocutors have sometimes, in the words of the president of Fuller Seminary, Richard J. Mouw, “talked past each other,” due to their differing doctrinal lenses.

For some in the Christian tradition, an individual’s Christianity is defined primarily by theological boundaries. Accordingly, one must adhere to a theological tradition stemming from formalized creeds or statements of belief (such as the Nicene Creed and the Chalcedonian formulation) composed several centuries after Jesus Christ died and the New Testament was written.

There are differences between the post-biblical creeds and the teachings of The Church of Jesus Christ of Latter-day Saints. Most notably, Latter-day Saints believe God the Father, Jesus Christ and the Holy Ghost are one in will and purpose, but are not literarily one being, as the creedal conceptions of the Holy Trinity suggest. Also, members of the Church believe in living “apostles and prophets” (Ephesians 2:20) and a more open canon of scripture, which includes both the Old and New Testaments of the Bible and the Book of Mormon as another testament of Jesus Christ.

To describe The Church of Jesus Christ of Latter-day Saints as a non-Christian church to any audience spreads a misconception that there is something other than Jesus Christ at the heart of the Mormon faith.

For Latter-day Saints, Jesus Christ is the Savior of all people, the divine Son of God. He is the same Jesus Christ of the New Testament, who taught about faith and about love for God and mankind. Jesus Christ — not Moses, Paul or Joseph Smith — is the object of Mormons’ devotion and worship. As the Prophet Joseph Smith himself taught, “The fundamental principles of our religion are … concerning Jesus Christ, that He died, was buried, and rose again the third day, and ascended into heaven; and all other things which pertain to our religion are only appendages to it.”

At their best, Latter-day Saints’ behavior, speech, thoughts and identity all reflect Christ and His teachings. If you ask a member what it means to belong to the Church, he or she will tell you that most fundamentally it means to believe in Jesus as the Savior of the world and to follow Him.

For Latter-day Saints, being a Christian means being a disciple of Jesus Christ, loving and worshiping Him above all. It means prizing Christ and centering one’s life on His teachings from the New Testament. It means striving to live the kind of life that Christ commanded, honoring Him in word and deed. This is the meaning of a Christian, and there is no doubt that Latter-day Saints — who pattern their lives after all of these things — belong to Christ’s fold.

To learn more about how Latter-day Saints worship Jesus Christ, read the Church’s official statement on the Savior, titled “The Living Christ: The Testimony of the Apostles.”