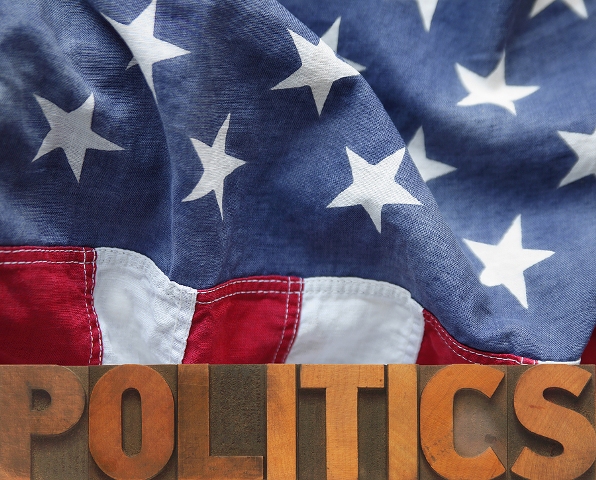 One of the most baffling findings of my recent national poll about religion and politics is that 38% of all Americans believe that if we Mormons had political power, we would use it to force people to convert.

What?!  Is this a day of serfs and nobility, of kings and princes who declare a religion for their subjects?

Here is an excerpt on the matter from Chapter 24 of my new book, Mormons Believe … What?!  Fact and Fiction About a Rising Religion.  Perhaps you’ll find in it something that fits your own personality if you ever need to explain our position regarding political power to those of other faiths.

Mormons began settling the Salt Lake Valley in 1847.  As the Gold Rush brought people to the West seeking riches, the LDS Church was the unquestioned dominant political power for 300 miles around.  Mormons held every government position, Brigham Young himself was the territorial governor, and we far outnumbered any other religion or group of any kind.  If there ever was a time we could have acted on the boogeyman fear cited above, it was in the 1850s.

And what happened?  A welcoming hand and no use of political power whatsoever to convert anyone.  As other denominations built their churches in Salt Lake, Brigham Young and subsequent leaders of the church offered assistance.  Over the years, many Mormon neighbors have participated in building and renovating the cathedrals and sanctuaries of other religions in the city.

That spirit of cooperation continues today, distinct theological differences notwithstanding.

So What Are Mormons Up To?

One of our Articles of Faith says:

We believe in being honest, true, chaste, benevolent, virtuous, and in doing good to all men; indeed we may say we follow the admonition of Paul – we believe all things, we hope all things, we have endured many things, and hope to be able to endure all things.  If there is anything virtuous, lovely, or of good report or praiseworthy, we seek after these things.

Political power is not on the list of things we seek after.  And even if we had it, we would never use it to force conversions.  That’s not the way God does things.

Further, our own scriptures tell us that the church in the last days would have a presence in all areas of the earth, but that its numbers will be few (1 Nephi 14:12).  If God wanted us to force conversions, He would not have given us a minimalist scenario.

So, in addition to engaging in religious activities such as strengthening members and caring for the poor, what are Mormons trying to accomplish?  Three things:

Jesus Christ told His disciples to go into the world and teach all nations.  We believe we hold that same commission today, which is why some 50,000 of our young men and women contribute a prime portion of their youth to tell people what we consider to be the re-established truth.

I found that task difficult in the 30 months I spent in Germany as a missionary, but didn’t realize until I conducted a series of focus groups a few years ago that it would be difficult even for the Savior.

After finding out what people understood about my church, I concluded each focus group session with this final question:

Let’s suppose the event that all of Christianity is looking forward to happened tomorrow – namely, the return of Jesus Christ and the beginning of the Millennium.  And let’s say He holds a news conference and says point blank that The Church of Jesus Christ of Latter-day Saints, known as the Mormons, is indeed His true, re-established church, and that it is authorized to act in His name and teaches His correct doctrines.  What would you do?

Only about three in ten gave that last answer.  This was not a quantitative study, of course, and I wonder if we could ever get a truthful measure of this variable short of the actual event, but think what it means at least on the surface:  The Lord Himself would have a difficult time convincing a majority of the people to follow Him.

Now, I realize some participants in my groups were being smart alecks and would not act as claimed, but I also came away convinced that many, perhaps a majority, would not change a thing in their lives.  They are too comfortable.

Later I turned the question on myself, “What would I do if the roles were reversed and the Savior said, for example, that the Methodists were His true church?  Or the Lutherans?  Or the Catholics?  What would I do?”

I doubt I’ll be surprised with His announcement on that day for all the reasons I’ve discussed in this book, but it gave me a good feeling when I answered that I would join that designated church in a heartbeat.

I am a follower of Jesus Christ.  If He asks me to sit under a Bodhisattva tree and become a Buddhist, I would do it.  Or join the Presbyterians.  Or the Baptists.  Or hand out Hare Krishna flyers at the Los Angeles airport.  I would join the religion He designates.

We are seeking to visit with those 30% who share this same mindset.