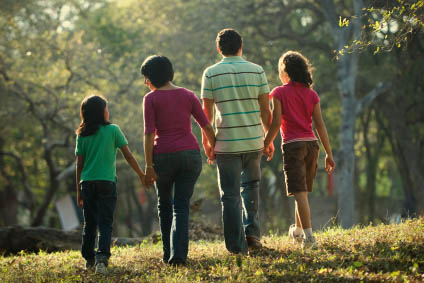 Editor’s note:  This is part one of a two-part article.  Look for the conclusion in Friday’s Meridian.

There are some dangerous myths about the costs and economics of raising families that are unfounded and untrue and that often stop parents from having a child that they should have.

We will discuss two of these four myths today, and the other two tomorrow.

When is the last time you read a headline like this: “Cost of Raising a Child Ticks Up” or “The Half-Million Dollar Child” or “Cost of Children Higher than Ever Before”?

We googled “cost of raising a child” and got dozens of articles, most of them aghast at how much money children cost these days.  Many of those articles implied that few can afford to raise children at all.

The estimates range from a quarter million dollars per child to half a million, depending on whether college is counted.

There are two problems with this type of article:  1. They discourage people from becoming parents, and 2. They are simply not true!

We suppose it would be possible to spend a half million dollars raising a child, but we don’t know anyone who has!  In fact, we know families who have raised a half dozen or more children for less than that lofty estimate.

Even the Wall Street Journal got in on the myth, with an article last year saying it costs $222,360.00 to raise a child to maturity (to 17 years).  Where do they get these numbers?

Well, at least the Wall Street Journal was good enough to break it down for us.  They said,

“Child care accounts for 17% of the total spending, and education for 16% of the total. The cost of housing makes up nearly one-third of the total; this is gauged by the average cost of an additional bedroom. But the tally excludes any spending on kids over age 17, so it doesn’t include one of the biggest and fastest-growing single financial outlays many parents make: the cost of sending your child through college.”

You see what a big myth it is!?  A third of the $222,000 is housing — a house you already have and would have with or without the child.  And 17% of 222K for childcare?  Do you know families who have spent $40,000 on childcare for one child?  We don’t. Who are they talking about here — families that live on Park Avenue in New York City?

And what all of the articles forget to tell us is that there are economies of scale.  A family with four or five kids certainly spreads the cost and clearly does not spend five times as much as a family with one child.

Since when did kids become 100% consumers and 0% producers or earners?

It’s time for us to quit indulging and entitling our children.  It’s time to help them become productive, gradually more and more self-sufficient kids who have financial savvy and who know how to earn and budget and save and give.  It’s time for us to start thinking of our children as part of the solution rather than part of the problem.  And its time to stop listening to the discouraging myths of how impossibly expensive it is to raise a child.

Myth #2:  It is impossible to maintain a household and a family on a single income.

It is certainly true that these are hard economic times and that many families seem to need all the income that both parents can generate.  But the growing sentiment that a family cannot get by on a single income is a myth, and often a very harmful myth that causes families to mistake wants for needs and causes parents to make choices that are not in the best interests of their kids.

If we all (blindly and sheep-like) accept the myth that it is impossible to raise a family on a single income, then we just send both parents off to work without much thought and without any examination of other alternatives and without counting the costs (financially and family-wise) of both parents being in the workplace full-time.

And one huge problem that often follows is that lifestyle expands to the level of the total of both incomes.  Then, when husband or wife loses a job or has to stop working for some reason, the bills can’t be paid with the one remaining income — and bankruptcy or other forms of desperation can result.

It is far better, even in families that do have two incomes, to try to live on one income which provides two kinds of security:

We live in a world where luxuries are often made to look like necessities.  The goal seems to be to live extravagantly rather than to live providently.  Our self images are much too wrapped up in what we have and how we look.  We are surrounded by advertising which has the whole goal of making us think we need what we actually only want.

We think back on our graduate school days when we essentially had no money for anything — but made it just fine buying food at discounted street markets in Boston, driving a 15-year-old car and maintaining a social life that consisted mostly of taking walks or playing games with friends.  Then the minute we finished school and had jobs, we seemed to need so much more.  Suddenly our much greater supply of money seemed just as limited and inadequate as the paltry sums we had as students.

One of our sons likes to say, “There are two ways to be financially independent:  One is to have unlimited money, and the other is to have very limited needs.”(And forget about the first one, because it will never happen)

“Living within your means” is actually quite a remarkable goal, and achieving it has rewards of satisfaction and peace.  And the funny thing is that it can work with very limited means as well as it works with much more abundant means.

The young families we admire most are the ones that have deliberately and systematically limited their needs.  Even if they don’t have to, they live modestly, they look for deals, they avoid buying anything (except their house) on credit, they perhaps have one or two credit cards for convenience and to build their credit rating, but they pay the entire balance on time every month.  If both are working, they are doing it not because they need both incomes but because they have decided it is best for them and for their kids at their current stage and situation, and they have budgeted so they can live on one income if they have to (or if they decide to)

When we compare these families with their more extravagant and entitled neighbors (those who want everything now, who want the same lifestyle as their much older parents, who have a boat in the driveway and two new, leased cars in the garage, who eat out a lot and buy clothes and toys on credit), we find ourselves admiring the first type — the conservative, provident young families who actually enjoy saving more than consuming.

So let’s get over the myth that we have to have everything and that it takes two incomes to support a family.  Let’s remember that the family is the end for the means, and that our children need our time more than they need what our money can buy for them.

Richard and Linda are former mission presidents in London, founders of Joyschools.com and New York Times #1 bestselling authors.  They lecture throughout the world on family-related topics. Visit the Eyres anytime at www.TheEyres.com. Their new book is The Entitlement Trap.