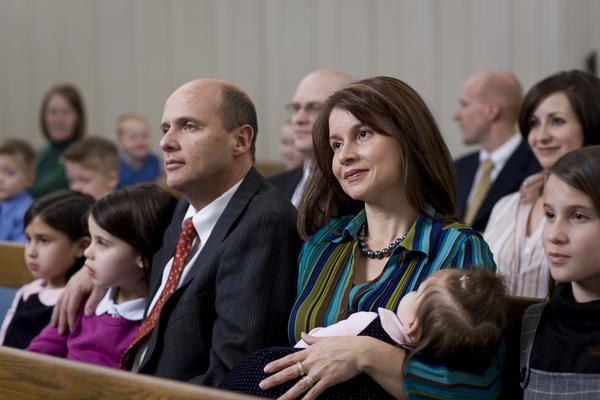 Freedom of religion has been, and still is, an essential moving force in the grand experiment of American democracy. Planting that principle of religious freedom in early America brought about two profound results—the rejection of a “divine right of kings” doctrine, and breaking the 1,500-year European tradition of upholding a state-established church.[1] And with that, a heritage of self government, not to mention distinctly different congregations, sprang up.

Yet no one could take freedom of religion for granted. Baptists, Catholics, Jews, Mormons and others have all faced, at one time or another, overt prejudice and serious attempts to curtail their liberties (sometimes coming from fellow religionists). Yet looking back over the long narrative of American religious history and the experience gained, the principle of religious freedom is prevailing.

Respecting freedom of religion has brought about the remarkable plurality and autonomy of religious thought in America. Among the various religious traditions in the United States today, the Pew U.S. Religious Landscape Survey identified over 100 different denominations. Intense religious experience is found alongside religious apathy and nonaffiliation. Long established faith traditions exist with the new and emerging. Moreover, a sizeable portion of parishioners is migratory. The Pew study found that more than one quarter of American adults have “left the faith in which they were raised in favor of another religion — or no religion at all.”

Yet we get along relatively well and manage to live with our differences. In fact, living peacefully with our deepest differences is necessary in our pluralistic society, and religious freedom is an example of how to do it. It’s a lesson we really can’t live without and still be true to our national ideals.

That’s because religious freedom provides what is essentially a “network” of freedom. It’s a network because every single church and congregation throughout this country is interconnected by the same laws and constitutional rights to believe, express and act according to its doctrines. An abridgement of those rights in Alabama will necessarily affect those rights for a believer or church in Washington. Cut a distant root and the whole tree is affected.

But this network, this connectedness, does more than protect religious belief. The established practice of freedom of religion, and the lessons and habits we’ve learned from it, upholds and sustains the same freedom of conscience for any individual, group or association to believe, to express and to act.

That’s because the maintenance of this broad freedom in a pluralistic society like ours, even for those with whom we disagree, naturally becomes a powerful influence and protection against any singular, exclusive force or requirement that would limit freedom. Freedom of conscience for Protestants, Catholics, Muslims, Jews and everyone else guards against ill-gotten authoritarianism and abusive inequality — secular or religious, liberal or conservative.

Thomas Jefferson put it this way: “It behooves every man who values liberty of conscience for himself to resist invasions of it in the case of others, or their case may, by change of circumstances, become his own.”

This is one of the great advantages of our national experience with religious freedom that goes beyond religion and churches. We’re trained and practiced in our history and culture against autocracy. Maintaining this “network” of religious freedom is, in a fashion, our 21st century way of rejecting the “divine right of kings.” And these freedoms, religious and secular, Elder Dallin H. Oaks of The Church of Jesus Christ of Latter-day Saints reminds us, must necessarily “be qualified by the government’s responsibility to protect the health and safety of all.”

It’s not without purpose or intent that freedom of religion is the first right secured in the First Amendment.

This is the lesson and the experience of religious freedom. It’s certainly not an exaggeration when it’s called our “first freedom.”