Permanent Things: Toward an Understanding of Mormons | Meridian Magazine

Permanent Things: Toward an Understanding of Mormons 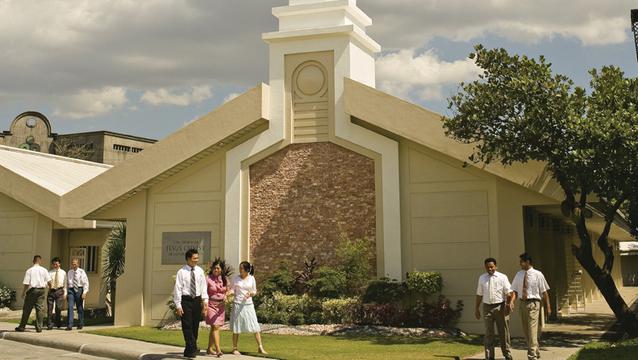 Religion in America is in a state of flux. The 2008 American Religious Identification Survey shows that the number of those who claim no religious affiliation nearly doubled from 8.2 percent in 1990 to 15 percent in 2008.

In addition, Pew’s 2009 Faith in Flux survey found that “about half of American adults have changed religious affiliation at least once during their lives.” A study published in 2010 entitled American Grace: How Religion Divides and Unites Us maintains that in America “it seems perfectly natural to refer to one’s religion as a ‘preference’ instead of as a fixed characteristic.”

In this shifting religious environment it is easy to talk of the fleeting and superficial rather than the deeper foundations of spiritual life. Members of The Church of Jesus Christ of Latter-day Saints understand their message to be the full gospel of Jesus Christ, as set forth in the Bible and other scriptures. What transcendent ideals do they aspire to? How do their beliefs answer the needs of contemporary religious seekers concerned about the great, permanent questions of human life? Among the many ways to approach their religious experiences and beliefs, here are a few basic principles that Latter-day Saints hold to as enduring truths.

Identity: We know ourselves by knowing God

From the very beginning, human beings have sought to understand the meaning and source of their existence. “Know Thyself” has been a call to personal reflection since ancient times. But in this inward quest for self-knowledge, it is easy to get lost. Individuals cannot know themselves without knowing God, their Creator. Joseph Smith, the founding prophet of the Church, taught, “If men do not comprehend the character of God, they do not comprehend themselves.” The dignity and worth of mankind is grounded in its divine origin.

Community: No man is an island unto himself

Throughout history, civilizations have aspired to build an ideal society. This collective effort has taken many forms, from tribe and township to kingdom and commonwealth. From the earliest days of the Church, Latter-day Saints have worked toward creating a community of fellowship and belonging where unique persons come together under a common obligation to God and each other. As human beings are social creatures by nature, so happiness best thrives in a social context. The nature of religious life is communal rather than solitary. Likewise, the Latter-day Saint social ethos is not cloistered, but interwoven in society. Mormons engage with and reach out to people around the world. “Friendship,” said Joseph Smith, “is one of the grand fundamental principles of ‘Mormonism.’”

Eternity: How we fit in the big picture

Measuring life beyond that small space between birth and death is a commonality among virtually all religions. Mormons view themselves as players in a grand historical drama that spans the stages of eternity. God’s great plan of happiness can be likened to a three-act play. In the premortal life of act one, God nurtures His spirit children, who freely learn the principles of truth and happiness, form individual identity and prepare for this mortal experience that they chose to undertake. Act two is the test of mortality on earth. Here God’s children, as embodied individuals, deepen their understanding, knowledge and experience by making choices, exercising faith and relying on the saving grace of Jesus Christ. Act three is the great expanse of life after death when, as one Church leader put it, “the mysteries are solved and everything is put right.” Hereafter, the never-ending course of experience moves onward.

From time to time Mormons are thrust into the public spotlight. Yet the permanent things that ground their inner lives in this changing religious landscape are often left out of the picture. The Mormon understanding of what it means to be human and to belong to the larger human family rarely finds a place in the public narrative. That bigger picture is essential to understanding who Mormons are. One religion scholar said: “Mormonism is a really complex theological system. All its parts fit together beautifully. But if you just know a little bit about one of them, or part of them, it seems weird.” Yet it is these same beliefs that animate Mormons’ public engagement, inspire good works and bless their interaction with family, friends, co-workers and neighbors. Indeed, theirs is an enduring pursuit.