Church Update on Response to Japanese Earthquake and Tsunami 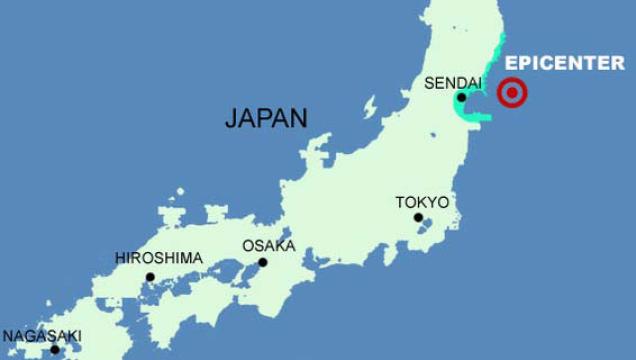 As the aftermath of the earthquake and tsunami continues to unfold, The Church of Jesus Christ of Latter-day Saints is assessing how it will best provide relief. News reports indicate that the death toll from the earthquake and tsunami in Japan is nearing 3,000 and will likely continue to rise. The majority of casualties in Japan are expected to be from the tsunami rather than the earthquake. Tens of thousands more are homeless and millions are without power. The government of Japan has mobilized thousands of troops, planes and ships for a large-scale emergency response operation.

The Church’s First Presidency made the following statement regarding the disaster:

We express our love and support to the people of Japan as they deal with this terrible tragedy. Our prayers, and the prayers of millions of Latter-day Saints across the world, are with them as they begin to recover from this disaster.

Relief Aid
Communication and transportation is difficult in the most affected areas, but local Church leaders are currently discussing with government and humanitarian organizations ways to provide assistance.

Missionaries and Church Members
The Church reported Saturday morning that all of its missionaries serving in Japan are accounted for and mission leaders are taking precautions to ensure that missionaries remain safe. All missionaries are a safe distance from damaged nuclear plants.

It is likely Church members have been directly impacted by the quake, and local Church leaders are working tirelessly to account for them. Approximately 95% of the Latter-day Saints in the affected areas have been contacted, and initial reports indicate there are no confirmed deaths; however, there is limited information on the status of members from the most devastated areas.

Church Buildings
The Church has received several inquiries regarding the condition of its temple in Tokyo and can confirm that there is no significant damage to the building.  While we know that some buildings have sustained varying degrees of damage, Church leaders in the affected areas are assessing the condition of other Church buildings.

The Church has received many calls from individuals asking how to contribute to help those in need. For information, see the LDS Philanthropies website.