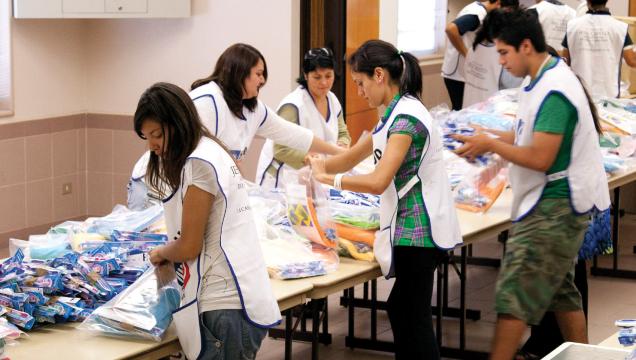 From Haiti to Pakistan to New Zealand, The Church of Jesus Christ of Latter-day Saints reached out to help victims of natural disasters in 58 countries last year. That’s according to the 2010 Welfare Services Emergency Response Report, which reveals that the Church responded to 119 disasters and provided millions of dollars in emergency aid.

Nearly 300,000 people died as a result of more than 350 natural disasters during 2010, making it the deadliest year in the past quarter of a century. Those events include earthquakes, floods, landslides, typhoons, disease, heat waves and volcanic eruptions that affected over 200 million people and caused more than $100 billion in damage.

Here is a look at some of the disasters where the Church responded:

The greatest number of deaths resulted from earthquakes — particularly the devastating Haiti quake in January 2010 that killed an estimated 230,000 in and around Port-au-Prince. Other major earthquakes struck in Concepción, Chile, and Christchurch, New Zealand.

Along with other agencies, the Church responded to each of these events with food and immediate relief supplies. In Haiti, medical volunteers were also deployed to assist the thousands of injured. The Church continues to support Haiti recovery efforts, including employment, education and provisional housing.

Though not as damaging in terms of fatalities, flooding was by far the most widespread form of disaster in 2010, resulting in numerous deaths and driving millions from their homes. In Pakistan alone, 2,000 people were killed and 20 million affected. Weeks of uninterrupted rains also caused flooding and landslides throughout Central America and the northern coast of South America, affecting nearly 2.5 million residents in Colombia and Venezuela.

On the other side of the globe, China, Thailand, Myanmar, Vietnam and the Philippines each battled flooding, resulting in a combined death toll of over 1,800. And in the United States, residents in Tennessee, Kentucky and Missouri experienced the most severe flooding in several decades.

The Church assisted in the relief effort by providing food, water, hygiene kits, blankets, clothing and other supplies to those whose homes were damaged or destroyed. To support the subsequent cleanup efforts, the Church provided cleaning kits and organized teams of volunteers.

The last quarter of 2010 saw two significant cholera outbreaks — the first in the northern Artibonite region of Haiti, which quickly spread throughout all of the country’s provinces and caused more than 3,000 deaths by the end of the year. The second outbreak, in the Daru region of Papua New Guinea, though smaller and less publicized, took 300 lives.

All of these efforts are made possible through the generous donations of members and friends of the Church. One hundred percent of all contributions are used to help those in need.