More Than a Thousand Helping Hands Volunteers in Action in Nova Friburgo, Brazil 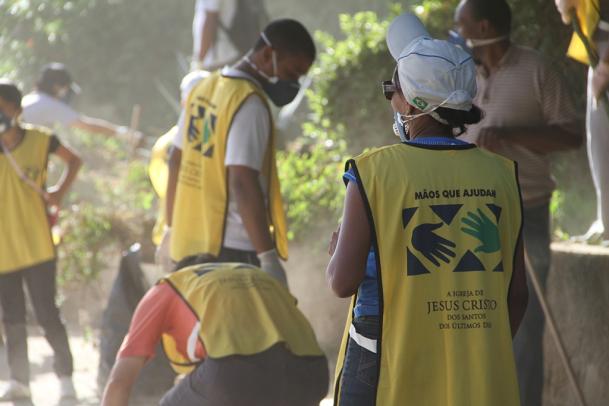 Members of The Church of Jesus Christ of Latter-day Saints took to the mountain region of Nova Friburgo, a municipality in the state of Rio de Janeiro in southeastern Brazil, to clean the city on Saturday, 19 February 2011.

More than a thousand Latter-day Saints, Mormon missionaries and friends of the Church used brooms, shovels and wheelbarrows to clean the city’s streets, hospitals and schools after devastating floods and landslides in January. The Church worked with local government leaders to provide the tools for the clean-up and then donated the tools to the city. The volunteers were dressed in the familiar bright yellow Mormon Helping Hands vests. 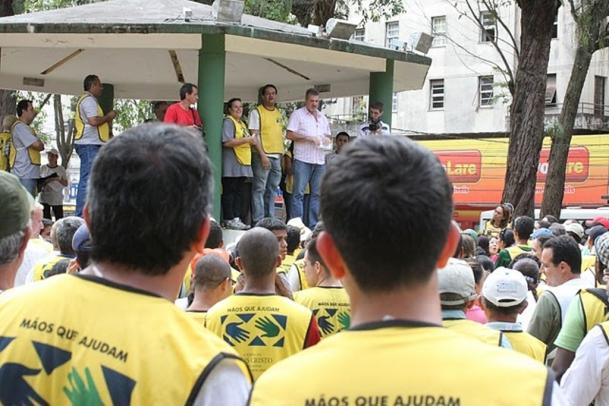 Nova Friburgo mayor thanks Latter-day Saints and friends of the Church for their work.

It was a big project, requiring a lot of people,” said Church leader Elder Roger Cruz. “The feeling of providing service was a spiritual experience for many participants.”

Nova Friburgo Mayor Dermeval Moreira Barbosa Neto was impressed with all the work the volunteers did. “What we saw here was the pure love of Jesus Christ,” he said. At the end of the day, the mayor thanked the volunteers for their efforts. 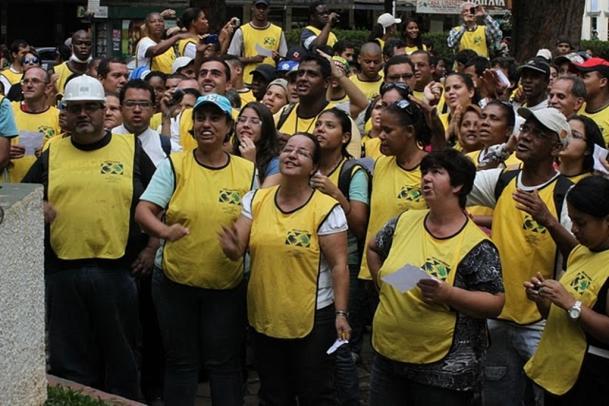 The Mormon Helping Hands project in Nova Friburgo is one of many that have taken place in Brazil and other parts of the world following natural disasters since 1998. Through Mormon Helping Hands Latter-day Saints have also pitched in at other times and in many areas of the world to clean and beautify communities. Thousands of volunteers have donated millions of hours of service.