Mark Albright is the president of the Washington DC South mission and shares these missionary stories with Meridian Magazine.

Today’s story was shared by President and Sister Richard A. Kenney of the Montevideo Uruguay Temple Presidency.  If you want to share a missionary story, send it to President Albright by clicking on the “email author button” by the title of the article. Please note the names of new converts and investigators may be changed to maintain privacy. 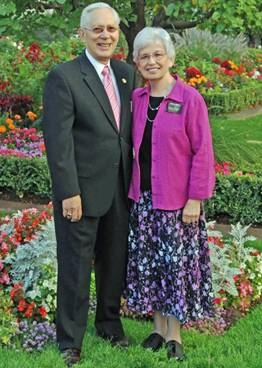 President and Sister Richard A. Kenney of the Montevideo Uruguay Temple Presidency

From 2000 to 2002, I served as the executive secretary to Elder Lynn Mickelsen of the Seventy, who was serving as the area president of Northern Mexico.  One day, after returning from a stake conference in La Paz, Elder Mickelsen reported to us that he had gone to the La Paz stake president’s home for dinner and met his mother.  He asked her when she had joined the Church.

With a great deal of pride and bravado, she stated that she was a “Guillermo Gonzalez” convert.  Elder Mickelsen said that this was the fourth or fifth stake president he had met in Mexico who was a convert of or was a descendent of a “Guillermo Gonzales” convert, and he knew he had to learn more about this man.

Guillermo’s widow and daughter-in-law still lived in Monterrey at the time.  Also one our area seventies, Elder Juan Alveradejo, had been a missionary under Guillermo, so Elder Mickelsen decided to interview them.  Here are some of the things he learned and shared with us about this special leader:

In the late 1950s, when Guillermo Gonzales finished his obligatory military service in the Mexican Army, army officials tried to persuade him to making the military a career and offered him a commission.  He said no and returned to Monterrey.

While visiting his sister, who was a sales clerk in a department store, he was attracted to one of the other sales ladies.  Every time he visited his sister he would spend a lot of time talking to the young woman.  He finally asked her out.  She said no.  She had recently been engaged and her intended died, and she wasn’t ready to start dating yet.

He responded with, “Well, then at least let me walk you home.”  Thus began the first of many long conversations.  Often the couple stood out in front of her house or sat on the porch and talked for hours.  Their conversations frequently touched on religion.

Their practice of having long conversations frequently took place while they lay in bed.  One night as they were talking, Guillermo made a rather remarkable prophecy:  “One day two young ladies will bring us the true religion!”  She replied, “What?”  And he responded with, “What did I say?“  She told him what he had just said.  He responded that he had no idea where that thought or the words had come from.

Guillermo worked on the railroad, which frequently took him out of town for a couple of days.  One evening while he was out of town, his wife came home from work and her mother asked her to get rid of two young ladies (sister missionaries) who were visiting their home next door.  She took the two sister missionaries to her own house, listened to them for a few minutes, and then made an appointment for them the come back the next night.

As soon as the missionaries left, a neighbor came over and told her not to listen to those emissaries of the devil.  So when they came back the next evening, she didn’t answer the door.  When Guillermo later returned home, she told him of her experience with the two missionaries.  He said,  “Maybe those were the two young ladies that I mentioned when we were talking the other night!”   She said that she knew where the sister missionaries lived.  So they walked over to their apartment.  No one was home.  They left a note asking the young ladies to visit them the next day.

The sister missionaries returned the following morning and gave them the first discussion.  When they were about to leave, Guillermo got up and locked the door and said, “You can’t leave us with that teaser.  They gave them all seven discussions over a number of hours.   The Church News ran a brief article on this marathon all-day series of missionary lessons as follows:

One day the missionaries came at 8 a.m. to Guillermo’s home. They taught him the first lesson and were about to leave when Guillermo asked for more information.  The missionaries told him he’d have to read first and wait until next week. Guillermo jumped up, locked the door and secured the bolt. “You can’t leave until you teach me all the lessons,” he told the missionaries.

At 8 p.m., the missionaries said they had more no teachings they could give. “Tell me about the stakes of which you spoke,” asked Guillermo. So the missionaries told him of the program of the stakes. Satisfied, he unlocked the door.  A short time later, he traveled to Salt Lake City and was baptized by Elder LeGrand Richards of the Council of the Twelve.*

Guillermo became the first stake president in Monterrey, Mexico, when the stake was created in 1970.  When it was time for him to be released, the visiting authorities interviewed all of the logical candidates to replace him and didn’t feel right about any of them.  About that time, they saw a young man walking down the hall and asked Guillermo who he was.  Guillermo said:  “Oh, he’s just my brother Humberto, a stake clerk.”  Humberto became the second stake president in Monterrey. 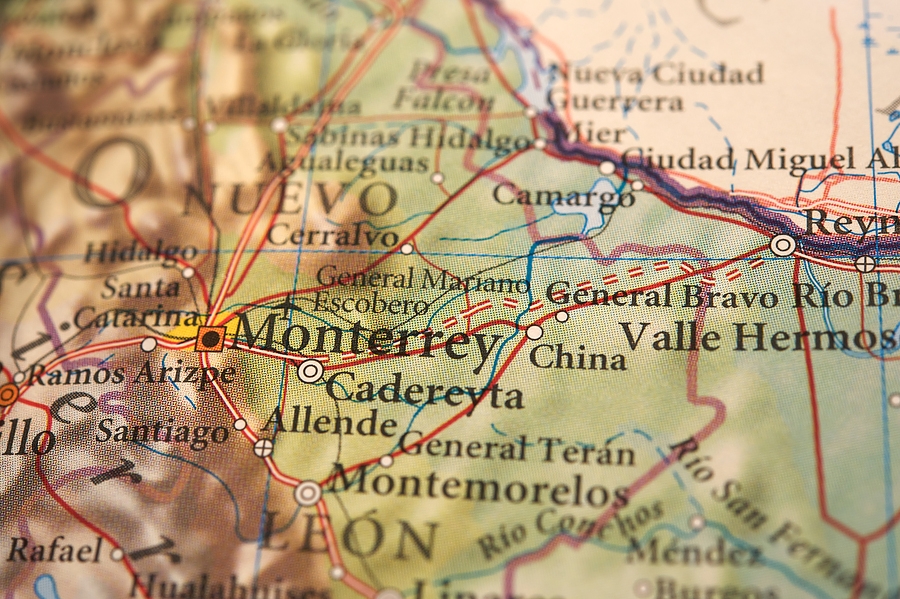 Guillermo was then called to be the mission president in Hermosillo, Mexico.  At that time, there was no training for mission presidents.  He just loaded his wife and two kids into his little car and headed to Hermosillo.  At the time, he didn’t know if there would be a place for him to live or any financial support.  It wasn’t until he met his assistants that he found out that there was a mission home.

After being mission president for two or three months, he held a meeting with his assistants and zone leaders and told them that they didn’t have the least idea on how to bring the people into the waters of baptism.  He announced that he had formed a zone of new greenie missionaries and that they would baptize more people in their first month than any of the experienced zones.  At that time a zone would typically have four or five baptisms per month.  Elder Juan Alveradejo was one of those zone leaders.  He told the missionaries in his zone that that would not happen; they would not be beat by the greenies.

Several months later, Elder Juan Alveradejo was called to be an assistant to President Gonzales.  One day, Juan Alveradejo accompanied President Gonzales on a trip to La Paz, Mexico.  The president had a couple of meetings that he had to attend to and asked Juan and the zone leader that while he was gone if they would determine which families surrounding one of the plazas in town would join the Church.

When he came back he asked for their report.  They said that they were sure there would be several families join the Church, but they didn’t know which ones.  Guillermo then stood in front of each house for a full minute and pointed out four or five houses where he said that those living there would join the Church.  Sure enough, within two or three months all of them had joined.

When Juan’s mission was completed, Guillermo called him in for an interview and asked him what his plans were.  He said that he would return to Mexico City, attend the university, and become an engineer.  The president then asked him if he had a girlfriend waiting for him.  He said no.

The next question was, “Is there any girl that interests you?  Juan said, “Well, I found one of those sister missionaries that you sent to my zone to be very attractive.”  Guillermo then asked, “What does she think?”  Juan had no idea and said they had never talked on a personal basis.

The president then called in the sister missionary, Sister Josefina Guzman, and asked her if she was interested in marrying Juan.  She said:  “Well he is attractive, but I still have nine months to finish my mission.“  The President said, “I’ll take care of that!”  He then had the two of them sit together for an hour and make a decision.  When they said that they were interested, Guillermo called Salt Lake City, arranged for her early release, and purchased plane tickets for them to go to Salt Lake City and be married in the temple before returning home.  During his tenure as mission president, it is estimated approximately 30,000 people were baptized in his mission.

When there was the great explosion of stakes in Mexico City,  Elder Juan Alveradejo was one of the new stake presidents.  In 1990, he was called as mission president in the Peru Lima East Mission; in 1994 he was called as a Regional Representative and in 2000, he was called to be an area seventy, where he served until his release in 2004.

We lived in the same ward with the Alveradejo family while I was serving as executive secretary to the area presidency in Monterrey, Mexico.  We home taught Sister Alveradejo’s mother during that time.  She told us that when her daughter Josefina married Juan after an early release before finishing her mission, she thought that her daughter was crazy!