The Book of Mormon’s Missing Covenant 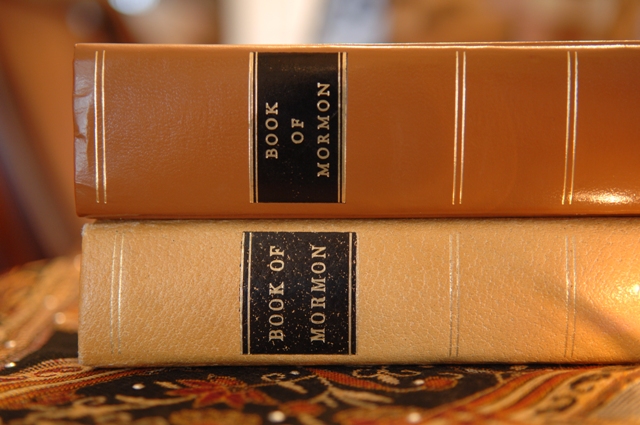 A popular undergraduate textbook, Stephen Harris and Robert Platzner’s The Old Testament: An Introduction to the Hebrew Bible, offers a standard list of the four basic covenants in the Old Testament (pp, 16-17).  How many do you recognize?

1. The Noachan Covenant, declaring that God will never again destroy humanity by a flood (Gen. 9:1-17).

3. The Mosiac Covenant, assuring Israel that God will protect and prosper them as long as they worship him alone and keep his commandments (i.e., the Law of Moses).  This covenant, unlike the first two, is conditional, stipulating that if Israel is not obedient, then God will abandon them to their enemies (Exod. 20; Lev. 26; Deut. 27-28).

If you are like most Latter-day Saints, you’ve heard of the first, and are quite familiar with the second and third.  But the Davidic Covenant?  This one is hardly ever mentioned in LDS sources.  For instance, only the first three covenants appear in the LDS Bible Dictionary (though the Davidic covenant gets a few pages in Glimpses of Lehi’s Jerusalem and Jehovah and the World of the Old Testament).  Perhaps this is because it doesn’t get much attention in the Book of Mormon.

At first glance, this omission is surprising since the Davidic covenant was central to Israel’s identity in 600 BC—a Davidic king had always been on the throne in Judah, throughout its history.  It is bizarre that Jews coming out of Jerusalem at that time period, who were intensely interested in God’s dealing with his chosen people, would have nothing to say on the subject.  It would be like a history of the twentieth century that never mentioned World War II, or a long discussion of the US government that entirely neglected the Constitution.

The title page of the Book of Mormon declares that one of its main purposes was to “show unto the remnant of the House of Israel what great things the Lord hath done for their fathers; and that they may know the covenants of the Lord.”  We don’t find much about the covenant with Noah—probably because the Nephite record keepers were focused on God’s relationship with the House of Israel—but there are numerous references to Abraham and his covenant (e.g., 1 Ne. 15:18; 17:40; 22:9; 2 Ne. 29:14; 3 Ne. 20:25-27; Mormon 5:20; Ether 13:11), and even more to Moses and his law.  In fact, God’s famous promise to Lehi, which is repeated some twenty times, is a reiteration of the Mosaic Covenant: “Inasmuch as ye shall keep my commandments ye shall prosper in the land; but inasmuch as ye will not keep my commandments ye shall be cut off from my presence” (2 Ne. 1:20).

Yet when we look for King David in the Book of Mormon, there is almost nothing—three quick mentions in the Isaiah chapters quoted in 2 Ne. 12-24, and then three negative references when Jacob condemns his many wives and concubines (Jacob 1:15, 2:23-24).  This is very odd, until we try to read the Nephite record historically, that is, imagining what things looked like to people at that time.  And then it is easy to see how awkward the Davidic Covenant would have been for the first generation of Nephites.

Many of the inhabitants of Judah in those days believed that this covenant, like that of Abraham, was unconditional and inviolable.  When God had told David, “Thine house and thy kingdom shall be established for ever before thee: thy throne shall be established for ever” (2 Sam. 7:16), it meant that he would never abandon David’s heirs or David’s capital city Jerusalem, period.  This was, in fact, the argument of Laman and Lemuel in response to Lehi’s warnings (1 Ne. 2:13), and they could quote scripture in support of their position—a position which was shared by most of Jerusalem’s establishment.  (This is sometimes referred to as “royal ideology”; for another example, see Isa. 37:35, where God promises to “defend this city [Jerusalem] to save it for mine own sake, and for my servant David’s sake.”)

In prophesying of the coming destruction of Jerusalem, however, Lehi knew otherwise, and indeed the king at that time, Zedekiah (1 Ne. 1:4), turned out to be the last Davidic king.  The Babylonians captured Jerusalem, destroyed the temple, and brought the royal line of David to an end.  But that required a reinterpretation of the covenant.  Perhaps it was conditional rather than unconditional (Ps. 132:12 suggests as much).  Or perhaps the Davidic line would someday be restored (something that never happened).  Or there might be an entirely different way of looking at the whole problem, by which it might still be regarded as unconditional (Paul offers a solution in Rom. 1:3 when writes of “Jesus Christ our Lord, which was made of the seed of David according to the flesh”).  Even today, scholars argue about the nature of this covenant, and as far as I know, there is no official answer in the restored Gospel.

In any case, it was a problematic issue, and since Lehi had prophesied against the common understanding of the Davidic Covenant, and since the Lehites were of the tribe of Manasseh rather than Judah, David was not central to the Nephite story (unlike, say, Joseph of Egypt).  Nephi didn’t want to provide reasonable-sounding excuses for Laman and Lemuel’s recalcitrance, so he just left David out.  That pattern continued throughout the rest of the Book of Mormon; after Jacob’s negative asides, King David never appears at all.  Strangely enough though, his covenant may be one of the keys to understanding Nephite history.

You probably recall that sometime in the middle of the second century BC, Mosiah1 was warned by God to take his followers out of the land of Nephi.  As they travelled through the wilderness, they discovered the people of Zarahemla, otherwise known as the Mulekites.  The Mulekites, who had brought no records when they left Jerusalem and came to the New World, had lost touch with their Israelite origins, but they did know that their first leader, Mulek, had been a son of King Zedekiah.  This means that they had among them rightful heirs of the divinely-appointed royal line of David, descendants of the only surviving son of the last king of Judah.  (As far as the Jews back in Palestine knew, all of Zedekiah’s sons had been slain; see 2 Kings 25:6-7).

Our historian, Mormon, doesn’t give us the full background; we only learn this crucial detail much, much later in a speech by Nephi2: “And now, will you dispute that Jerusalem was destroyed?  Will ye say that the sons of Zedekiah were not slain, all except it were Mulek?  Yea, and do ye not behold that the seed of Zedekiah are with us, and they were driven out of the land of Jerusalem?” (Hel. 8:21; Mormon also let this information slip at Hel. 6:10).

Now go back and imagine the situation when Mosiah1 first met the Mulekites.

The people of Zarahemla had a vague notion of being part of the covenant lineage of King David, but Mosiah had the scriptures (and the literacy to read them) that would support their claims to royal legitimacy.  At first, this gave Mosiah the upper-hand culturally and ideologically, so Zarahemla’s people were willing to unite with the Nephites under Mosiah’s rule.  It is very rare in history when a small number of outsiders manage to peacefully gain control of a much larger, better established group (Mosiah 25:1-2); Mosiah must have been able to offer something truly remarkable to Mulekite civilization.  He was able to tell them who they really were, based on long-lost scriptures (much as Latter-day Saints can inform the modern Lamanites about their true identity as a remnant of the House of Israel, according to the long-lost Nephite record.)

Note the confluence of scriptures, lineage, and rule at Omni 1:14, 18:

Yet this was a situation that could not last.  As the Mulekites became more culturally sophisticated and more familiar with the promises contained in the Nephite scriptures, it was inevitable that the descendants of Zarahemla, Mulek, and Zedekiah would eventually claim the mantle of Davidic kingship based on the eternal covenant that God had made with David.  This was probably one reason why Mosiah1’s grandson, Mosiah2 thought it best to dissolve the monarchy and establish the reign of judges.  Holding on to kingly authority (see Mosiah 25:13) in the presence of men who could claim direct descent from David himself was simply untenable, according to the very scriptures the Nephites revered.

Indeed, the political divisions that threaten Nephite society throughout the book of Alma—the Amlicites and the King-men—may well have stemmed from descendants of Zedekiah who thought it was God’s will that the David kingship be restored (John Tvedtnes suggested something along these lines in an essay in the FARMS volume Warfare in the Book of Mormon).  Our narrator, Mormon, never quite describes things in this way; instead, he simply notes that “those who were in favor of kings were those of high birth, and they were supported by those who sought power and authority over the people” (Alma 51:8).  He doesn’t explain why they thought they had “the blood of nobility” (51:21); rather, he chalks up their rebellion to an illegitimate desire for power.

Like Nephi, Mormon doesn’t want to unduly complicate his basic message, but modern historians reading primary sources are always on the lookout for the social and economic factors underlying historical events, especially over the long term.  Once we recognize that the Davidic covenant was one of the four fundamental covenants of the Hebrew Bible, many pieces of Nephite history fall into place, even though Mormon really doesn’t want to talk about it.  His concerns lay elsewhere—with prophecy, the Mosaic covenant, the pride cycle, the church founded by Alma1, and Christian redemption.  Nevertheless, it appears that some Nephites still cared about the legacy of King David hundreds of years later; at Mormon 2:5 we get hear about them being driven out of the otherwise unmentioned “land of David.”  It’s always good to remember that the Book of Mormon is not a straightforward, academic-style history; rather, the narrators are shaping their story to highlight points they think are most important for their Latter-day readers.  But sometimes, what they don’t say is almost as interesting as what they do.

Grant Hardy is an associate professor and chairman of the history department at the University of North Carolina at Asheville. He is the author of several books including Understanding the Book of Mormon: A Reader’s Guide. 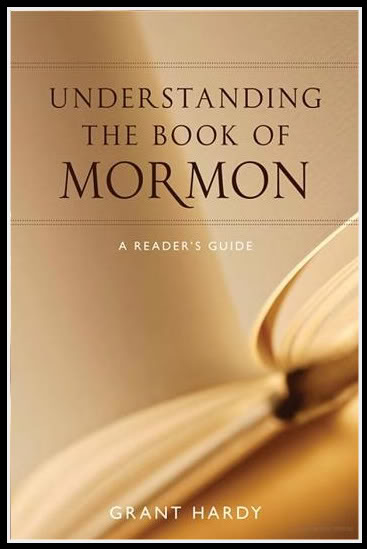