LDS Fiction: A Book That Takes Me by Surprise | Meridian Magazine

LDS Fiction: A Book That Takes Me by Surprise 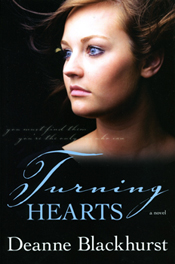 I love it when a book takes me by surprise and exceeds my expectations. Turning Hearts by Deanne Blackhurst is that kind of book. A story about a sister missionary didn’t excite my imagination or stir any great longing in me to read it. I didn’t find the girl pictured on the cover particularly intriguing or appealing either. It was the next book on my “to read” stack, so dutifully, I picked it up and began to read. Wow! Was I in for a delightful surprise!

Amanda changes her mind about getting married one month before her wedding. She hasn’t changed her mind about her fianc, but because of a dream she has had repeatedly all of her life, she has a strong desire to go on a mission. Yes, I know, it’s contrary to Church policy for a young woman to go on a mission instead of getting married if she has an opportunity for a good marriage. I’m not sure her opportunity for marriage was all that good; their relationship seems to be lacking some important elements. Though her parents are unhappy with her choice, her fianc and her bishop agree this is the right choice for her. From this point on the book is filled with her experiences; some wonderful and some heartbreaking, as she struggles with her faith, with companions, with the degrading poverty of the area where she works, her relationship with her fianc who is at BYU, and with the constant nagging compulsion to find and unite a particular family, the family that has haunted her dreams.

There’s a compelling honesty to this story that is neither sugar coated nor apologetic. It’s funny and it’s sad, but it is also uplifting. Though faith is an important component of the story and it revolves around missionary work, it is not preachy. The story feels realistic without edging over into negativism. The writing style is simple and straight forward; the language is current, and the characters, especially Amanda, are warm and real. The story is paced well and holds the reader’s interest from start to end. It’s one of those books that when finished, left me feeling warm and hopeful with just a touch of lingering sadness. A perfect Sunday afternoon read. I recommend it for women of all ages. 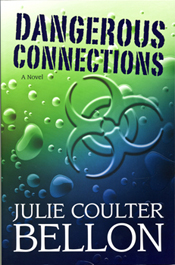 Dangerous Connections by Julie Coulter Bellon will keep the reader turning pages as fast as he or she can devour each page. This is a story of international intrigue set in Paris, France, that is as current as tomorrow’s headlines.

Dr. Tyler Winthrop is on his way to meet his father in Paris for some R & R following an intensive tour of duty in Iraq. Instead of a quiet, restful flight, he’s called into action to deliver a baby that decided to arrive prematurely. When he finally arrives at his hotel, there’s no sign of his father and he discovers that for some unknown reason he is being followed. His path soon crosses that of an undercover French female agent and her severely wounded brother. Between rendering aid to the injured man and his search for his father, he becomes drawn into a desperate effort to prevent a horrific terrorist attack and to evade capture by the terrorists.

Bellon’s ability to add realistic foreign settings and backgrounds to her novels gives them an extra allure and adds an edge to the intrigue. Dangerous Connections is no exception and the French details are particularly well done, including the political differences in English, US, and French approaches to intelligence gathering and the war on terror. I wasn’t even aware France had an Intelligence Organization, though it is only logical that they should, given that every other country does, and it was fun to learn a little bit about it.

I liked Dr. Winthrop very much and enjoyed his characterization, but I had a little trouble with Isabel Floret, the French agent, who seemed much too impulsive and reckless for someone in her position. The secondary characters were interesting, especially the English agent, who is a delightfully complex character. The plot moves quickly, is filled with high level action, and like a good suspense novel should, keeps the reader enthralled from start to finish. Action novel fans, men, women, and teens, will enjoy this one.

Okay, I’ll admit it, I’ve long been a fan of Rachel Ann Nunes’s novels and I was anxious to read her new one, Imprints.

This book has been getting a lot of attention because it’s pretty much a first for an LDS author with an LDS publisher to dabble in the paranormal. I’m not sure that’s entirely good and admittedly it bothers me some. 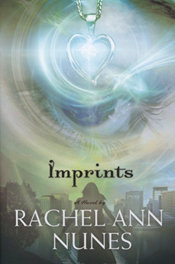 Autumn Rain is unconventional to say the least. Not only does she never wear shoes, she’s a health food nut, dresses oddly, and has the strange ability to absorb emotions or imprints left behind on certain objects by their owners. She’s also in love with Jake, a big dark skinned man with dreadlocks, who bought her adopted father’s herb shop which adjoins her antique shop. Her efforts to help a distraught couple find their daughter and a PI’s search for his sister leads to a cult commune where love is proclaimed but something dark and sinister rules and lives are at stake, including Autumn’s.

It’s strange for me to be drawn into a book when I really don’t like the characters, especially the main one, which I found to be the case with Autumn. She’s just too weird for me. Yet I have to say, Nunes did an excellent job creating a strong, consistent character that fits her story. I picked out the villains early on and found several scenes predictable, still the book held my attention from start to finish. It’s a very hard book to set down. I suspect it will be a strong nominee for the Whitneys next year, but I’m not sure which category to find it in. Paranormal falls into speculative, but the mystery/intrigue is stronger than the supernatural aspects of the story. Medium fans will enjoy this book and so will suspense readers, but those who aren’t comfortable with paranormal phenomena might want to give this one a pass. 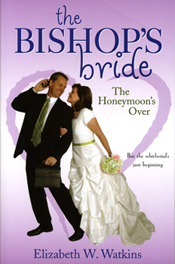 The Bishop’s Bride, The Honeymoon’s Over by Elizabeth W. Watkins is a sequel to The Bishop’s Bride which was released in 2007. The first book was the story of a man called to be a bishop and told he must be married or at least engaged by the time he is to be sustained in three weeks and his whirlwind courtship of Jeanette Parkinson. This new book picks up the story as Andrew and Jeanette return from their brief honeymoon.

The newlyweds are met with all of the problems of a new ward being formed from pieces of three previous wards, the fallout from a mysterious grave in a back yard, the discovery that the hero’s son is engaged to marry a young woman who is probably his first cousin, guests of his Relief Society president who are part of a Chicago crime family, an overly zealous police chief, and a young mother of two toddlers who has been seriously injured in an accident. Add to that the insecurities of a bride who can’t help comparing herself to a much loved predecessor and a husband who is overwhelmed at work as well as in his new calling. Genealogy, or Family History, plays a strong role in this book as does the importance of setting priorities.

The book is fun, illustrates some sound concepts, and is enjoyable from start to finish without any heavy preaching. It provides a close look at the many demands on a bishop and thus on his family. The first book won a resounding number of loyal fans and I suspect this second volume will be as warmly welcomed as the first. 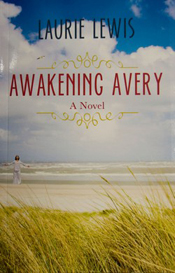 “It takes as long as it takes” is advice given to Avery Thompson as she tries to heal from the depression and uncertainties that follow the death of her husband in Awakening Avery by Laurie Lewis. Her concerned children, all three of whom are adults, worry that they’ll lose their mother too, if she doesn’t deal with her grief and move ahead with her own life. But they all learn that grief can’t just be turned off; instead it must run its course.

She is persuaded to leave her home in Logan, Utah, to spend the summer in Florida near her oldest son who will visit her on weekends. When she finally agrees, plans are made to fly first to Baltimore to close up a condo filled with memories of her husband and their children when they were small.

There she befriends a retired rodeo champion and his wife and through them she learns the owner of a beautiful home on Anna Maria Island is looking for a temporary tenet from Baltimore to trade homes for the summer. So begins a summer of healing, new friendships, and discovery for both of them and their children.

The action in this story is the emotional growth of the various characters as the reader follows their journeys from grief, old prejudices, through faltering faith and the discovery of faith where there was none before, to emotional and spiritual wholeness. The contrasting settings of the novel reflect different phases of Avery’s life; the quiet small town familiarity of Logan with its sheltering mountains, the busy, fast paced crowded Baltimore, and the sun, sand, and ocean of the tourist haven Florida island. All of which the author knows well. This is a character driven novel without a strong action-oriented central plot. It is more literary than genre and readers won’t feel compelled to stay up late to see what happens next, but will instead savor it in small bites.

THE BISHOP’S BRIDE, THE HONEYMOON’S OVER by Elizabeth W. Watkins, published by Covenant Communications, softcover, 193 pages, $14.99