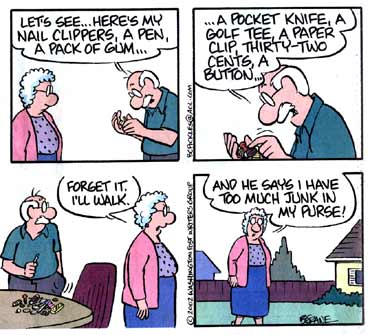 Brian Crane, the creator of the comic strip, Pickles, will speak on “Humor in Our Lives” at 7:00 p.m. on Sunday, May 23, at the Washington D.C. Temple Visitors’ Center. There is no charge for this family-friendly event.

After graduating with an art degree from Brigham Young University in 1973, Mr. Crane spent the next 17 years working as an illustrator, designer and art director in advertising and publishing. He had long yearned to create his own cartoon, and when he finally created Pickles in 1990, he was rejected by three syndications. With the encouragement of his wife, Diana, he submitted it to the Washington Post’s Writers Group and it was accepted. Now celebrating his 20th year as one of the Post’s most popular syndicated cartoonists, his strip appears in over 500 newspapers around the world. He and his wife live in Sparks, Nevada, and have seven children and seven grandchildren.