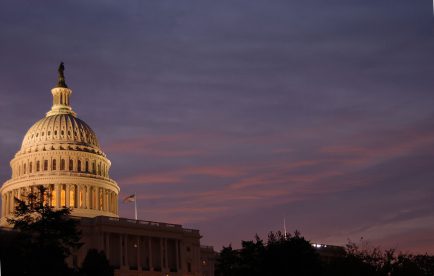 So What Do We Do Now?

For the last 15 weeks, I have shared excerpts from “The War in Heaven Continues”, about a third of the book altogether. I have taken you on a journey of five battlefields in the war between good and evil and attempted to show how Satan wins if …

When Satan battles against the individual, Christ’s teachings, and the family, we know what to do. We have thousands of years of experience on these battlefronts and the doctrines of the Church are replete with the principles and the do’s and don’ts we must follow.

What is less clear is what we must do to preserve the Constitution and thus protect America, a battle that has been with us for only a couple of centuries.

I firmly believe that the battle for the Constitution will be the most critical of all battles in the immediate years ahead because a failure on this front will destroy America, handicap our missionary efforts, and disrupt preparations for the Second Coming more than any other setback.

The Prophet Joseph spoke many times about the Constitution, its sacred principles, its guarantees of religious freedom, its protections, its genius, and its benefits for all mankind. On several occasions he warned of a coming crisis when the Constitution would hang by a thread. In one version he said that, “this people, the sons of Zion, would rise up and save the Constitution and bear it off triumphantly.” In another, that “this people the Latter-day Saints will step forth and save it.” Orson Hyde recalls a more conditional prophecy that “the time would come when the Constitution and the country would be in danger of an overthrow; and said he, if the Constitution be saved at all, it will be by the Elders of this church.”[1]

At a minimum, Joseph knew that members of the restored Church must and will be involved. In fact, he said that, “when the Constitution is upon the brink of ruin, this people shall be the staff upon which the nation shall lean, and they shall bear the Constitution away from the very verge of destruction.”[2]

If we are to be that source of strength for the whole nation, the first step is to become much more knowledgeable and passionate about what we’re defending than we currently are. The second step is to infect others. The third step is to find those venues where we can stand up and be counted – have a public presence.

Over the next few weeks, I will present key excerpts from the Declaration of Independence, the Constitution, and the Bill of Rights that should become as familiar to us as our Articles of Faith. I’ll also give you 16 of the most powerful arguments from the Federalist Papers our Founders used to secure ratification of the Constitution, and suggest that each of us memorize at least a handful of them.

When, as prophesied, the Constitution is on the verge of destruction and the nation teeters, it will not be easy to dislodge those who have usurped power. But change the arrangement we must, for the only way to preserve the Constitution is to demand that government obey it. Delivering that demand will, of necessity, require some form of public activism because the world is run by those who show up, such as the senior citizen who walks into the fire station every Tuesday and asks, “Got anything I can vote on today?”

What this activism phase will look like will depend on how events unfold and the directions given us by the Lord’s prophets and apostles. But at some point we will be asked to stand up and be counted in some publicly visible way – to become the staff the nation leans on.

Pray that we will be knowledgeable, conversant with the thinking of the Founders, and persuasive when that call comes.

Gary Lawrence is a public opinion pollster and author. His book “The War in Heaven Continues” is available at Deseret Book, Ensign Books, and at   GaryCLawrence.com, and will soon be available as an e-book on Amazon. He welcomes reader comments at[email protected].