An exhibit featuring some of the early documents of The Church of Jesus Christ of Latter-day Saints will be on public display at the Church History Library on Temple Square in Salt Lake City beginning 4 September 2014. Foundations of Faith includes 26 books, manuscripts and other historical documents that date back to the 19th century and the beginnings of Mormonism. The Church was organized in 1830 by the faith’s first prophet, Joseph Smith, who Latter-day Saints believe translated the Book of Mormon from an ancient record he was led to by God. 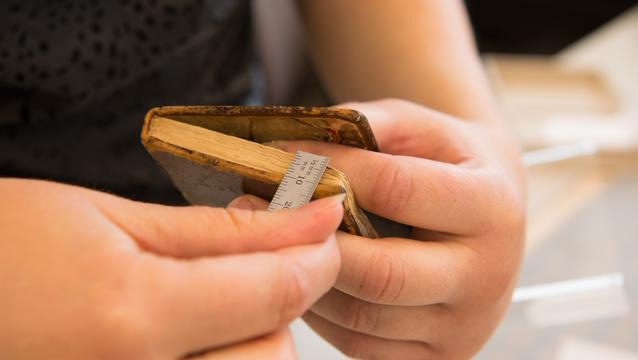 The documents contain some of the most important revelations that led to the founding of The Church of Jesus Christ of Latter-day Saints, which Mormons believe is a restoration of Christ’s ancient church.

“For the first time really we’re displaying some very important documents which are really foundational to our history,” said Elder Steven E. Snow of the First Quorum of the Seventy, who serves as the Church historian and recorder and executive director of the Church History Department.

Elder Snow is excited for the public to see the scriptures in their original form. “These are beautiful documents, I believe, to see first of all, and secondly, I just think it reinforces our faith.”

“We literally have millions of pages of journals, diaries of documents, artifacts, but of all of those documents, artifacts, we believe this collection represents well the Restoration of the Church,” added Elder Snow. “And I think that’s what makes history so interesting – not just the documents and the dates, but the stories associated with them that make history come alive to me.” 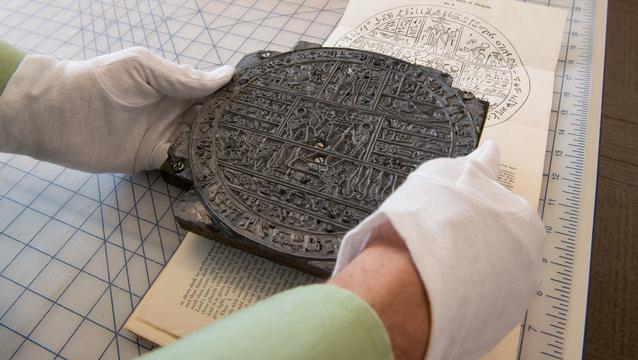 Secure exhibit cases that control the temperature, humidity and light levels have been built to display the artifacts. Sensors turn on the lights when visitors approach the display cases.

“I think the most valuable piece in the collection will depend on the person viewing the collection,” said Chris McAfee, senior conservator at the Church History Library who said planning for the exhibit took about a year. McAfee connects with the copy of the Book of Mormon that was read by Hyrum Smith, Joseph’s brother, before they left for Carthage Jail, where they were killed by a mob. The book still has the page turned down where Hyrum was reading.

Katie Smith, book and paper conservator says it has been a time-consuming and humbling experience to prepare the items for display, including making the mounts that support the artifacts by hand. “We actually build in and make a packing that we can actually stick between our mounts and the [pages] so that gravity doesn’t slowly degrade the books that we’re exhibiting,” Smith explained. She says that damage could include pulling and tearing the books’ pages and binding. 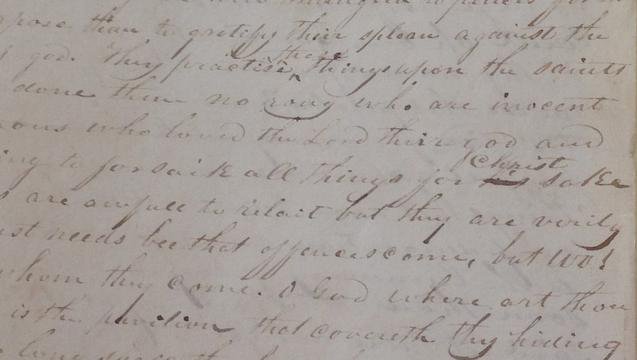 Elder Snow’s favorite item in the collection is a portion of the original manuscript of the Book of Mormon in Oliver Cowdery’s handwriting. Cowdery and others served as scribes to Joseph Smith.

“These documents represent an important part of our history,” emphasized Elder Snow. “We hope people will have a chance to come and view them and learn a little bit more about these documents and their stories.”

A free booklet is available that provides specific details about each item. Video displays will also describe the exhibit. Visitors, especially those who may not be able to come to Salt Lake City, can also take a virtual tour of the collection online.

Both the booklet and website will be published in 10 languages.


The items will be on display for at least several years in the Church History Library’s open reading room, located on the main level, during regular business hours. There is no charge to see the exhibit.