Review: Into the Woods at the Utah Shakespeare Festival | Meridian Magazine

Review: Into the Woods at the Utah Shakespeare Festival

As an examination of the dangerous pursuit of “happily-ever-after” and the sometimes-tragic consequences of getting what one wants, Stephen Sondheim’s two-act musical Into the Woods (playing through August 30 at the Utah Shakespeare Festival) is a mixed bag of hit-or-miss comedy and drama. The first act is delightful, with a baker and his wife questing to undo a witch’s curse of barrenness and, in the process, crossing paths with Cinderella, Rapunzel, Little Red Riding Hood, and Jack (of the beanstalk fame). As each seeks their happy ending their tales are turned on their respective heads in clever and witty ways. 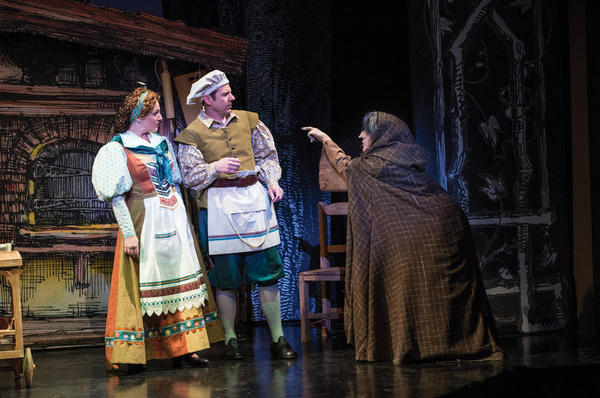 The second act of this two-act play explores what happens after the classic stories end. It’s a deft idea, and while the first act is peppy and fun, this latter portion is more somber, bittersweet, and at times touching. It’s also too slowly-paced. What’s more, the narrative arrives at some places that, for me, were very unsatisfying, including an adulterous affair that, while not without consequences, is arguably romanticized and portrayed without regret. What’s more, the emotional climax of the play drives home the philosophy of moral relativity: “You decide what’s right, you decide what’s wrong” the actors sing repeatedly. This may ring true to many people, but not to me. 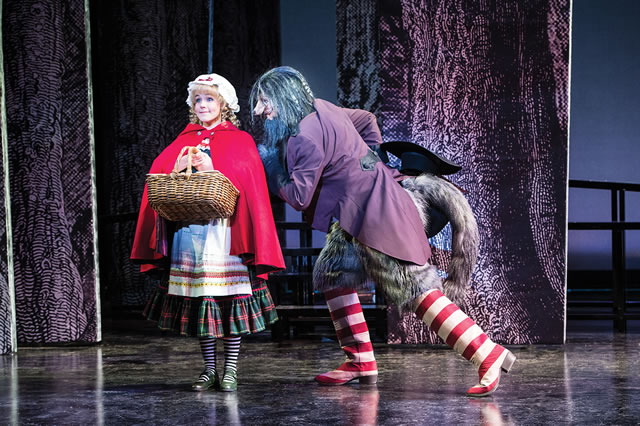 Still, there’s insight to be gained here and fun to be had. “Agony,” a song by two brotherly princes out to woo Rapunzel and Cinderella, is a riot. The song is great, but the performances elevate it to something truly special. The tale of Little Red Riding Hood and the wolf has always been a cautionary tale about strangers, but here it’s specifically a metaphor about child predators, and the girl’s newly-empowered attitude upon slaying the beast is engaging. The performances and production design here are excellent; the issues are with the original script. Disney is turning this into a star-studded movie this year; rumor is they’ve had to “water-down” some of the more adult elements. I can see why.