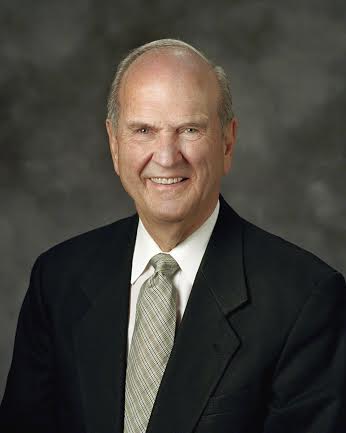 Elder Russell M. Nelson, a member of the Quorum of the Twelve Apostles of The Church of Jesus Christ of Latter-day Saints, is scheduled to be the presiding authority and speaker during Brigham Young Universitys Commencement Exercises on Thursday, August 14, at 4 p.m., in the Marriott Center. BYU President Kevin J Worthen will conduct the exercises.

The student speaker for the commencement will be Phoebe Romney Cook, who is graduating with a Bachelor of Arts degree in Interdisciplinary Humanities and a minor in editing. She is from Salt Lake City.

A total of 1276 students from 10 colleges will be receiving degrees at the ceremonies, with 235 of those students receiving graduate degrees.

Tickets are not required for commencement or for college convocations.

The Army ROTC will be commissioning three cadets Thursday at 11 a.m. in W408 and W410 of the N. Eldon Tanner Building. Retired Colonel Gary Keck will speak at the ceremony.

The Air Force ROTC will hold its commissioning ceremony for four cadets Friday at 10 a.m. in the Wilkinson Student Center Room 3380. Retired U.S. Air Force Colonel Roger Maher will speak at the ceremony.

Elder Russell M. Nelson was called as a member of the Quorum of the Twelve Apostles of The Church of Jesus Christ of Latter-day Saints on April 7, 1984.

An internationally renowned surgeon and medical researcher, Dr. Nelson received his B.A. and M.D. degrees from the University of Utah. He served his residency in surgery at Massachusetts General Hospital in Boston and at the University of Minnesota, where he was awarded his Ph.D. degree. BYU honored him with an honorary degree of Doctor of Science.

His professional work included the positions of research professor of surgery and director of the Thoracic Surgery Residency at the University of Utah and chairman of the Division of Thoracic Surgery at LDS Hospital in Salt Lake City.

Elder Nelson has held numerous positions of responsibility in the Church, including stake president of the Bonneville Stake, general president of the Sunday School and Regional Representative.