The Ogden Utah Temple of The Church of Jesus Christ of Latter-day Saints will open for free public tours beginning Friday, 1 August, through Saturday, 6 September 2014, excluding Sundays. Reservations for the open house can be made by visiting the www.templeopenhouse.lds.org website (a maximum of 25 reservations can be made at a time) or by calling 1-855-537-2000. Larger group reservations may also be accommodated by calling this number. 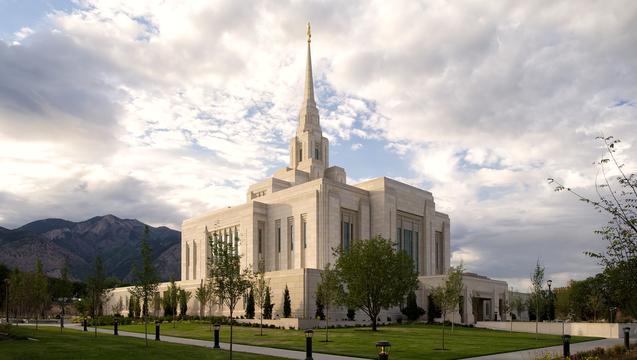 Once the open house has concluded, the temple will be formally dedicated on Sunday, 21 September 2014. Three dedicatory sessions will be broadcast at 10:00 a.m., 1:00 p.m., and 4:00 p.m. to Latter-day Saint meetinghouses throughout Utah and in areas of Wyoming and Idaho within the temples district. 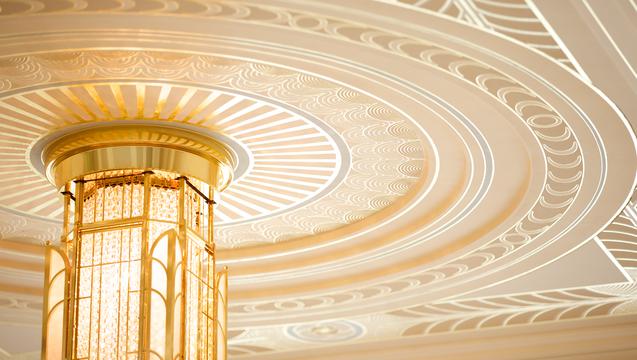 Once rededicated, the Ogden Utah Temple will be one of 143 operating temples of the Church worldwide and will serve more than 200,000 Latter-day Saints living in northern Utah and parts of Wyoming and Idaho.

In conjunction with the temple rededication, there will also be two cultural celebrations featuring music and dance on Saturday, 20 September 2014.

As part of the renovation, the temples entire exterior has been reshaped with new stone and art glass. The temples main entrance was moved from the west side to the east side, where it faces Washington Boulevard, one of the citys main streets. The renovation of the temple also includes reconfigured rooms and new energy-saving electrical, heating, and plumbing systems. Other notable improvements include adding underground parking, new landscaping of the temple block, and the addition of a major water feature. 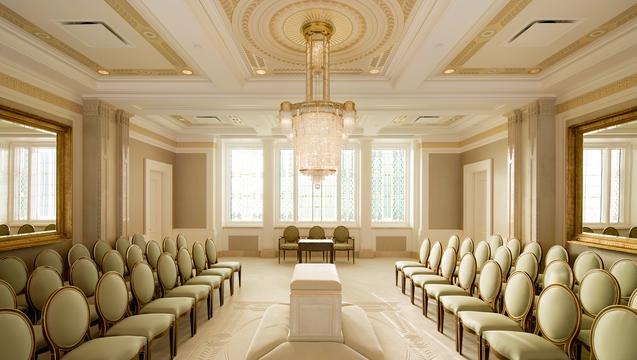 The Ogden Utah Temple was originally dedicated in 1972 as the 14th operating temple of the Church and the 5th in Utah. It will be one of 14 dedicated temples in Utah. The other 13 include the Bountiful Temple, Brigham City Temple, Draper Temple, Jordan River Temple, Logan Temple, Manti Temple,Monticello Temple, Mount Timpanogos Temple, Oquirrh Mountain Temple, Provo Temple, Salt Lake Temple, St. George Temple, and Vernal Temple. Additional temples have been announced or are under construction in Provo, Payson, and Cedar City.

The Ogden temple is located at 350 22nd Street in Ogden, Utah.

While the Churchs 18,000-plus meetinghouses are open to all people who wish to attend religious services temples, after they are formally dedicated, are open only to faithful Latter-day Saints. Temples are considered “houses of the Lord” where Christs teachings are reaffirmed through marriage, baptism and other ordinances that unite families for eternity. Inside, members learn more about the purpose of life and make promises to serve Jesus Christ and their fellowmen.