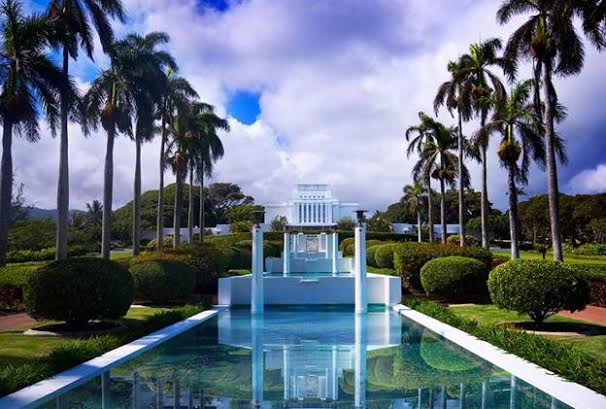 I was born in Pittsburgh and raised in Jeannette, Pennsylvania.  My eyesight was excellent as a small child, but when I was 9 years old, I sustained a serious injury when I fell off an elevated porch and landed face down on the concrete below.  I was rushed to the hospital where by eyes remained swollen shut for about two weeks.  My sight slowly deteriorated after that incident.

At 13, I realized I could no longer see my father’s hand signals in the boat while I was waterskiing.  At 15 I could no longer see the blackboard in my school classroom.  I recall asking the girl sitting in front of me to read out loud to me the test questions which our teacher had written on the board during math class.  I was in the 10thgrade. The teacher heard us speaking and erroneously assumed that I was cheating and angrily sent me to the principal’s office.  It was very humiliating to be wrongfully accused in front of my classmates. To make matters worse, neither the teacher nor the principal would believe me when I explained that I could not read the writing on the blackboard.

The school principal eventually arranged for me to see an eye doctor to have my vision tested.  Much to everyone’s surprise, it was discovered that I was legally blind and that my vision was slowly and almost imperceptibly growing worse, with no known cure.  Later I was diagnosed with a form of juvenile macular degeneration known as Stargardt’s disease. 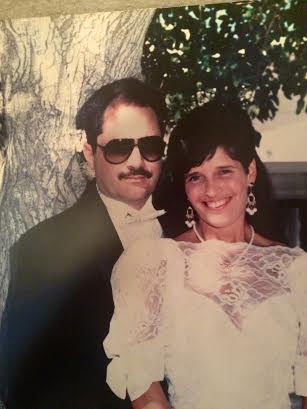 Eventually I married and had two children.  In 1996, my husband Bob and I moved to Hawaii where we lived in Wahiawa, on the island of Oahu. .  I was working for the state assisting the disabled as an Assistive Technologist.  While living in Hawaii, I finally received my first guide dog.  At this point, my eyesight had deteriorated to the point where I could only see shadows, shapes and motions.

Bob was serving as a volunteer scoutmaster in our community for the Salvation Army located in Wahiawa.  After several months, the local Boy Scout council planned a Saturday of training for the scoutmasters in the various troops scattered throughout the island, regardless of their religious affiliation.  During one of these scout-training sessions, Bob got to know one of the LDS scoutmasters located in our same town, Brother Perry.  Brother Perry kindly invited Bob to attend the LDS sacrament meeting at the Wahiawa Ward the following Sunday. He made it clear that Bob should bring his entire family and that we would all be welcome.   Bob told me about the invitation and we immediately agreed to attend together as a family.  It just felt like the right thing to do.

The next Sunday morning we dressed in our finest and drove over to the LDS chapel, not knowing what to expect.  The moment we walked through the door on that beautiful Sunday morning, we both knew that this was where the Lord wanted us to be.  We could feel the holy spirit so strongly, that we instantly knew that this was where we needed to be.  This would be our new church; there was no question about it. Although I was too blind to see the faces of those around me, I could feel their love for us and the Lord.  We felt welcomed here.  After church we were introduced to the missionaries.  We immediately agreed to take the missionary lessons.  Our many questions were all answered by the elders.  We took some of the lessons in the home of Brother Perry, who had first invited us to start this wonderful adventure as a family.  Two weeks later we were baptized.

At our family’s baptism on February 7, 1998, my husband Bob was baptized first, then given the Aaronic priesthood.  Bob then baptized my son and daughter and then finally me!  It was an amazing experience.  I remember it like yesterday.  I have never felt cleaner in my entire life.  I could even see Bob’s face crystal clear for the first time in my life during the baptism.  Even though it was only momentary, I am eternally grateful for such a tender mercy to see my husband’s face.  One year to the day after our baptism, we were sealed together as a family at the nearby Temple in Laie, Hawaii. The church has blessed our lives immeasurably.

[…] Missionary Moment: Blind in Hawaii – The school principal eventually arranged for me to see an eye doctor to have my vision tested … In 1996, my husband Bob and I moved to Hawaii where we lived in Wahiawa, on the island of Oahu. . I was working for the state assisting the disabled as … […]

[…] Missionary Moment: Blind in Hawaii – The school principal eventually arranged for me to see an eye doctor to have my vision tested … In 1996, my husband Bob and I moved to Hawaii where we lived in Wahiawa, on the island of Oahu. . I was working for the state assisting the disabled as … […]