Members of The Church of Jesus Christ of Latter-day Saints are providing ongoing cleanup efforts following a devastating wildfire that destroyed hundreds of homes in Valparaiso, Chile last month. Thousands of people were left homeless and 15 people died in the port city, located northwest of Santiago in central Chile. The fire began on 14 April 2014 and burned for days. 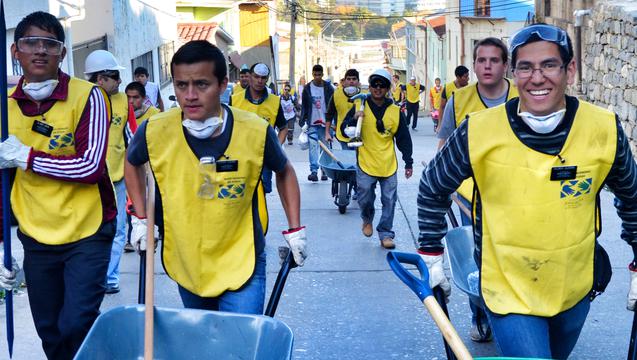 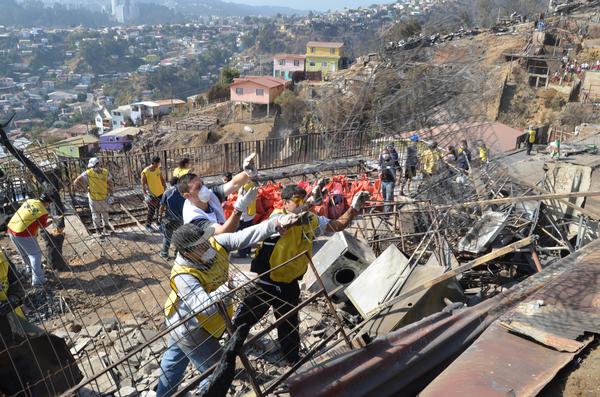 Thousands of Mormon Helping Hands volunteers from various Latter-day Saint congregations and missionaries organized immediately after the fire to help those affected. Assisting in cleanup and debris removal was the main task for workers right after the fire. Here a group of volunteers prepares for a day of service in the hills of Valparaiso. 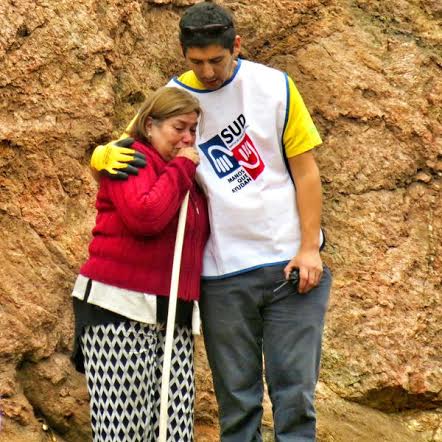 Latter-day Saint volunteers also deliver comfort to residents who lost their homes in the fire. 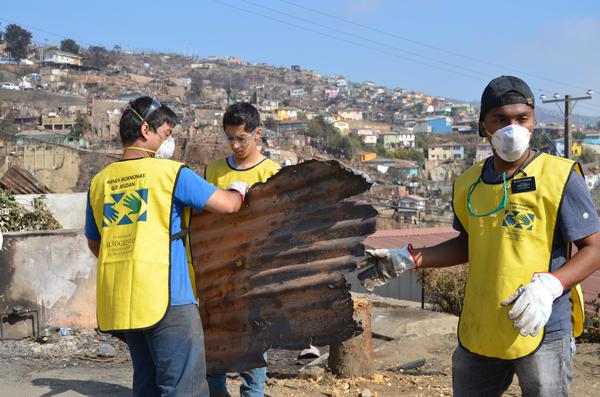 Missionaries from the Via del Mar Mission put on volunteer vests to serve those impacted by one of the largest fires ever known in Chile. 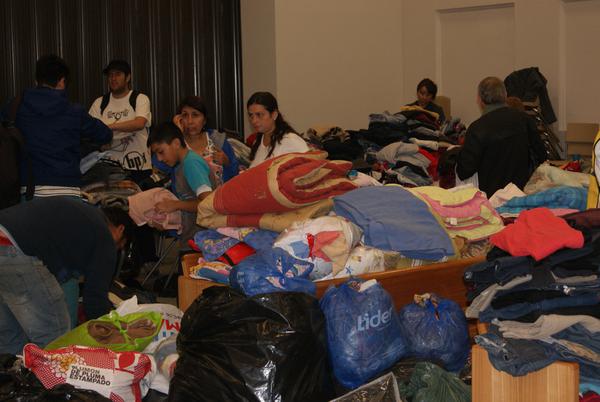 Sisters of the Relief Society of the Church receive and sort clothing and other donations for the victims. 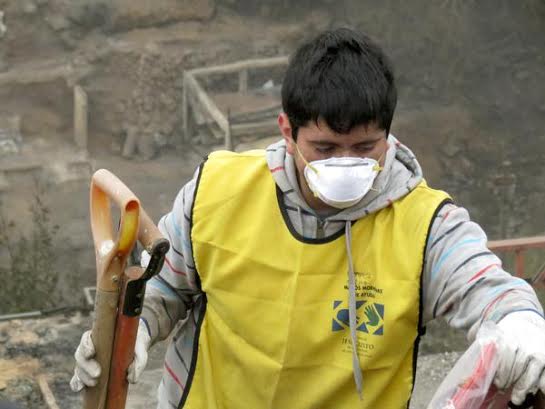 The youth of the Church also help the fire victims.