Godzilla is Exciting and Emotional 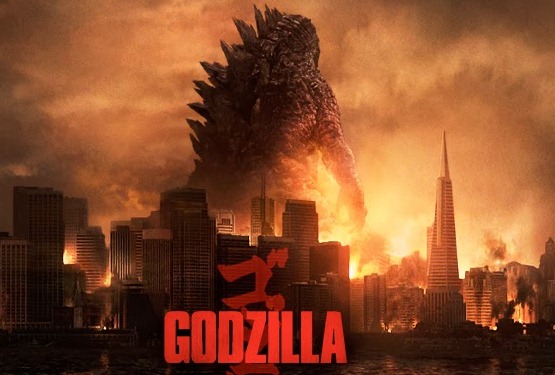 Director Gareth Edwards has delivered the rare monster movie that is grounded in emotional reality. Like Spielberg with Jaws, Edwards ratchets up the tension by spending most of the movie investing the audience in his human characters while giving us teasing glimpses of the monster. Rest assured, when the big fella finally does his thing, you’ll be stomping your feet and cheering (literally, in the case of the crowd I saw it with).

Some critics have complained that the human element is too bland here, and while it’s true that the film could have benefited from more humor (it is almost relentlessly tense), I related to the protagonists because they felt like real, average people instead of larger-than-life movie characters. The series of coincidences that places them at every major event here is a bit hard to swallow, but if you can suspend disbelief their constant presence gives the film an emotional anchor amidst the chaos. While the supporting actors (including Bryan Cranston, Juliette Binoche, David Strathairn, and Ken Watanabe) are at times more interesting than the leads, Aaron Taylor-Johnson and Elizabeth Olsen are fine as the soldier and his wife whose safety you will root for. 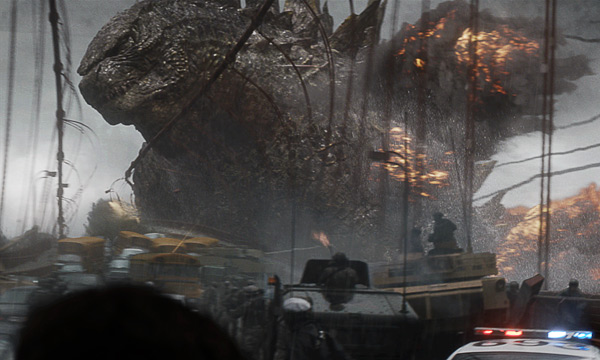 Alexandre Desplat’s musical score is perfect for this film, as is Seamus McGarvey’s “you are there on the ground” cinematography. The film itself is refreshingly positive in its depiction of marriage and families, the military, and even faith in God (a soldier prays out loud in a scene devoid of cynicism). As for the titular character, cinema’s “king of the monsters” is a triumph of character design, at once true to his roots while thrillingly updated. I’m ready for more.

CONTENT OVERVIEW: Godzilla is rated PG-13. It has one s-word and a few mild profanities, but harsh language isn’t a major concern here. A husband and wife kiss while she sits on his lap on a couch, but the scene ends there. The rating is primarily for the mayhem, peril, and destruction inherent to giant battles between monsters and military forces. Appropriate, in my opinion, for older children and up.

MESSAGES TO DISCUSS: While mankind has stewardship over the Earth (see Genesis 1:26) we should have a proper respect for nature (and, by extension, its Creator; see Moses 1:8-10 and Helaman 12:7-15). Pray always, that you may come off conqueror (see Doctrine and Covenants 10:5). Do whatever it takes to protect your family (see Alma 43:45).

Jonathan Decker is a licensed marriage and family therapist providing face-to-face counseling as well as online webcam sessions. He is the co-host of The KJZZ Movie Show on KJZZ-TV in Utah. His book, 250 Great Movies for Latter-day Families is now available to purchase from Cedar Fort Publishing. Jonathan reviews Hollywood films from a Latter-day Saint perspective at www.mormonmovieguy.com He is married with four children.

It is a waste of money! The human characters never are developed. Emotional? Only if you call a wet dishrag emotional. Sorry, we thought it was only worth rotten tomatoes.