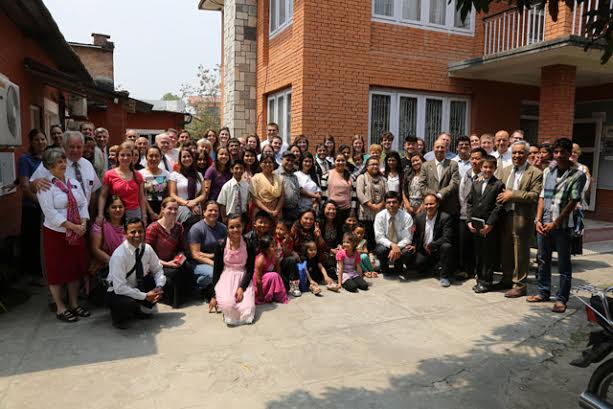 It is Saturday in Kathmandu, Nepal, the day Latter-day Saints join for meetings and celebrate the Sabbath. Members who come up the pitted, dirt road to the church are first met by a young man, wearing a black mask, to protect his lungs from the smoky air. He is standing as a sentinel at a black gate allowing people in who have come for church.

Nepal is where the earth scrapes the sky at its highest point, where Everest towers well more than five miles above the sea. It seems it should be a place of clean air to match the towering peaks, but not in this slash and burn season. Now the air makes people cough and sputter. 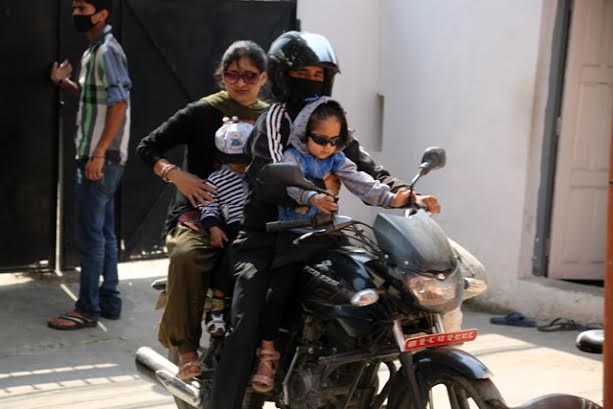 The sentinel opens the black gate and in rides a family of five on a motorbike.* While it seems overloaded to eyes accustomed to western standards of safety, a motorbike is a common form of transportation in Kathmandu, a step up from walking long distances. The father, too wears a mask, to shield tender lungs from the air.

This is Chandra Adhikari. In front of him rides a daughter. Behind him is his wife, Shanti, and secured between them two more children. There is a story here. In some ways it is the story that is played out again and again across nations as the culture of the kingdom of God sometimes challenges the long-held cultural traditions of the people of the world.

Since temple sealing is the binding by God of two souls who choose to be together eternally, a necessary ordinance to enter into the highest place in the Celestial kingdom, marriage is at the center of the gospel understanding of Latter-day Saints.

Marriage matters to Nepalis too, so much so, in fact, that the choice is taken out of the hands of the young and placed instead with parents who presumably combine wisdom with the best interests of their child.

That this system sometimes works poorly or that choices are occasionally made on grounds to favor the family’s fortune is certainly true. Yet, many Nepalis cherish and trust this custom. 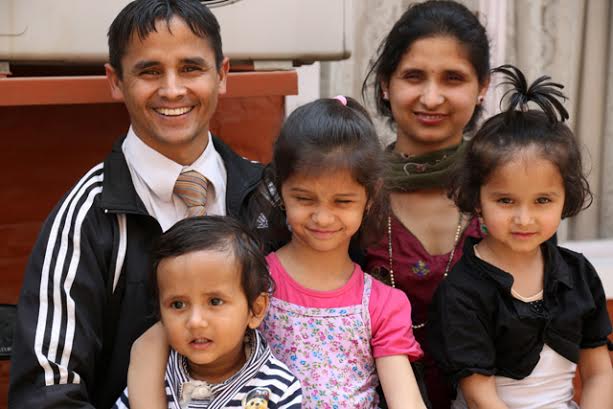 Chandra is one of those. He joined the church at 19 and served in the India Bangalore mission. Soon thereafter while Chandra was taking a reunion trip to spend time with some of his family again, he found out from his older brother that he had chosen a bride for him. Though that would throw most of us into a spin, “It did not happen out of the blue,” Chandra said. He had expected it. He actually welcomed it. “I had complete trust in him,” Chandra said.

Of course, the problem is that his parents were not members of the Church and church membership played no role for them when they instructed their older son to choose a bride for the younger. This critical value that would matter to any Church member eager for a temple sealing, played no role in their choice.

His wedding day was set. He did not see his bride before their wedding day and only talked to her a few moments before the ceremony.

He, of course, intended to remain active, but he let the choice of whether his bride would learn about the Church and become baptized be entirely hers.

He said, “I was not worried that much. I wanted her to know that what I was following in living the gospel was true even for her. I went to Church alone the first week after our marriage. She came to Church the second week and she came every week after. After ten months Shanti was baptized and finally they were able to be sealed two weeks before the birth of their daughter Sariah. 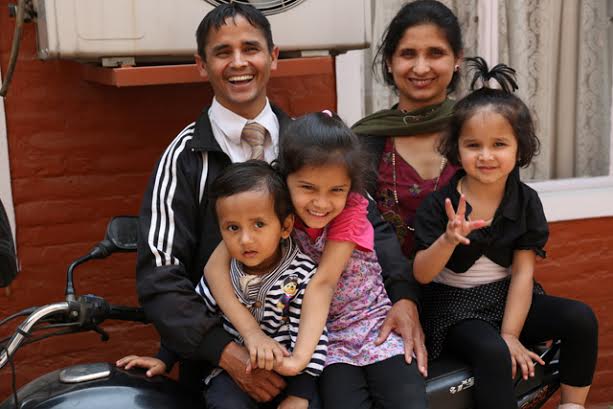 How do you make an arranged marriage work where you are starting with no understanding of the other person? “You have to have complete trust with another,” Chandra said.

Of course, the custom of arranged marriages can also devastate the temple sealing a young Latter-day Saint hopes for in India or Bangalore. Since the parents of young converts may not care about if their child marries a Latter-day Saint they can be sealed to, some young converts, tender in their testimonies, are carried away by spouses who do not respect their religious choice. 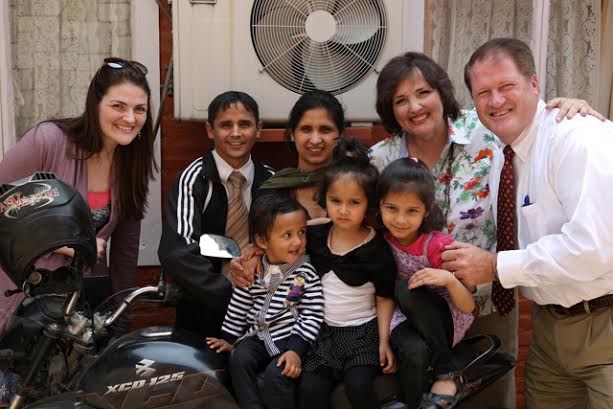 *Chandra has since commented that the day this picture was taken with the motorbike loaded down was the exception rather than the rule. Usually his wife and children ride with another family while he takes the bike. On this occasion two of the them had taken the public bus while the others rode together on the bike.

Very common in Islamic culture. I've known many people from India and Sri Lanka who had arranged marriages. Seems to work better than what we do in the West.

Years ago when we were first married, my husband was in charge of missionary work in the church. And Elder came to him and told him about the same situation. Arrangements were made with the uncle to un- arrange the marriage. I guess it depends on the individuals.