When a Catholic, an Evangelical, and a Mormon Shared Easter | Meridian Magazine

When a Catholic, an Evangelical, and a Mormon Shared Easter

Editor’s note: This article was originally written by marriage and family therapist Jonathan Decker for his web site.

Catholics, Evangelicals, and Mormons. Three divergent branches of Christianity whose doctrinal differences have led to everything from declaring each other un-Christian to literal warfare. There have been harsh judgments, persecutions, retaliations, and all sorts of behavior that Jesus would certainly weep over. Yet one beautiful weekend I discovered that there is hope for members of these faiths, and people of all worldviews, to find common ground, harmony, and friendship. It was the Easter I felt nearest to the Prince of Peace. It was the weekend when an Evangelical, a Mormon, and a Catholic shared Easter.

It was 2009. I was earning a master’s degree in marriage and family therapy at Auburn University in Alabama. Although I faced some prejudice, most people were kind, curious, and respectful with regards to my Latter-day Saint beliefs. Two such friends were Rachel (an Evangelical) and Janet, who had decided to convert to Catholicism. When Janet invited us to her First Communion, to take place on Good Friday, we saw an opportunity to gain perspective on each other’s beliefs by going to each other’s services. 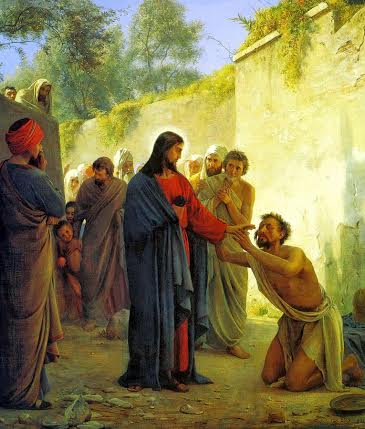 As I sat through the Catholic communion Friday night, I was impressed by the holiness and respectfulness of the service. The priests and parishioners approached God with the utmost reverence. It was easy to lose myself in deep thought, reflecting on the life of Jesus. On Sunday morning we went to the evangelical service. It was full of joyous praise. I felt my burdens lifted and my hope renewed in the company of these kind and passionate people. Afterwards we all went to the Latter-day Saint sacrament. My friends were impressed by the testimonies given by lay members. They enjoyed hearing how the Savior had touched the lives of everyday men and women.

While we disagreed on doctrine and differed in tradition, we found that what united us was greater than what divided us. We all believed that Jesus Christ is the Son of God and our Savior. We had a mutual need for His grace. We all cherished the Bible as the word of God. For each of us, our faith inspired us to live lives of compassion, charity, and conscience.

I’ve attended services at the Dexter Avenue Baptist Church in Montgomery, Alabama, where Dr. King preached and the Rosa Parks bus boycotts were organized. My family and I have been the National Cathedral in Washington D.C. and Temple Square in Salt Lake City. I’ve visited numerous churches in South America. I’ve felt God’s presence in all of them, as He said would happen: “Wherever two or three are gathered in my name, there I am in the midst of them” (Matthew 18:20). I know also that the Lord is greater than any house of worship (see Acts 7:48). I have felt Him nearby while experiencing nature, enjoying the love of my family, and interacting with my clients. 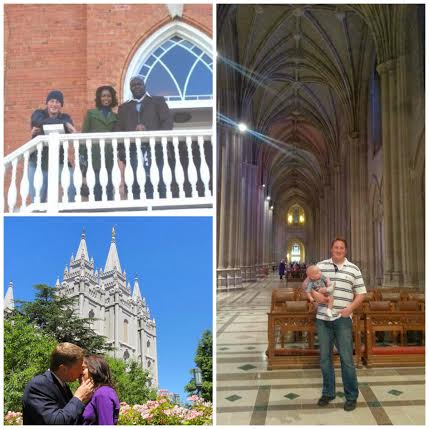 I’m not suggesting that all religions are basically the same, or that our unique traditions and doctrines don’t matter. I cherish my beliefs, as I’m sure you do yours. What I am saying is that God loves all of us, not just the members of any one faith. We are all His children. My life has been enriched by my friendships with people of other faiths, and of no faith at all. I believe that I am a better person for knowing them, for allowing my understanding to be broadened by their perspectives and experiences. 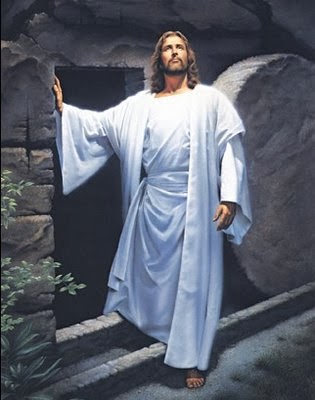 The story of Easter is one of overcoming.That’s why we celebrate it. It is about Jesus overcoming death with resurrection, of course, but it is also the story of his example in overcoming the prejudice that surrounded him. He met hatred with love, suffering with compassion, mistakes with forgiveness, and heartache with understanding.

For believers and nonbelievers alike, the story of Easter is one of Christ inviting us to achieve greatness. He exemplified how we could become our best selves through helping other people and lifting their burdens. He invited us to be people of integrity and conscience. Easter is about the belief, and accompanying action, that each of us can overcome the worst parts of our nature and rise to our potential. That was the lesson to me on that weekend in 2009, when a Catholic, an Evangelical, and a Mormon shared Easter, bypassing centuries of fear and prejudice to love and understand each other a little bit more.

Jonathan Decker is a licensed marriage and family therapist offering in person and online sessions (visit his web site). He reviews Hollywood films from a Latter-day Saint perspective at www.mormonmovieguy.com. Jonathan’s book, 250 Great Movies for Latter-day Families, is now available.

Thank you for reaching out, Janes.