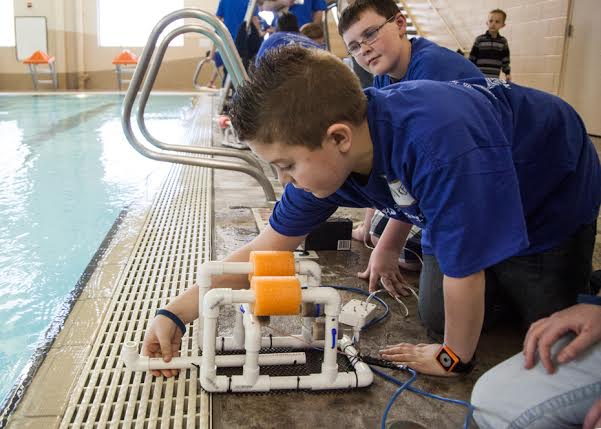 Hosted by BYU’s Splash Lab out of the Ira A. Fulton College of Engineering and Technology, the competition at the Lehi Legacy Center featured students from 15 Utah schools who navigated self-built robots through underwater obstacle courses.

In only its second year, the Utah Underwater Robotics program has nearly doubled in size-last year about 280 students from eight schools participated. The program teaches school kids valuable STEM concepts through the mentoring of BYU students.

Utah’s competition is one of the largest in the nation and feeds into the national SeaPerch program.

The program was originally founded by a grant from the Office of Naval Research, while this year a group of local companies, including US synthetic, Hill Air Force Base and BYU, are providing the funding. 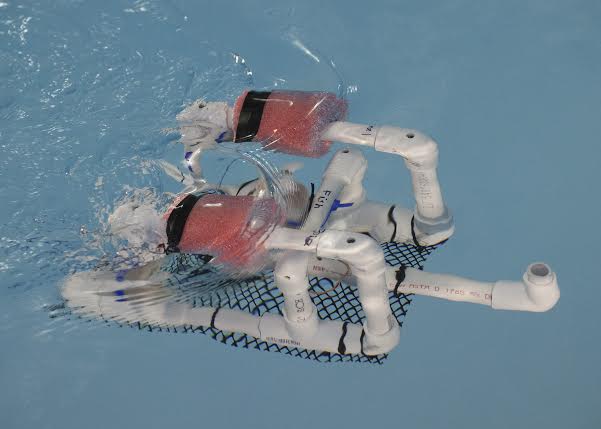 Organizers hope the relatively fast growth of the Utah Underwater Robotics program serves as a potential model for future STEM (Science, Technology, Engineering and Mathematics) initiatives at the state level.

BYU professor of mechanical engineering Tadd Truscott, who helps direct the program, told a reporter from KUER that the competition shows kids are capable of accomplishing amazing things at an early age.

“But we tend to hold them back because we’re like, oh you’ve got to know this principle before you can play’. But that’s not true right? If you give kids a bucket of sticks, it’s possible they might build a tower taller than an engineer,” Truscott said in the interview.

Help Your Children Use Technology to Create Family History Magic

We Think We’re Right—but We’re Not