The Return of the Biblical Epic | Meridian Magazine

The Return of the Biblical Epic 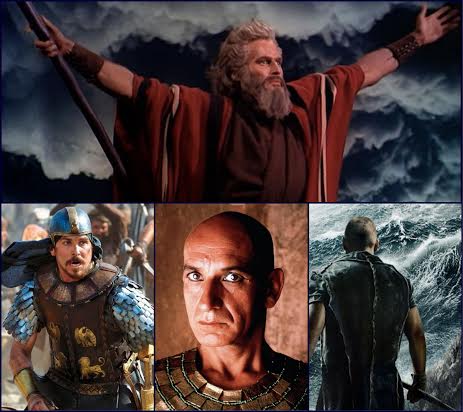 Cecil B. DeMille called cut’ on the great exodus scene from the 1956 film, The Ten Commandments. Just then one of his cameramen reported that there’d been a problem with the film in his camera and he hadn’t gotten the shot. Thankfully, they’d been rolling on three different cameras and he asked the second cameraman if he’d gotten it, only to learn that a camel had alighted from the parade directly in front of him blocking the whole shot. DeMille called out to the third, “Did you get it?” and the third cameraman shouted back, “Ready whenever you are!”

The story may only be hearsay, but the scale of the biblical epic’ is true, and in 2014 films, of this scale and on these stories are making their return to the silver screen.

The Ten Commandments was preceded by the 1953 film The Robe and followed by such films as 1959’s Ben-Hur and the 1965 film, The Greatest Story Ever Told. The popularity of the biblical epic genre in the 1950s and 1960s was likely not only a result of post-war conservatism, but also a product of the advent of television that was small and in black-and-white creating the perfect opportunity for films full of color and scale to attract audiences to the big screen.

Film technology continues to transform and increase the scale of our films and 2014 has seen a revival of the biblical epic genre with at least four major theatrical releases of bible stories this year and another half a dozen or so in the development stage.

With a society of increased secularism, one wonders if these new epics will find the warm reception that their predecessors found. It also begs the question of what Hollywood’s motivation is in returning to this source material for cinematic inspiration. Below is a list of the biblical epics with release dates already set: 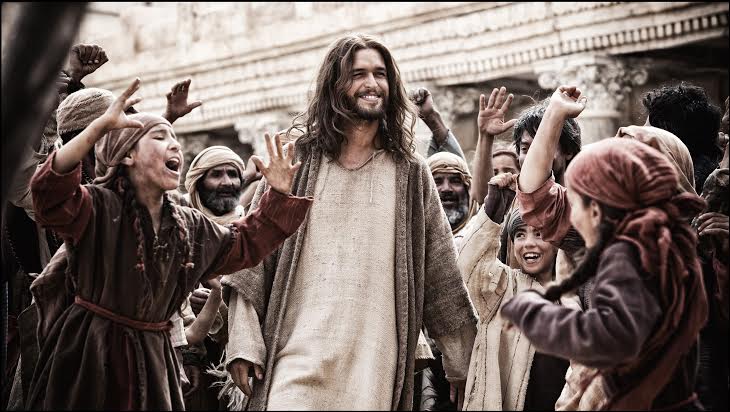 (scroll to the bottom of the page to see a trailer)

The new big-screen account of the life of Christ is the first of this new trend of Biblical epics out of the gate. There has been a rush of pre-release support for this film from church groups all over the country. It was produced by Roma Downey (best known for her work on Touched by an Angel) and her husband Mark Burnett (producer of such shows as The Voice, and Survivor) as an extension of their extremely successful miniseries for the History Channel simply titled, The Bible.

Son of God incorporates the scenes from Christ’s life from the miniseries as well as integrating new scenes and sequences shot especially for this project. The original miniseries had great success, setting a record as the fasting selling miniseries ever, though it garnered mixed reviews for its literal interpretation of the Gospels. Whether its fan base will come out to see the same material on the big screen remains to be seen. 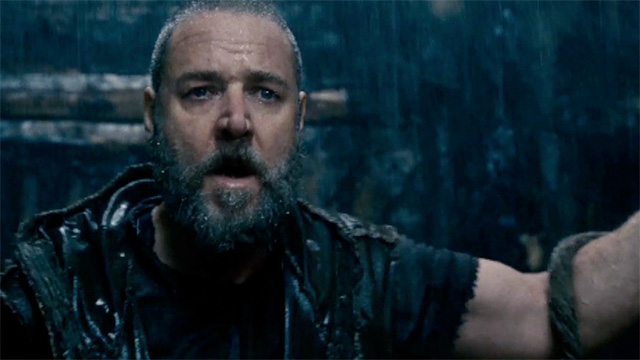 (scroll to the bottom of the page to see a trailer)

A lot of controversy has surrounded Darren Aronofsky’s take on the Great Flood and the prophet asked by God to preserve mankind. Aronofsky is known for his stunning visual artistry, directing such films as Black Swan and The Fountain. But in initial test screenings of the film, devoutly Christian audiences took issue with the loose interpretation of the story. The film’s producer, Scott Franklin responded in an interview with Entertainment Weekly by saying, “Noah is a very short section of the Bible with a lot of gaps, so we definitely had to take some creative expression in it…but I think we stayed very true to the story and didn’t really deviate from the Bible, despite the six-armed angels.”

At the outset of test screenings, the production was rumored to have changed and edited some aspects of their approach to the story to respond to objections made. It was announced earlier this month, however, that Paramount has agreed to release Aronofsky’s original version of the film.

Following this announcement, the film’s biblical consultant, John Snowden, has published an article entitled Why People of Faith can Embrace the Noah’ Movie. Snowden admits to his own skepticism when he was first asked to consult on the project, though he was impressed that they made it a priority to involve his sort of advisory. Ultimately, working with and seeing the final cut of the film has convinced him of very succinct reasons why this will add to rather than take away from your understanding of Noah’s story. 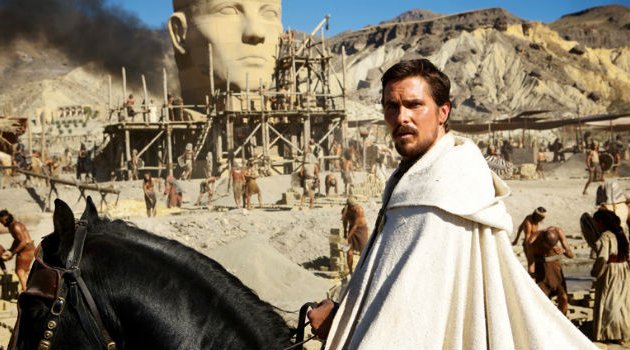 This film is directed by Ridley Scott (Black Hawk Down, The Counselor), whose self-identified atheism provides an interesting directorial position from which to portray the parting of a great sea or the conferral of commandments through the power of God. The film was originally pitched as a “visually stunning action piece,” and the release of some images from the film suggest that Moses might be charging into battle as a military and not just a spiritual leader. Undoubtedly some creative license will be taken though Scott says, “you have to treat [the story] with great respect.”

The film features Christian Bale as Moses, Joel Edgerton as Ramses, and John Turturro and Sigourney Weaver as Tuya and Seti.

In addition, Mary also titled Mary Mother of Christ has a tentative release date for December of this year, though not much information has been announced beyond that. 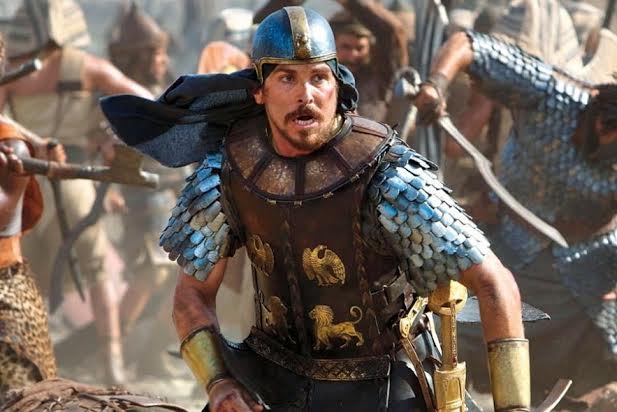 The film stars 16-year-old Israeli actress Odeya Rush with Ben Kingsley as King Herrod. Ben Kingsley never seems to be far away when epic stories of the ancient world are being made.  He will also play a Hebrew teacher in Exodus.

In a society when morality is becoming a more and more relative concept in the public view, it is in many ways not surprising that people would hark back to the Bible in trying to create good drama. If there isn’t a clear sense of what’s right and wrong or what somebody ought to do, then it’s difficult to create very high stakes in a story beyond the protagonist staying out of physical danger. In addition, it is easier to draw a large audience to a film with characters they are already familiar with than to try to illicit interest in a completely unknown story or moment in history.

These films are being made by A-list directors and filled with A-list actors rather than the Christian filmmaking niche you might expect. Though many of them seem to be making an effort to appeal to and mollify rather than alienate the religious audience. Other projects in development include Brad Pitt in the title role of a film called Pontius Pilate and Will Smith making his directorial debut with The Redemption of Cain.

What do you think? What’s your guess on the reasons behind the return of the biblical epic? Do you think it will help or harm the public attitude toward religion? Leave your comments and enjoy the trailers below.

mrs buster- I stayed & despite some straying in what I consider doctrine- ( & the violence wasn't gratuitous-alot less that the passion)... the audience was sniffling & I did not see a dry eye as we left. This will indeed touch many & does a good joy to encourage us to think about Christ!

I am for it: any press can be good press. I believe that God is in the details. Jesus spoke to the masses in parable's , and his reasoning was that the ears of most people were "filled with the wax of the conversation of the world" and in effect they could not "hear" the truth as spoken plainly. So these movies may have flaws in doctrine and are superfluous in presentation, but just like parables, they are presented in a way that any one with ears to hear and eyes to see, will.