The 12 contributors and profiteers of sexual exploitation 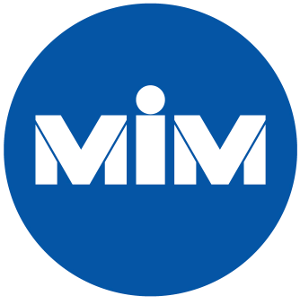 WASHINGTON, D.C. – Morality in Media announces the 2014 Dirty Dozen List, a compilation of the leading facilitators of pornography in America.

The 2014 Dirty Dozen List highlights offenders with an explanation of how they contribute to a culture of sexual exploitation. The campaign provides actions the public can take to persuade these individuals and organizations to change their policies and practices. These include calls and letters to headquarters, and social media interaction.

“Once again Attorney General Eric Holder tops our Dirty Dozen List for his support of pornographers over children and families,” said Patrick A. Trueman, President of Morality in Media. “As the pandemic of harm from pornography grows, Holder gives criminal pornographers the green light to proceed by stopping all enforcement of federal obscenity laws.”

“These Dirty Dozen companies profit daily from the sexual exploitation of others and our campaign against them will not stop until their exploitation stops. Many of them may be in violation of current, enforceable U.S. obscenity laws that prohibit the distribution of obscene or hardcore pornography,” said Dawn Hawkins, Morality in Media’s executive director.

For more information on this campaign, go to the Dirty Dozen website. The full, updated list includes:

Attorney General Eric Holder – Mr. Holder refuses to enforce existing federal obscenity laws against hardcore adult pornography, despite the fact that these laws have been upheld by the U.S. Supreme Court and effectively enforced by previous attorneys general.

Facebook – Facebook has become a top place to trade pornography, child pornography and for sexual exploitation. Facebook’s guidelines prohibit such behavior, but the company is doing little to enforce them.

American Library Association – The ALA encourages public libraries to keep their computers unfiltered and allow patrons, including children, to access pornography.

50 Shades of Gray – This bestselling book series and upcoming movie are normalizing sexual violence, domination, and torture of women. Oprah Winfrey Network, Broadway and other mainstream outlets have even promoted this abusive lifestyle.

Cosmopolitan Magazine – The magazine is a full-on pornographic, “how-to” sex guide, encouraging women to accept the pornified culture around them. They specifically market this content to teen girls.

Founded in 1962, Morality in Media, Inc. is the leading national non-profit organization dedicated to opposing pornography through education about its illegality and harms by highlighting the links to sex trafficking, violence against women, child abuse and addiction.