Genealogy experts are experiencing a race against time in Sub-Saharan Africa; an area that spans 36 countries. There is an urgency to collect oral interviews of African genealogy because family historians are aging and some are dying before those histories can be recorded.

Dr. Osei-Agyemang Bonsu, an area manager for the Church’s FamilySearch International, is working hard to preserve family history in Sub-Saharan Africa. He has spent the past five years working with a team of contractors to record the histories and take pictures of the elderly family historians he called “informants.” 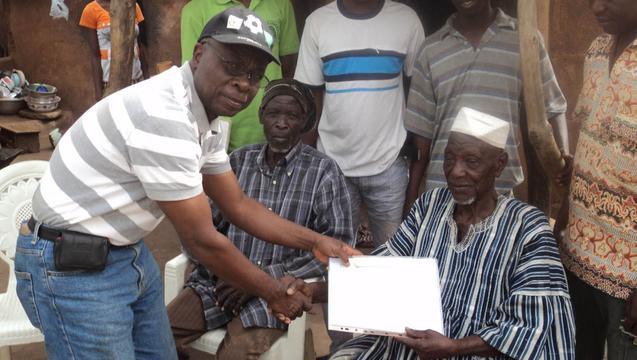 Ultimately the team’s efforts will be freely searchable online at FamilySearch.org. “Every family has a particular person who knows the history of that particular family, and you need to know who that person is,” said Bonsu during a Skype interview from Ghana. “They are dying fast and going away with all this information.”

Written records for many Native Africans didn’t appear until war registration records were created in 1949, and he said those are deteriorating. “They are not well-kept and they are not on quality paper, and so these are also getting lost quickly,” added Bonsu, who has been involved in efforts to digitize historic records in Ghana, Ivory Coast, Liberia, South Africa and Zimbabwe. He said field workers will be moving to records in Nigeria this year.

“We are losing information every day, and that’s my worry,” said Bonsu, who spoke at the RootsTech Conference in Salt Lake City on 6 February 2014, on the challenges facing those tracing their African ancestry. 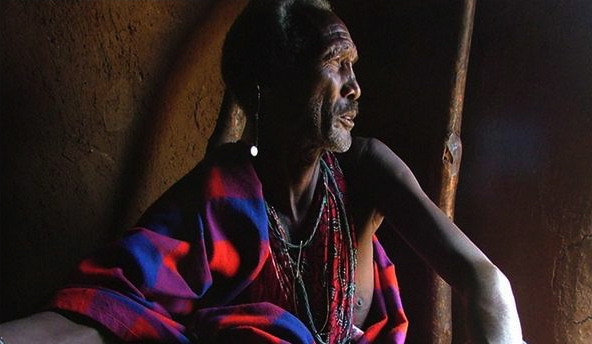 “To me the biggest issue is the naming system,” explained Bonsu. “In some tribes there’s nothing like surnames.” Some people have several names, including choosing a name for those who are Christian. “You can drop one of your names any time, and pick the other at any time; that makes it very challenging,” he said. African women who marry also may not register the name of their husband.

Bonsu told the story of an 86-year-old informant who spent three days recording the family history of his village with his contractors. On the fourth day, they returned to thank him before moving on to another village only to learn that he had died. “If we had been just three days late, all of the information would have been gone,” he said. They attended his funeral and donated a copy of the information to the family, “and that was the greatest thing that they ever got and they cherished it so much.”

The local youth used to sit with the informants and talk to them about their family histories, but Bonsu said “urban drift” is an issue as they leave their villages. “Now because of poverty, a lot of these young men are coming to the city,” he said.

Many contractors are working to gather the oral histories with audio recorders and digital cameras, said Bonsu but more resources are needed for the field workers to speed up the work. He explained that the majority of the contractors who are recording the oral histories are not members of the Church, but “they love it and they are so happy to be part of it.”

Bonsu estimates that 10,000 oral histories have been recorded so far. His hope is to have other organizations join the project so at least 50,000 interviews can be achieved in the next five years. The eventual goal is to cover most of the continent, said Bonsu.

“The people we are interviewing are so happy,” he said. “It’s one thing, just having the history. It’s another thing showing the pictures of the people you have talked to. That makes all the difference.”

Another way families in Africa are sharing their histories is by using a family tree or drawing pictures as a way to record genealogy. “The time to make all of the effort to collect this information is now–not tomorrow, not the day after tomorrow, but now, and that is what we’re hoping that we can get all the support to do,” concluded Bonsu.

Genealogical research can be challenging for people trying to fill in their family tree with ancestors of African descent, especially if those relatives endured early-American slavery. Most slaves from Africa arrived in the U.S. by 1800, virtually severing any connection to family remaining in their home villages.

Such an abrupt disruption in lineage has made it tough for African Americans to find their ancestors on that continent, said Jim Ison, an Ohio-based Northeast area manager for FamilySearch. “Unless you have a strong oral history that’s remained, that becomes a problem for African Americans,” said Ison.

Many African Americans were not included in census data until 1870. “As you move back in time and as you get through the Emancipation, it becomes much more difficult,” confirmed Ison. The Emancipation Proclamation ending slavery in the U.S. was an executive order issued by President Lincoln in 1863.

Ison added that the Freemen’s records have limited information. “While it’s really great if your ancestor was a depositor, not that many people were depositors.” He said records of enslaved people may be helpful. “If they can figure out who the slaveholder was, they can start researching the slaveholders’ family.”

Elon Cook, Tamu Smith, and Zandra Vranes are friends who use FamilySearch to trace their African roots and who also attended the RootsTech Conference in Salt Lake City.

Cook has traced her ancestors of African descent back to the late 1700s and likes to meet people who have common ancestors. “It has been a really amazing experience usually starting from a document that I find online and then taking it into the real world,” she said.

Smith was able to locate an online document that listed her great, great grandmother on a slave registry. “It just does something to you to see a family member, to see that record, to see the age, to see who they were there with; it just did something to me that I was not expecting the emotions that I felt,” said Smith.

NaDine Timothy at FamilySearch in Salt Lake City has assisted those doing research on their families for more than 30 years, watching the “boom” in family history as more and more online resources become available.

Timothy explained that many African Americans “tried on two or three surnames” during the slavery era, and there are gaps in the information that can be challenging for those doing research. Members of the same family often ended up with different last names, added Ison.

Timothy said one of the biggest challenges for those of African descent or other ethnicities is just getting started. “Many of them have many painful issues in the past dealing with slavery or forced migration,” she added.

“The most difficult part of [tracing lineage of] any immigrant is simply jumping the Atlantic trying to get from one place in the U.S. to some place in Africa,” said Timothy. When they do make that jump, she encouraged family history researchers to learn about the traditions of their ancestors’ villages so they don’t run the risk of offending tribal or community elders.

Timothy urged those doing family history to keep a “written trail” of their searches, whether they get positive or negative results. “It’s easy to become discouraged; they should never give up hope. I have seen amazing things happen. If the first person doesn’t give you the right advice, don’t get discouraged; just move on,” she said.

“Don’t assume that your family was enslaved,” stressed Ison. He once helped an African American woman find early census records and a marriage certificate dating back to 1835 in Ohio, which was a free state. “As difficult as research could be, you really need to give it a serious try because you never know what you’re going to find. It’s amazing to find the things that our ancestors did so that we enjoy the freedoms and the comforts that we do.”

FamilySearch offers free photo and story preservation features on its website where families today can collaborate to preserve and share their family’s memories for future generations through trees, stories, and photos.

FamilySearch is a non-profit organization considered the largest genealogy organization in the world. It’s based in Salt Lake City, Utah, and is supported by The Church of Jesus Christ of Latter-day Saints.

FamilySearch has created an interim website, Community Trees, to host information being collected through oral histories in Africa and other parts of the world.

In addition, FamilySearch has an online resource for those doing research on their African Americans ancestors. Collections include records from all of the U.S. Federal Censuses, the Civil War and the Freedmen’s Bureau, a U.S. federal government agency initiated by President Abraham Lincoln after the Civil War to assist distressed freed slaves and give them a safe place to put their money. More information about the Freedmen’s Bureau records can be found in this online video.

What is happening in the family search area with native American Indian family names? I've never heard anything about it.