Richard E. Turley Jr., assistant historian and recorder for The Church of Jesus Christ of Latter-day Saints, has received national recognition for his contributions to public history.

The 2013 Herbert Feis Award from the American Historical Association (AHA) was given to Turley during the association’s 128th annual meeting, 2-5 January 2014, in Washington, D.C. 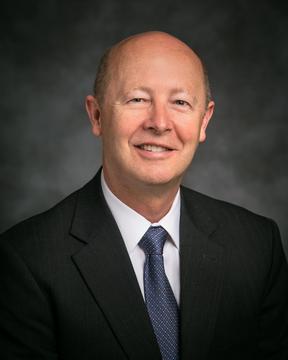 “Richard E. Turley Jr., the assistant Church historian and recorder of The Church of Jesus Christ of Latter-day Saints, has guided the Church’s significant history operations, including archives, museums, 25 historic sites and a vast records management system. “His actions stand as a beacon to others,” noted Carroll Van West, the 2013 Feis Award committee chair and director of the Center for Historic Preservation at Middle Tennessee State University.

Turley said, “This award recognizes the work of many thousands of employees, missionaries, and volunteers over recent decades to make Church history and family history information available to millions of people around the globe.”

The Herbert Feis Award, established in 1984, is named in memory of Herbert Feis (1893-1972), public servant and historian of recent American foreign policy, with an initial endowment from the Rockefeller Foundation. Initially awarded for books produced by historians working outside of academe, the scope of the award was changed in 2006 to emphasize significant contributions in the field of public history.

The American Historical Association is a nonprofit membership organization founded in 1884 and incorporated by Congress in 1889 for the promotion of historical studies. The AHA provides leadership for the discipline, protects academic freedom, develops professional standards, aids in the pursuit and publication of scholarship, and supplies various services to sustain and enhance the work of its members. As the largest organization of historians in the United States, the AHA is comprised of over 14,000 members and serves historians representing every historical period and geographical area.