The Fear of the Lord | Meridian Magazine

The Fear of the Lord 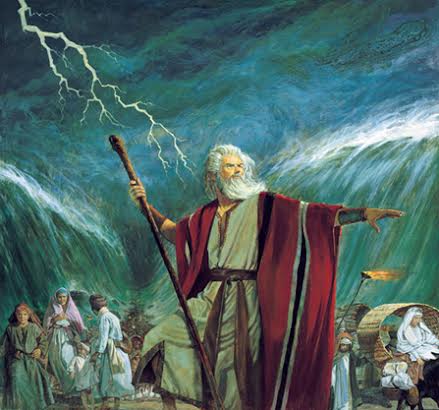 This fear is not the terror that we so often associate with this kind of emotion. The Lord does not often respond to that kind of fear,

“When your fear cometh as desolation, and your destruction cometh as a whirlwind; when distress and anguish cometh upon you. Then shall they call upon me, but I will not answer; they shall seek me early, but they shall not find me. For that they hated knowledge, and did not choose the fear of the LORD” (Proverbs 1:27 – 29).

Rather he opens his hand and dispenses blessings when our fear of him arises from a deep sense of awe, worship, and wonder.

Mr. Spencer caught me one day riding his horse with an improvised rope bridle, no saddle, and no permission. I did not know him well, but my cousin, Steve Flammer, had assured me he was the meanest man in the Wasatch Mountains. Steve and I had been taking turns riding his white gelding in a field southeast of my Logan Home. I was trotting along bareback when I suddenly realized that Steve was a block and a half away and moving at light speed. I turned around expecting the worst and found the owner of the horse fifteen feet away walking toward me with grim and foreboding purpose. I slid from the horse and hit the ground running. Except that I couldn’t.  My legs wouldn’t work! I was so frightened that I kept falling down. I expected, after hitting the ground for about the third time, to be horse-collared or shot, or worse. But my spastic attempts at flight saved me. Mr. S began laughing so hard that his murderous spirit departed.

But I was a little kid and I was in the wrong and I was right to be scared. Someone immense and threatening loomed over me, and I had not the least shred of an excuse for my actions. But this is not the kind of fear the scriptures generally speak of. They instead speak of the kind of fear exemplified by the Hebrew midwives.

Of course, the Hebrew mid-wives should have been scared too. Perhaps they were. Pharaoh had commanded Shiphrah and Puah to kill all the male babies of the Israelites. There were good reasons for compliance. Pharaoh was probably the most powerful man in the world. His word was law, absolute and inescapable. But the record says nothing about their fear of him. Rather we read that “the midwives feared God, and did not as the king of Egypt commanded them, but saved the men children alive” (Exodus 1:17).

This matter of fearing God is the cause of these present reflections. We all give lip service to the “fear of the Lord,” but the fact that His home is near Kolob rather than Kanosh or Kanab, and His judgments are generally delayed, may cause us to set aside our fear of God in favor of the fear of men.

The Lord does not want us to be paralyzed by our fear of him, but to be inspired.

I frightened my older brother so badly on one occasion that he passed out. I hid in an empty garbage can behind the house one night, knowing that he would soon pass by on the way to the remodeled, unattached garage where we spent our nights.

When he opened the back door, just a few feet from my place of concealment, I threw off the lid, leapt upward, and screamed. He did not recoil or react. He collapsed.  He was frightened senseless. I did not render first aid. I ran, fully expecting that if he survived, he would kill me.

The fear of the mid-wives was not a reaction to the kind of loud and unanticipated events that caused my brother to pass out and my leg muscles to go on sudden sabbatical in a horse pasture. Rather, their fear was the quiet, continuing awareness of a being of absolute power and perfect love, whose expectations became their obligations.

Even the prophet Joseph Smith needed to learn a lesson about this kind of fear: “And behold, how oft you have transgressed the commandments and the laws of God and have gone on in the persuasions of men. For, behold, you should not have feared man more than God” (D&C 3:6,7).

I am overwhelmed at the number of times in my life when I have been more concerned with what my friends think than what God thinks.   How many times have I diluted my obedience because of the “persuasions of men?”

As I have pondered this matter of fearing God, I have reflected on the spectacular men and women I have known who have lived lives that parallel the lives of Shiphrah and Puah.

For example, the seminary teachers of the Utah Valley North Area bought a gift for our Area Director, who was leaving CES one summer to be a Mission President. I was invited to make the presentation, and as I considered his personality and his qualities, a scripture came to mind. It was said of the Ammonite youths, but could also have been said of our Area Director, that he was “true at all times in whatsoever thing” he was entrusted (see Alma 53:20).

I knew this man, and had always known that in any situation, he would do whatever he perceived to be the right thing, the correct thing, the obedient thing, not simply the popular or expedient thing.

He lived in fear of God.

When a young man proposed to my sister, he said to her, “I can’t promise you that I will always know what is right, but I can promise you that if I do know, I will do it.” I have watched him now for about fifty years. To the best of my knowledge, that is exactly what he has done. Like Job, he knew that the “fear of the Lord . . . is wisdom” (Job 28:28).

For people with that kind of wisdom, that fear, the Lord makes marvelous promises. He spoke these words to Joseph Smith immediately after the rebuke cited above in D&C 3:6,7. The Lord said, “Yet you should have been faithful, and he would have extended his arm and supported you against all the fiery darts of the adversary; and he would have been with you in every time of trouble” (D&C 3:8).

1)I will extend my hand and support you against anything Satan tries to do to you.

2)I will be with you in every time of trouble.

The Lord seemed anxious to teach the lesson of the mid-wives to Moses and the Israelites. Over and over again He placed them in situations in which they were obliged to trust Him and obey Him so that He could display His power to them. He wanted them to learn the lesson Shiphrah and Puah had learned so well: don’t fear Pharaoh, fear me!

The plagues should have taught great lessons about fearing God more than Pharaoh and the Egyptians. Israel must have learned that no mortal power was a match for the power of God. This must have become critically apparent at the approach of the Egyptian army when Israel was trapped with her back to the Red Sea. This was a perfect opportunity to teach the fear of the Lord and the trust that such fear inspires.

“Fear ye not,” the Lord commanded, speaking of the Israelite reaction to the Egyptian Army. “The LORD shall fight for you. And the LORD said unto Moses, Wherefore criest thou unto me? speak unto the children of Israel, that they go forward” (Exodus 14:13-15).

They did! At least in this case they had enough faith to “go forward” and thereby earn a miracle. They crossed the Red Sea on dry land, the water ascending like walls on both sides of them, and then watched as the Egyptians were swept away by the collapsing calamity of that liquid canyon into which they had entered. Exodus 15:11, 14-16 all make reference to the fear of the Lord that this event inspired and would continue to inspire among all people.

But their faith did not last long. At every sign of trouble, the Israelites cried out in fear for the lost securities of Egypt, the lost food of Egypt, the lost abundance of Egypt. Their fear was focused precisely on the persuasions of men, and on their hunger, their thirst, and their enemies.

They should have remembered the example of their ancestor, Abraham. With just a few dozen men he had defeated the armies of five kings, and then refused the reward of riches offered him by the king of Sodom (Genesis 14:1-23). The Lord made promises to him if he would continue to fear the Lord that were very much like the promises he would one day make to Joseph Smith.

“After these things the word of the LORD came unto Abram in a vision, saying, Fear not, Abram: I am thy shield, and thy exceeding great reward” (Genesis 15:1).

We must remember those promises. We must be “true at all times” in any matter in which the Lord has made his will known unto us. Then He will support us against Lucifer and those who support his work, and He will be with us in every time of trouble. If we fear Him more than we fear men, He will be our “shield, and [our] exceeding great reward.”

Great article. I will share it with my family in FHE. Thanks. God bless you.

I love this, i gained understanding and clarity of ' the fear of the Lord' thank you.