The following is an excerpt taken from an article in the Deseret News. To read the full article, click here. 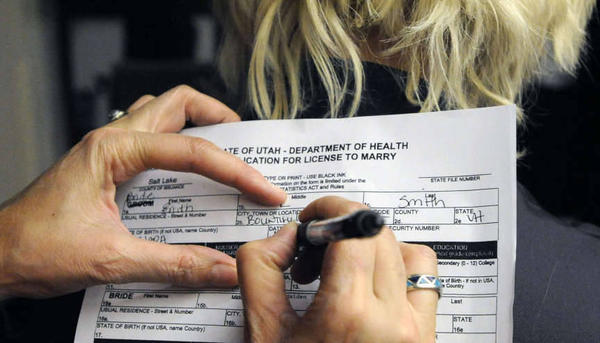 “The U.S. Supreme Court put the brakes on same-sex marriage in Utah on Monday.

The high court approved the state’s request to Justice Sonia Sotomayor for a stay in a two-sentence ruling that appears to have included all nine justices.

“The application for stay presented to Justice Sotomayor and by her referred to the court is granted,” the order states. It will remain in place until a final decision is reached on Utah’s appeal of a federal judge’s decision allowing gay marriage.

The 10th Circuit Court of Appeals earlier denied the state’s request for a stay of U.S. District Judge Robert Shelby’s ruling last month that struck down Utah’s voter-approved law defining marriage as between a man and a woman. The 10th Circuit has set out an accelerated schedule for the appeal.

“The ruling can be interpreted as an indication that the court wants to have further exploration in lower courts of the basic constitutional question of state power to limit marriage to a man and a woman,” according to Lyle Denniston on the U.S. Supreme Court blog. “Had it refused the state’s request for delay, that would have left at least the impression that the court was comfortable allowing same-sex marriages to go forward in the 33 states where they are still not permitted by state law.

“We said from the beginning that Judge Shelby should have issued the stay and the Supreme Court seems to be affirming that, not only one justice but the entire court and we assume without any dissent since there was none noted in the decision this morning,” he said.”