Missionary Moment: The Doctors Told My Mom I was Dead 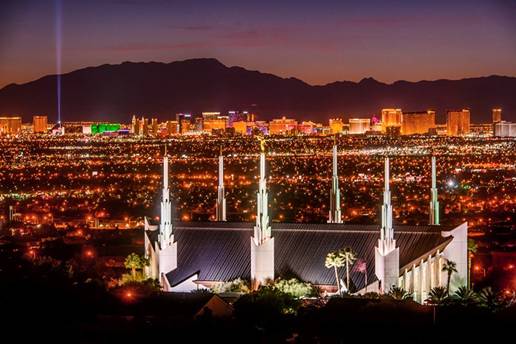 My name is Ronnie Strickland.  I was baptized on November 16, 2013 into the LDS Church.  I am 52 years old, born and raised in Las Vegas, Nevada. My parents were Betty Joyce Strickland and K. W. Gibbs. I was raised by my maternal grandmother and her second husband. I attended a Baptist Church in Las Vegas as a child.  My grandmother was strong in her religious faith.  It was church-or no dinner!  Five days of school, one day off and then Sunday School.

I started my career in construction with my grandfather. He used to take me to work with him before I was ten years old. They would give me something to do to keep me busy. I went into the construction field and ended up being a truck driver, and joining the Teamsters in 1981. Every job I had since then has involved driving trucks.

Through a series of unfortunate events, my wife left me, I had no work and I became homeless.  I asked God to show me where to go for help.  I was living in the desert next to the railroad tracks.  I prayed for help.  The Lord answered my prayers and provided everything I needed.  I received food and shelter from the Salvation Army.

After being homeless, I ended up going back to work for the Las Vegas convention industry.  Soon afterwards, some old injuries came back to bother me.  I couldn’t work, then other health issues arose.  A year later, a tumor was found in my colon. That is when everything went very bad. 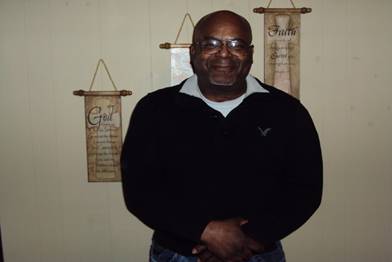 It was supposed to be a simple surgery.   As I was walking around my hospital room after the surgery, I collapsed. They had to rush me back into emergency surgery and I ended up in a coma.  I remember being in total darkness. I couldn’t hear anything. I couldn’t see anything.  There was no time but I was not afraid and I was at peace.  Fortunately, the Lord decided it was not my time to die.  I heard a voice I had never heard before. It was soothing and comforting.  It was so loving and caring that it could only be from Christ. He said to me, “Open your eyes.”

I opened my eyes. I couldn’t talk.  All I could see were my daughters jumping up and down with excitement that I was alive.  Then my brother got my attention by asking, “Can you recognize me?” All I could do is shake my head yes.  They told me that I had been dead. They said the doctors had called the family in because they had me on life support. They said my organs had shut down and that only the machines were keeping me alive.

The doctor had taken my mother aside and explained to her that I had no brain activity, and the machines were the only thing keeping my body alive, but I was gone.  He asked her if she would consider taking me off of life support.  My mom told the doctor she wanted to go talk to her family, see me, then come back to give her decision.  When she walked in the room to see me, I opened my eyes and I sat up.  Our eyes met and we both nodded at each other and that was it.  She walked back to where the doctors were and told them I was sitting up. They all rushed in and cleared the room because I was supposed to be dead!  That’s when I found out they still hadn’t closed me up from the surgery.  They immediately took me back into surgery to close the incision.

During my recovery, they put me in a room with a young man who had been in a bad accident. He had fallen one floor down off the side of an escalator. He had serious injuries.  His sweet mother came regularly to visit him. When he was asleep or unresponsive, his mother then helped me and visited with me. She was there every day. Her name was Trudy Marshall.

She noticed that I was behind the curtain next to her son’s bed. She asked for my permission to open the curtain.  She noticed my feeding tube and that I still had a trach.  I couldn’t talk.  Trudy Marshall introduced herself to me and after that she treated me just like I was a son to her.  She was like an angel. It was as if she had adopted me as one of her own!  She would read Christmas stories to me. She decorated the room and bought me Christmas presents. If her son was asleep, she would then spend her time chatting with me.

I asked Trudy one day what church she belonged to. She told me she was LDS.  She was the first LDS person I had ever met.  I didn’t know anything about the LDS Church.  Trudy told me she belonged to a ward in Las Vegas near Silverado Road.

During my lengthy hospital recovery, I recalled seeing ministers from other churches going from room to room. But I never saw my own pastor- not even once. Not even a phone call. No one from my own church even called. I only saw Trudy and her LDS family and my own relatives.

When I was finally released from the hospital, my daughter had me move in with her for about six months because I was in a wheelchair. I didn’t think I would ever walk again.  But I received physical therapy and I did walk again.  I then moved in with my sister.  And that’s when I met Sister Gardner and Sister Lelo, my LDS sister missionaries!  I was waiting on the sidewalk for the bus. Suddenly I heard the most beautiful voices behind me! I turned around and there were the two smiling sister missionaries. They looked and sounded like angels to me!  They asked me if I knew anything about the LDS Church.  And I said, ” No, but I have a funny feeling I am about to learn more!”

Since then, I have gone through much healing, both physical and spiritual.  As I was investigating the church with the LDS missionaries, I asked the Lord to take the hatred out of me. I forgave my wife for her betrayal and I forgave myself.  When I came out of the coma, I was really mad. I didn’t want to be handicapped.  I hurt. I would often cry from the intense pain.

After my baptism I felt wonderful and reborn!  A new me!  I don’t have any nervousness, or any sadness.  Even my anger evaporated.   I am now full of joy and happiness.  The Lord, through the doctors and the missionaries, healed me. The doctors had told my family I was dead but the Lord had other plans for me. I now finally belong to the true Church of Jesus Christ!  In the other churches I didn’t have a relationship or even feel close to Jesus Christ like I do now. I would do it all over again because I am so happy now.

The Lord never gave up on me. He knew that deep in my heart I wanted to be with Him and be more like Him. He knew I wanted to return back to my Heavenly Father.

This past week I was ordained to the office of priest in the Aaronic Priesthood. I also have several temple proxy baptisms to perform immediately, including for my nephew, who passed away at 18; a cousin, and my loving grandmother.  I can’t wait to enter the beautiful Las Vegas Temple, which radiates with righteous light above the City of Lights.

There is not one of His children God does not love. He loves us all.  It is a privilege to serve Him. It feels so wonderful!  I want to serve my Heavenly Father, Jesus Christ, and my new brothers and sisters in the LDS Church.

What a touching story. Brought a tear to my eye. God bless you and this is the true church. Welcome Ronnie.

I loved reading your story. May God continue to bless you. You have touched many people, including me with your heart-felt story. It has brightened my day and my life.