The Church in Spain: The Conversion of an Early Saint 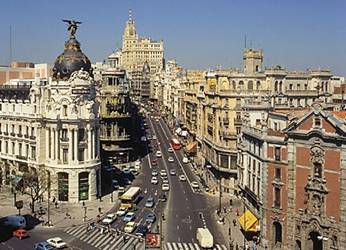 The Church of Jesus Christ of Latter-day Saints is fairly new in Spain. In fact, Spain has only been dedicated for preaching the gospel for 44 years.  A marvelous work and a wonder is occurring in this country and the Book of Mormon prophecy that the work will “be declared to every nation, kindred, tongue, and people,” (Mosiah 15:28) is being fulfilled.  I wanted to share about the growth of the church in Spain beginning around 1968 up to the present through a strong convert to the church name Pilar Fish Espi and her family. PIlar is my mother.

While living in Madrid, the Espi family was first introduced to the church. Pilar’s father, Juan Espi, was a talented artist and also taught art.  A young Spanish lady named Marisol became one of his students.  Marisol was married to a US military man who helped Marisol convert to the LDS Church.

Marisol then became friends with Pilar’s older sister, Eli.  As the friendship grew, Marisol invited Eli to attend an LDS mutual activity at the nearby U.S. military base. Eli enjoyed the activity so much that she continued to attend mutual with Marisol.

As Eli continued to attend these activities, Eli’s mother, Elisa Rosell Guillamon,  began to get curious about what had caught the interest of her daughter.  Elisa wanted to find out more.  The Espi family soon attended a ward party at the U.S. military base.  Pilar said that it was a wonderful experience and they were warmly welcomed.

The kindness of the LDS members impressed the entire family. They wanted to learn more about this new church. The American base members sent a Spanish member named Jose Maria Oliveira to teach the Espi family more about the church. Brother Oliveira was a new convert from the prior year in 1967.  Brother Oliveira was the first locally ordained elder in Spain, the first local missionary, and later he was the first branch president.

From the beginning the family was very open to the teachings and really liked them.  Pilar said the family was happy with the Catholic Church, and they were not searching for something new, but the Mormon doctrines really impressed her mother.

The family began to attend church, but going to the “Mormon church” was not easy.  At this time, the government of Spain didn’t really recognize or accept any religion except Catholicism, even though the Spanish dictator, Franco, had announced a new law that made religious freedom a legal right two years previously in 1966.  According, to Pilar, the law took some time to be implemented and for the people to support it. As a result, there were no Mormon chapels or gathering places for the Espi family to attend church services except at the U.S. military base.  The base was far from the Espi home. It would often take the family three hours just to get to the military base. They would take buses, subways, and walk long distances. Although attending church was very difficult, the Espi family enjoyed attending and the spirit they felt there.

After attending church services for approximately three months, Eli was the first to be baptized.  About one month later, Pilar’s mother Elisa and older sister, Mercedes, were baptized.  Like many other strong converts, it took Pilar Espi a little longer to make the decision to be baptized.

When asked why she didn’t get baptized with the rest of the family, Pilar said, “I wanted to be sure of my decision. I was stubborn. I liked the Catholic Church and I knew it would be hard to leave all my friends and the traditions that I had learned there.”  Pilar was finally baptized on April 6, 1968, and then confirmed a member of the church by Antonio Lloremte the following day.  She was 11 years old.

Pilar recalls that joining the Mormon Church made many things difficult for their family.  The family received a lot of persecution.  At school,  Pilar said she was often cast out, called names, and told that she didn’t believe in God.  Some family members and friends disowned the Espi family and they lost many friends as a result of their decision.  But the Espi family loved the LDS church.

Elder Marion G. Romney dedicated Spain for the preaching of the gospel the following year on May 20, 1969.  Around this same time Pilar remembers a local branch beginning for the local Spanish members.  The branch was led by Brother Oliveira.     Shortly after Spain was dedicated for preaching the gospel, Spain received its first missionaries.   A year later, in July of 1970, the Spain mission was formed, with the headquarters in Madrid.  Thirty-six missionaries were originally assigned to the mission.

In 1971, at the age of 14, Pilar moved from Madrid back to Barcelona.  She found an LDS branch there and remained an active member of the church.  She said most of the branches at that time were led and conducted by the missionaries. Pilar Espi lived in Barcelona until the age of 17.  She was able to see the church grow, but really not a great deal. Pilar said the people of Spain saw the Mormon Church as an American religion and as a cult. It was very difficult for people to accept this “new American religion.”

In April of 1974, Pilar moved to the United States. She lived in Bountiful, Utah for about 9 months and then moved to Las Vegas, Nevada. In Las Vegas, Pilar met her husband and was married to John Fish in the Salt Lake City Temple on May 2, 1977, at the age of 20, by the Patriarch of the Church, Eldred G. Smith, the same man who had given her a patriarchal blessing back in 1973.  Pilar now has 5 children and currently lives in Las Vegas, Nevada.  She visits Spain nearly every year. 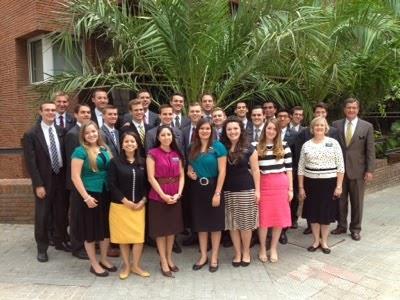 In 1999 it brought great excitement to Pilar’s family when her second oldest child, Marc, received his mission call to Barcelona, Spain.  Pilar thought it would be wonderful if Marc could serve in the Martorell area to help re-activate her mother. The mission president at first chuckled at the notion of letting a mother of one of his missionaries influence transfers, but when he interviewed Marc upon arriving at the mission home, President Mask was prompted to send Marc to Martorell after serving in his previous area for just 1 month.

While Marc served in this area for 5 months, he successfully activated his grandmother back into full fellowship with the Saints, and also taught and baptized his aunt Gloria Arce Hidalgo.  Towards the end of his time there, Marc’s grandmother became temple worthy just before she was diagnosed with terminal lung cancer.  Marc’s mother and her sisters flew from United States to be with her and stayed a full month.

This was a special time for Marc’s grandmother. She had all of her daughters with her at the same time. After being there a month all three daughters had to return to their children back home in the United States. Two days later Marc’s grandmother Elisa passed away. Marc had the privilege to represent his family and dedicate her grave while serving his mission.  This was a powerful and amazing experience. This was a tender mercy and Marc was so grateful to be able to be an instrument in the Lord’s hand to bless the lives of his family.

In May of this year, Marc was able to return to Spain to visit family and friends from the mission.  It had been 7 years since his release. While at church in Spain, the newly called Stake president in the Barcelona area recognized Marc from the stand and went to talk with him afterwards.   He proceeded to tell him that Gilberto Nieto had recently been called to serve as one of his counselors in the Stake Presidency!  This was an amazing feeling for Marc to hear of the progress of a man and his wife Marc had found, taught and baptized.

Then in 2012, Pilar’s youngest child, Brandon Fish, received a mission call to the Madrid, Spain mission, where he is currently serving. Brandon continues to see the growth of the church.  In his letters, he too shares his love for the people of Spain and how the work is progressing.

Pilar sees many differences in the church today from when she was living in Spain as a young girl. She observes that there are now branches, wards, and stakes that are run by the local members, and the church is much more widely accepted.

Great advances in the church are being made in Spain.  In 1974, there were only 619 Spanish members.  Today there are more than 50,000 members.   On March 19, 1999, the Madrid, Spain Temple was dedicated.  There are currently 3 missions in Spain with over 1,000 missionaries.  Pilar feels that the fact that the church is now being run by local leaders is a significant help to converting other Spaniards.  “The people like to see fellow Spaniards in charge,” she said.

The Spirit of the Lord is falling upon the people of Spain. This is just another example of how with the Lord nothing is impossible. The Spirit is the same no matter what country you are in. The word of the Lord will “be declared to every nation, kindred, tongue, and people” (Mosiah 15:28).

By John Fish and Jordan Fish 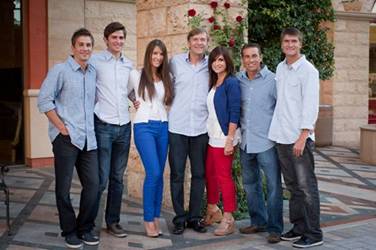 I remember Pilar (Pili) Espi' as a faithful young woman in Barcelona. I served a mission in Spain and primarily the Barcelona area and remember Pili and Merche and their mother Sister Espi' from when I served there from April 1971 to April 1973. What a beautiful family they were to us. With very few members of the church in Spain at that time, it was such a blessing to the missionaries to families like theirs. What a great story this is! Thanks for sharing....I hope to see Pilar and her family some day soon.

Thank you for sharing this letter. My son served in the Spain Madrid Mission from 2009-2011 and just loved it, and loved the people there. What wonderful growth there has been in the past 44 or so years!