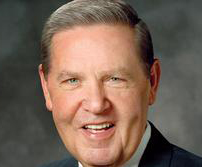 Three issues of paramount importance to members of The Church of Jesus Christ of Latter-day Saints – faith, family and religious freedom – are the subject of an address from Church Apostle Jeffrey R. Holland published in the fall 2013 edition of the Clark Memorandum (the BYU law school newsletter).

The address is a helpful resource that goes hand in hand with the religious freedom materials the Church published online in September.

In his speech (originally given to law school students and alumni in February in Washington D.C.), Elder Holland cites the Pew Forum on Religious Life finding that one in five U.S adults claim no religious affiliation. He notes that Mormons and other believers “must be ever more effective in making the persuasive case for why both religious belief and institutional identity are more relevant than ever and deserve continued consideration and privilege within our society.” (See also “The Relevance of Religion” commentary.)

Elder Holland also speaks of the importance of a family-centered society where parents “nourish a child’s mind and heart and spirit.” He says that, in general, “no community of whatever size or definition has enough resources in time, money, or will to make up for what does not happen at home.” He also suggests that, instead of redefining the meaning of marriage and family, “our age ought to be reinforcing and exalting that which has been the backbone of civilization since the dawn of it.”

Regarding religious freedom, Elder Holland says it’s important to give faith the freedom to flourish, because humans have “both the ability and the responsibility to make choices with the hope – indeed, the confidence – that we will ultimately choose that which benefits the individual and the larger society in which those individuals live.”

Read his full address in the Clark Memorandum.