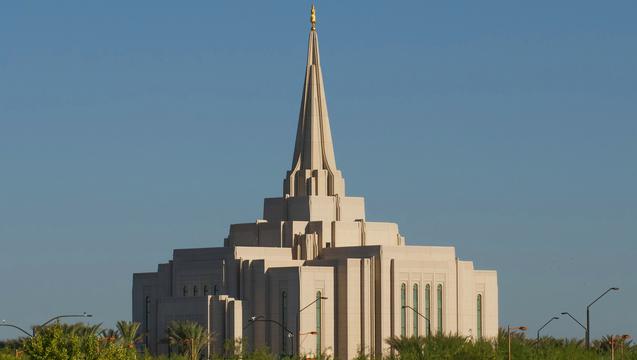 The First Presidency has announced open house and dedication dates for the Gilbert Arizona Temple of The Church of Jesus Christ of Latter-day Saints. The public is invited to visit the temple during an open house from Saturday, 18 January 2014, through Saturday, 15 February 2014, excluding Sundays. Free reservations for the open house can be made through the www.gilbertmormontemple.org website in the coming weeks.

The temple will be formally dedicated on Sunday, 2 March 2014, in three sessions. In conjunction with the dedication of the temple, there will also be a cultural celebration featuring music and dance on Saturday, 1 March 2014. 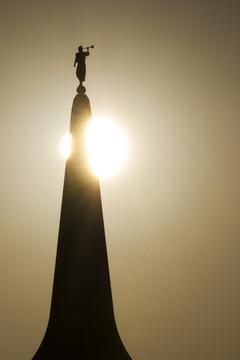 Ground was broken for the Gilbert Arizona Temple on 13 November 2010. Soon after, a viewing and display area was created at the construction site for visitors to learn more about the temple and its purpose. Over 60,000 people have taken advantage of this opportunity. While the Church’s 18,000-plus meetinghouses are open to all people who wish to attend religious services, temples are open only to faithful Latter-day Saints after they are formally dedicated. Temples are considered “houses of the Lord” where Christ’s teachings are reaffirmed through marriage, baptism and other ordinances that unite families for eternity. Inside, members learn more about the purpose of life and make promises to serve Jesus Christ and their fellow man.

Once dedicated, the Gilbert Temple will be the 142nd operating temple of the Church worldwide. It is one of four temples in Arizona, with others in Mesa, Snowflake and in The Gila Valley . A fifth temple in Phoenix is under construction and a sixth, in Tucson, has been announced.

At 85,000-square-feet, the Gilbert Temple is the largest temple the Church has constructed in 17 years. The five-level temple is 82 feet tall with a spire reaching 195 feet, making it the tallest building in Gilbert and one of the tallest in the entire East Valley. The highly detailed ivory exterior features high quality precast concrete and stone accentuated with fine rustications and beautifully crafted art glass windows. 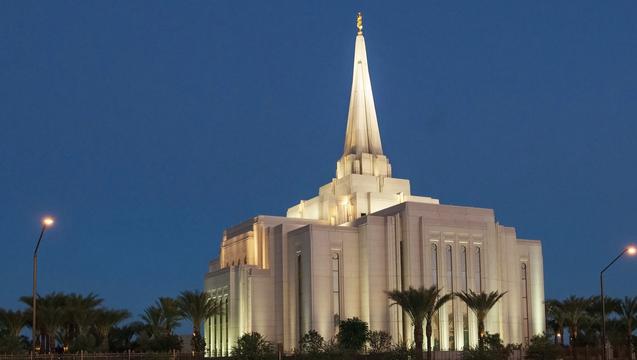 This is a fantastic opportunity for our friends to see the inside of one of our temples. In a 20 minute tour you will be able to see why members of the Church of Jesus Christ of Latter Day Saints love our temples. For us, entering one of our temples or being with our families is the closet we can come to Heaven in this life!

Let's go to the open house!!

Why Is Isaiah 53 the Crown Jewel of the Old Testament?