At Least I Tried | Meridian Magazine

At Least I Tried There are more than twenty-five places in the Doctrine in Covenants where the Lord declared his willingness to forgive the sins of those to whom he was speaking, or explained that it had already happened.

As I reviewed those verses, I reflected again on the willingness, even the longing, of Christ to forgive. I know that he has no delight in the suffering of the wicked (see Ezekiel 18:23, 33:11). His greatest desire is that his atonement should have meaning in every life, and that the pain he bore will not have to be born again by those for whom he bled. He always seems anxious to forgive.

The Savior’s expectations of his disciples are tempered by his realization of our mortality. The author of Psalm 78 reminds us that “many a time turned he his anger away, and did not stir up all his wrath. For he remembered that they were but flesh; a wind that passeth away, and cometh not again”

We have all seen a toddler learn to walk. He takes a small step and totters. He falls. Do we scold such an attempt? Of course not. What father would punish a toddler for stumbling? We encourage, we applaud, and we praise because with every small step, the child is becoming more like his parents.

Now, brethren, compared to the perfection of God, we mortals are scarcely more than awkward, faltering toddlers. But our loving Heavenly Father wants us to become more like Him, and, dear brethren, that should be our eternal goal too. God understands that we get there not in an instant but by taking one step at a time.

I do not believe in a God who would set up rules and commandments only to wait for us to fail so He could punish us. I believe in a Heavenly Father who is loving and caring and who rejoices in our every effort to stand tall and walk toward Him. Even when we stumble, He urges us not to be discouraged-never to give up or flee our allotted field of service-but to take courage, find our faith, and keep trying (Ensign, May 2013).

Brad Wilcox said it this way:

When a young pianist hits a wrong note, we don’t say he is not worthy to keep practicing. We don’t expect him to be flawless. We just expect him to keep trying. Perfection may be his ultimate goal, but for now we can be content with progress in the right direction. Why is this perspective so easy to see in the context of learning piano but so hard to see in the context of learning heaven? . . . . There should never be just two options: perfection or giving up. When learning the piano, are the only options performing at Carnegie Hall or quitting? No. Growth and development take time (Ensign, September 2013). 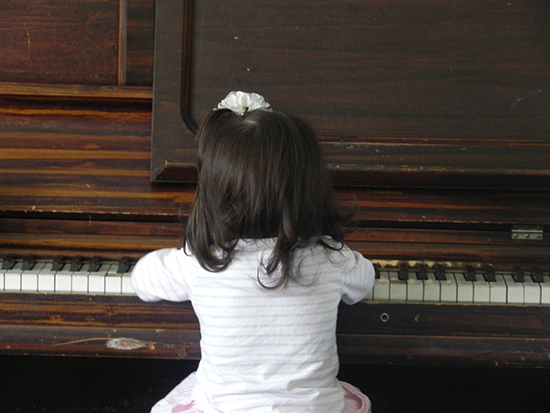 We who have been called to and commissioned in his service stumble continually in our efforts to learn his will and to perform adequately. However, since he is much more concerned with our efforts than with our results, we need have no fear of failure when our task is too hard; the only failure will be in our lack of sufficient effort.

I was a participant in the conversion, baptism, and confirmation of over sixty people when I was a missionary in Brazil. In some cases my effort was significant. In others it was minimal. But in every case someone, somewhere, talked about assigning credit. That was warming and rewarding and wrong. My “success,” might have signified a number of things, but none of them indicated that I deserved any credit.

While Ammon was soaking in the baptismal font in Ishmael, his fellow-missionaries were languishing in the prison in Middoni. Those who want to compare numbers of baptisms, or convert baptisms per missionary, might conclude that Ammon was a better missionary. But he was not, and nothing in the text gives us evidence to assume that he was. He was just luckier.   What is the explanation for the lack of early success by the others in Ammon’s missionary district?

“And as it happened, it was their lot to have fallen into the hands of a more hardened and a more stiffnecked people; therefore they would not hearken unto their words, and they had cast them out, and had smitten them, and had driven them from house to house, and from place to place, even until they had arrived in the land of Middoni; and there they were taken and cast into prison, and bound with strong cords, and kept in prison for many days . . .” (Alma 20:30)

I had a brother who served a thirty-month mission in Holland. I spent less time in Brazil than he spent in Holland, but he had many fewer baptisms. His hours and days and months were clearly less productive than mine in terms of conversions. But that disparity in numbers can have nothing to do with his success and spirituality, nor with his value as missionary and a servant of God. It was my lot to have fallen into the hands of a more receptive and humble people who were willing to hear my words and accept the ordinances of salvation.

But I do not get any credit for that. I did not assign myself to Brazil. I did not pick the branches where I served. I did not pick my own companions. All I did was study the gospel, learn the discussions, and open my mouth. The Lord even gave me the words to say (see D&C 33:8-10; 100:5, 6, etc.).

The reality is that in every gospel endeavor, the credit goes to the Lord. None of it belongs to the laborer. We must serve with an eye “single to the glory of God” (D&C 4:5; 27:2; etc.). This reality was taught to us by the Lord in a message He gave to Oliver Granger, an early church member who always tried his hardest to do his best.

Oliver achieved substantial success in his work in Kirtland, but he did not accomplish everything he desired to accomplish while he was there. However, his efforts were entirely acceptable. The Lord, who knew from the beginning what would happen, said of him, “When he falls he shall rise again, for his sacrifice shall be more sacred to me than his increase” (D&C 117:5, emphasis added).

I am more concerned with his efforts in the orchard than I am with his bushels of fruit. 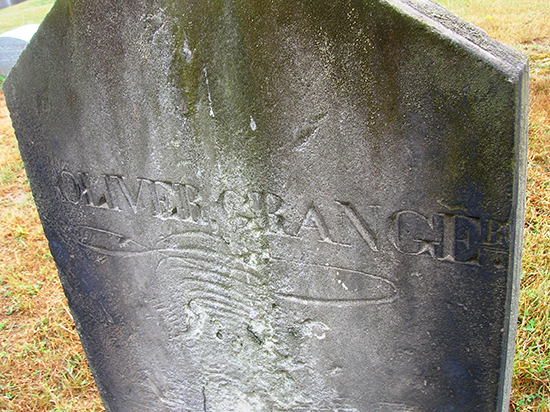 Oliver Granger never left Kirtland. His grave is near the temple there, a simple testimony to the importance of trying.

Years ago, a movie called One Flew Over the Cuckoo’s Nest won several Oscars, including one for Best Picture. The film told the story of a group of people in an insane asylum run by a heartless dictator who was always willing to order shock-treatments and lobotomies for her less-agreeable patients. The hero of the story, Randle Patrick “Mac” McMurphy (played by Jack Nicholson) suggested to his friend, a fellow-inmate and enormous Indian called Chief Bromden (played by Will Sampson), that escape was possible if one were able to pick up a heavy piece of machinery located near an outside wall and throw it through the steel mesh and glass covering one of the windows. He then made the attempt, but without success. His efforts nearly destroyed him. His large friend, watching stoically, said, “I knew you couldn’t do it,” to which McMurphy replied, “Well, at least I tried!” At the end of the movie, Chief Bromden escaped in just the way suggested by his friend.

I suspect that Abinadi went to his death thinking he had failed, not knowing that his message had changed the heart of Alma, who would change the religious history of the Nephite nation. But he tried! And he knew he had tried.

A wonderful illustration of this truth is apparent in the actions of Aaron, “and a certain number of his brethren” (Alma 21:13). After what must have seemed like a crushing failure in Middoni, they were freed from prison by the efforts of Ammon and Lamoni.

And those who were cast into prison suffered many things, and they were delivered by the hand of Lamoni and Ammon, and they were fed and clothed. And they went forth again to declare the word . . . (Alma 21:14-15, emphasis added).

Think of the interview Aaron might have had with his father, King Mosiah, following his missionary service.

“Aaron, tell me about your early work in the land of Middoni. How did that go for you?”

“It was pretty bad. We had no success at first. We just made people angry. They threw us in prison and we suffered a lot-they tied us up and took our clothing and withheld food for many days. I thank the Lord for Ammon and Lamoni or we might still have been there.”

“So what happened after you were released?”

“What else? We got something to eat and we got some new clothes, and then we went out to try again.”

If we can meet the Father on Judgment Day, even though we may not have done all we wanted to do, nor all He asked us to do (even though there were unconverted people in Middoni), and can say honestly, “I tried,” I believe that will suffice.

If we thrust in our sickles with our might, and if we go forth again and again to serve, if we go back to work after every failure, that will be enough.

I wish I could tell you how much I love your articles. Tthank you very much.