20th Century Fox to Release Film on the Life of Christ 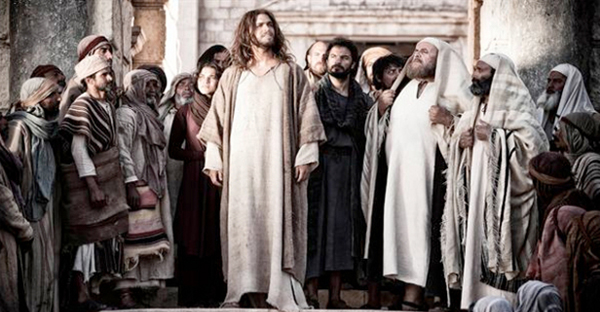 Twentieth Century Fox announced yesterday that it will release Son of God in theatres nationwide February 28, 2014. This major motion picture event is from producers Roma Downey and Mark Burnett, the team behind the miniseries The Bible that aired weekly on the History Channel in March of this past year. The scope of the miniseries was inspired by Cecil B. DeMille’s The Ten Commandments.

“The series became the number one cable entertainment telecast of the year, one of the fastest-selling TV-to-disc titles ever and went on to garner 3 Emmy Award nominations. Mixing adventure, action and drama from The Bible, the series drew acclaim for retelling the sacred text in a way that was relevant to today’s audiences.”

“The Bible averaged 15 million viewers over five two-hour parts on TV. It’s sold more than 1 million DVD units, which makes it the highest-selling TV-to-disc title of the past two years, according to Fox. It’s also become the highest-selling TV miniseries of all time on home video.” (movieguide.org)

The overwhelming success of this miniseries proved to distributers like Twentieth Century Fox that people are still look for uplifting entertainment that supports fundamental Christian values.

Now the portions from The Bible miniseries that depict the life of Jesus Christ are being made into a stand-alone feature film that will have additional footage not included in the telecast and cover the life of the Savior from His birth to His teachings through to the crucifixion and His ultimate resurrection.

“Told with the scope and scale of an action epic, the film features powerful performances, exotic locales, dazzling visual effects and a rich orchestral score from Oscar-winner Hans Zimmer.”

“The producers are thrilled that their Jesus narrative will finally be seen on the big screen. We are very excited to be working with Twentieth Century Fox to release SON OF GOD as a major motion picture,’ said Roma Downey and Mark Burnett. We responded to an overwhelming demand for the greatest story ever told to be seen as a shared experience on the big screen. The result is a beautiful stand-alone movie. It’s the story of Jesus for a whole new generation.'”

Son of God comes to theatres nationwide on February 28, 2014. Below is the extended trailer for the original miniseries, The Bible: