You can read the original article from the Washington Post blog here.

A video went viral in recent weeks that boasted that an interviewee on The Daily Show had left Jon Stewart speechless. I’m sure many of the people that clicked through were more interested in seeing this spitfire of the Comedy Central news cycle go blank than in hearing the reason why, but in the process the Internet community fell in love with Malala Yousafzai.

She is a young girl who was shot by the Pakistani Taliban for speaking out about the importance of educating women. At only 16 years old, she is the youngest person ever to be nominated for a Nobel Peace Prize. Though she did not receive the prize in 2013, the Washington Post On Faith blog compared her potential for influence to Mahatma Ghandi. Though he was nominated for the prize five different times in his life, he was never a recipient of it. Despite this, Ghandi’s influence for peaceful methods of advocating change has been felt the world over and Malala Yousafzai is following closely after.

“The world has, in a sense, already given Malala Yousafzai the prize for peace this year.  The stunned response of Jon Stewart, evident in his widely watched interview of Malala on her new book, I Am Malala: The Girl Who Stood Up for Education and Was Shot by the Taliban , mirrors the response of many.  How can such a young girl speak with such power and compassion? She speaks as and for one of the millions of women and girls who are denied education and subjected to violence. “Education is the power for women,” she said on Stewart’s program, and made a compelling case for why the totalitarian power is so afraid of women and girls.

You watch Malala for only a few minutes and you can see why oppressive power is afraid of educating girls and women.”

The Washington Post goes on to say that while this interview was inspiring, her address to the United Nations Youth Assembly in July of this year goes even further. In addition to laying out a “constructive theology for non-violent social change” she addressed the violence already done to her. Despite being shot in the head by the Taliban she said she would not take revenge. 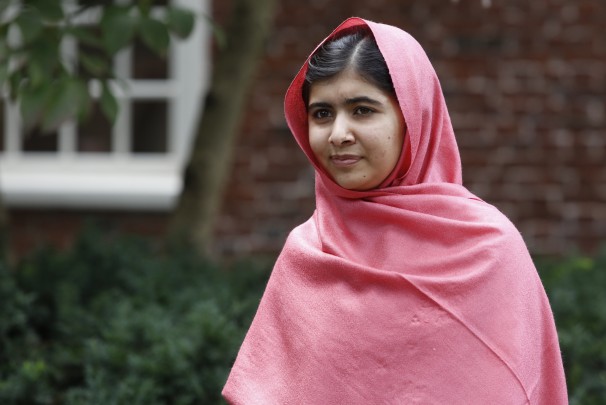 Two Comments: 1) I love your words: You watch Malala for only a few minutes and you can see why oppressive power is afraid of educating girls and women.