This is a report from the Liberty Counsel. See it here. 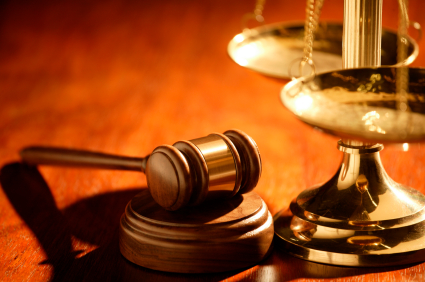 San Francisco, CA-The Ninth Circuit Court of Appeals in San Francisco upheld California’s ban on change therapy. Under this law that was scheduled to go into effect on January 1, 2013, minors will not be able to receive any counsel from a licensed therapist who seeks to change unwanted same-sex sexual or romantic attractions, behaviors or mannerisms, or identity. Nor will licensed counselors be permitted to offer such counsel, despite the fact that their clients are currently benefiting from such counsel.

Liberty Counsel will ask the full Ninth Circuit Court of Appeals to rehear the case or file a petition with the U.S. Supreme Court.

Liberty Counsel filed Pickup v. Brown on behalf of minors who are receiving and significantly benefiting from such counseling, their parents, licensed counselors who provide such counsel, and two counseling organizations-the National Association for Research and Therapy on Homosexuality (NARTH) and the American Christian Counseling Association (AACC). In December 2013, Liberty Counsel obtained an injunction from the Ninth Circuit Court of Appeals to block the law. The decision rendered today is by a completely different panel than the one that entered the injunction pending appeal.

Despite the fact that there is absolutely no evidence that change therapy is harmful to children, the Ninth Circuit panel ruled, “California has authority to prohibit licensed mental health providers from administering therapies that the legislature has deemed harmful.” No study has been done on the effect of change therapy on minors. “California has no compelling or empirical reason to justify banning change therapy, especially when the client seeks such counsel,” said Mat Staver, Founder and Chairman of Liberty Counsel.

“The minors we represent do not want to act on same-sex attractions, nor do they want to engage in such behavior. They are greatly benefiting from this counseling. Their grades have gone up, their self-esteem has improved, and their relationships at home are much improved,” Staver said. “Legislators and judges in the state of California have essentially barged into the private therapy rooms of victimized young people and told them that their confusion, caused by the likes of a Jerry Sandusky abuser, is normal and they should pursue their unwanted and dangerous same-sex sexual attractions and behavior, regardless of whether those minors desire their religious beliefs to trump their unwanted attractions,” said Staver.

Whatever happened to Freedom of Speech?

Start praying hard to usher in the Second Coming!!