BYU listed 21st in the Nation in a Peer-reviewed Approach 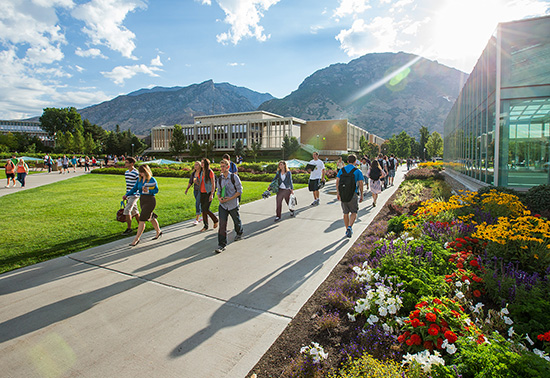 In contrast to some convoluted ways to rank universities, a group of economists recently published a refreshingly simple method: Watch where the nation’s top high school students choose to enroll.

Published in the Quarterly Journal of Economics, the method treats the college selection process like a tournament. When two or more schools send acceptance letters to the same prospective student, the school ultimately chosen by the student earns a “win” while the others record a “loss.” With a national sample of 3,240 high-achieving students, the researchers created a statistical model that captures a big-picture look at student preferences.

The names at the top of the list – Harvard, Caltech and Yale – come as no surprise. Brigham Young University checks in at #21 – right behind Duke and Virginia.

“We’re encouraged that this model uses some of the same evaluation criteria that we also value – the things that matter to students,” said Jeffrey Keith, an associate academic vice president at BYU.

The study authors, who teach at Harvard, Stanford, Boston University and Yale, differentiate their method from college guide publications that ironically reward a school in the rankings for lowering the percentage of students who get accepted.

The researchers also note that their rankings didn’t change when they took the cost of attendance into account.

Lead author Chris Avery of Harvard said his approach tends to favor schools that have a specialized appeal to a segment of talented applicants. That certainly seems true of BYU where most applicants belong to the Church of Jesus Christ of Latter-day Saints.

The enthusiasm they have for attending BYU is apparent in a statistic called “yield” that measures the percentage of admitted students who choose to enroll. About 80 percent of those who gain admission to BYU decide to come to BYU.

That affinity for the university remains after students’ time is finished. BYU surveys graduates three years after they receive their degree and asks, “If you had to do it all over again, would you still choose BYU?” The most recent wave of data indicates that 92 percent of BYU grads would pick the same path to Provo.

The study is titled “A Revealed Preference Ranking of U.S. Colleges and Universities.”