The Relevance of Religion | Meridian Magazine

The Relevance of Religion

“Over the long haul, religious faith has proven itself the most powerful and enduring force in human history.” 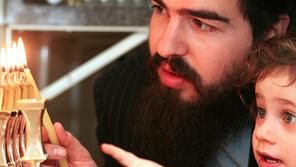 How relevant is religion? It’s a question each new generation asks itself. As times change, new circumstances present new challenges and possibilities. And yet, through it all, this immemorial longing we call religion continues on.

In the 1960s, sociologists came to a consensus that religion was fading. As knowledge and freedom increased, they theorized, so modern society would outgrow religion. Thirty years later, however, that hypothesis was reversed. One of these sociologists, Peter Berger, explained the miscalculation this way: “Religion has not been declining. On the contrary, in much of the world there has been a veritable explosion of religious faith.”[2] He concluded that just because the world is becoming more modern doesn’t necessarily mean it is becoming less religious. Religion, it can be said, is just as relevant now as it has ever been.

The value of religion speaks less through sermons and more through the soup kitchens, hospitals, schools and countless other humanitarian works it nurtures. Simply put, religion builds social capital. Research shows that more than 90 percent of those who attend weekly worship services donate to charity, and nearly 70 percent volunteer for charitable causes.[3] Such giving also benefits the giver. According to the landmark study American Grace, “the correlation between religiosity and life satisfaction is powerful and robust.”[4]

Religiosity, however, does not remain static. It might surge in one part of the world and decline in another. In America, for example, religion is in a state of flux. The number of those who claim no religious affiliation nearly doubled from 8.2 percent in 1990 to 15 percent in 2008.[5] Now that number has crept to nearly 20 percent. And among those under 30 years old, disaffiliation jumps to 32 percent.[6]

In many ways religion finds itself on the margins of society, where one’s beliefs and values may be expressed privately but are often dismissed publicly. Conflicts sometimes arise when religious organizations or individuals share their views of right and wrong in the public sphere. Tension can be seen, for example, in rules banning religious clubs from college campuses or in regulations curbing the conscience of health care practitioners. Public figures and regular citizens often hesitate to articulate their religious values to avoid controversy.

This separation of religion from public life is a feature of what is often called secularism. Philosopher Charles Taylor describes the current environment as a shift “from a society in which it was virtually impossible not to believe in God, to one in which faith, even for the staunchest believer, is one human possibility among others.”[7] Meanwhile, the broader questions of religion get lost in narrow cultural divisions. What does religion mean in the actual lives of people? What role does religion play in forming communities? And how do religious beliefs address life’s most difficult problems? Such matters cannot be reduced to mere politics; they are perennial concerns, deeply interwoven in humanity’s rich fabric.

The Good of Religion 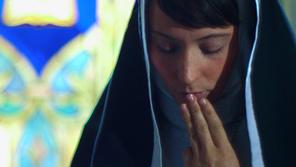 Human beings are religious by nature. They seek a higher purpose outside themselves. Whether Christian, Jewish, Muslim, Buddhist or other, religion offers a framework by which people find meaning, belonging and identity. As Rabbi Jonathan Sacks has written, religion gives us “a feeling of participating in something vast and consequential.”[8] And this feeling tends to flow into civic interactions. American Grace found that religious observance is linked to higher civic involvement, connected to trust and correlated with the neighborly virtues of charitable giving, volunteerism and altruism.[9] Churches of all kinds bring communities together and provide a space and setting for individuals to serve people they otherwise would not. According to Rabbi Sacks, religion “remains the most powerful community builder the world has known.”[10]

Religion and the search for transcendence are integral to the human experience. Though they take many forms, religious beliefs help us make sense of life’s mysteries and provide answers to deep philosophical challenges. Professor Brian Leiter, who normally disagrees with privileging religion in public life, concedes that faiths “render intelligible and tolerable the basic existential facts about human life, such as suffering and death.”[11]

Religion and secularism, though, do not always have to be at odds. Faith and reason are not mutually exclusive. Each can benefit from the other. The encounter between the two can be a productive tension that provides opportunities to learn, not contradictions to avoid. Mormons, for example, believe that “the glory of God is intelligence.”[12] People of faith reject the notion that religious faith and practice are devoid of rational thought. Science can explain much of the human experience, but without faith we lack ultimate meaning.

With its teeming plurality of choices and possibilities, our modern world presents unique challenges to religion. Endless philosophies, ideologies and truth claims clamor for attention, magnified by instantaneous media. Globalization pushes peoples and cultures together. Different religions and worldviews interact and collide. Personal preferences alone become a guide in dealing with moral dilemmas. In this flux individuals can feel isolated and become disconnected from their communities.

Modernity, therefore, is not just one thing; it is a commotion of many things. But it can tend toward fragmentation. In this competition of choices, according to Charles Taylor, living a religious life can be “an embattled option,” making it “hard to sustain one’s faith.”[13] In such an atmosphere, he continues, many will “feel bound to give [their faith] up, even though they mourn its loss.”[14] In much the same spirit, novelist Marilynne Robinson laments how the religious self is often reduced to “a sort of cultural residue needing to be swept away.”[15]

Even so, during the millennia of human existence nothing has been able to replace religion. Skeptics have misread and underestimated the religious impulse in the human spirit. It is part of who we are, and it won’t go away. Secular thinker Terry Eagleton describes the situation over the past century this way: “Culture made a bid for power, a bid as it were to oust God, to oust theology and religion. … But it didn’t work.”[16]

Religion’s Place in the Whole

People of faith have cause to believe not only in the good of their own religion but also in the good of religion in general. The conclusion of William James is fitting: “The highest flights of charity, devotion, trust, patience, bravery to which the wings of human nature have spread themselves, have been flown for religious ideals.”[17] Religion can also be a powerful source of ethical reflection and orientation toward the moral.

The roots of religion are so deeply planted in the values of society that to pull them up would unsettle the whole. Virtually all of us, believers or not, practice values laden with religious meaning. Our modern aspirations toward human rights and humanitarian aid, for example, have long religious pedigrees.

Religion’s reservoir of moral ideas spills over for everyone to drink. Reflecting on what they called “the lessons of history,” scholars Will and Ariel Durant asserted, “There is no significant example in history, before our time, of a society successfully maintaining moral life without the aid of religion.”[18]

All societies have some moral basis, whether derived from religion, philosophy, custom or any number of sources. Religious values should not be dismissed from the public square any more than the vast array of other positive values. Prominent thinker on religion and society Jurgen Habermas wrote that among the modern societies of today, “only those that are able to introduce into the secular domain the essential contents of their religious traditions which point beyond the merely human realm will also be able to rescue the substance of the human.”[19] 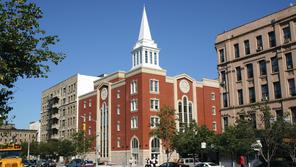 Religion is worth upholding and honoring in our society. It has both tremendous capacity and responsibility to lift individuals, support communities and uphold the dignity of all God’s children. Faith and society, therefore, are intertwined in important ways. As Christian Pastor Rick Warren has affirmed, “A truly free society protects all faiths, and true faith protects a free society.”[20] With mutual respect and civility we can all live, even flourish, with our deepest differences. As long as we continue to seek meaning, purpose and community, religion will remain not only relevant but an essential part of what it means to be human.

[6] Cary Funk, Greg Smith, Pew Research Center, “‘Nones’ on the Rise: One in Five Adults Have No Religious Affiliation,” Oct. 9, 2012. It is worth noting here that though religious unaffiliation is not the same as irreligion – two-thirds of the people in this group say they still believe in God – it does indicate a diminished confidence in churches and religious institutions.

[9] Robert A. Putnam and David E. Campbell, American Grace: How Religion Divides and Unites Us (New York: Simon and Schuster, 2010).

[19] Jurgen Habermas, et al, An Awareness of What Is Missing: Faith and Reason in a Post-Secular Age (Malden, Massachusetts: Polity Press, 2010), 5.

Fantastic article - thanks for taking the time to put this together and making it available.