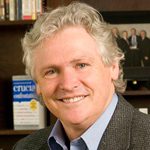 Evil Speaking of the Lord’s Anointed 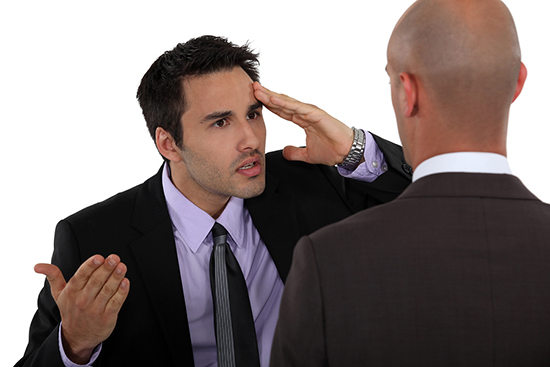 I carry an ache that appears unbidden when I think about a very close friend.

I hadn’t seen him for a couple of years and we met for lunch to catch-up. He was a little older, but as energetic as ever as he described his latest learnings and new projects. I loved being with him. It felt like we picked up our conversation and relationship right where we left off, as if no time had passed at all.

As he told me about his daughter leaving home for college, he described her free spirit and then became somber. His face changed as he described in detail a beautiful image an artist tattooed on her shoulder with colorful flowers and words of love and peace. Then, he became noticeably angry as he lambasted the Church leaders for having the gall to forbid tattoos and piercings.

“They use their Church positions to bully people on issues they have no right to even comment on,” he exclaimed. “They have over-stepped their authority this time and shamed innocent people for no reason other than to prove they can!”

I was taken aback not only by his words but also by the forcefulness of his criticism. In twenty years of friendship I had never heard him speak negatively about the Church nor its leaders.

In response, I said something about how glad I was that I had resisted the peer pressure in college to get a CTR tattoo. We laughed and moved on to another subject.

My response to his strong emotion and hard words was to tell a joke. I avoided talking with him about a heart-felt issue that should have been a harbinger to me. By avoiding an uncomfortable confrontation or the chance to explore his anger, I missed an opportunity to understand what his strong feelings meant and have him understand mine.

I also realized that my silence on this issue implied agreement, at least I think he took it that way.

Over the years, I’ve seen angry expressions about others create a negativity that poisons relationships, families, work teams and wards. Though the intent may be just venting a frustration or sharing a secret, when the communication crosses into fault finding or backbiting, the dynamic changes and a malicious element becomes part of the interaction. When this happens, charity and goodness is lost or never found. Whether the intent is to be humorous or vicious, no one can accuse the participants of seeking to have the Spirit to be with them.

No one who engages in evil speaking is guiltless-not the radio show host who rags on someone from the other side of the political spectrum in the name of entertainment nor the purveyor of poisonous gossip who ends a character assassination with the phrase “…but I’m sure he means well.”

As I left my lunch engagement, I was sorry I hadn’t spoken my thoughts and feelings to my friend nor explored his. But, I was also fearful and I didn’t quite understand why.

We stayed in touch via email, phone and an occasional get together-sharing jokes and updates.

One day I received a twenty page email from him, as one of fourteen on the group list. He explained that he was no longer a member of the Church and gave detailed reasons and arguments for his decision. He explained that his commitment to his own personal integrity would not let him continue as a member.

I rolled through a lot of feelings over the next weeks, and I thought back to the day I had felt so fearful when we parted. I realized that I was fearful for him and the direction he was heading. Why would a few criticisms of Church leaders put me on edge? I was able to pull to my awareness something I had felt for a long time. Evil speaking of the Lord’s anointed is the beginning of apostasy.

But why is that the case? Many of us have made a sacred covenant in holy places to avoid evil speaking of the Lord’s anointed. I believe if we violate those covenants, we lose the protection of the Spirit and are vulnerable to the power of evil adversaries. As we succumb to their influences, thoughtful analysis with an intent to help and bless turns into criticism and bad mouthing with the intent to harm and debase. That negativity is not only habit forming, it’s contagious as well.

I recently attended the temple with my daughter for her first time. On that marvelous occasion, a temple worker prompted my thinking. “Your daughter was anointed today,” he said.

“Who is the Lord’s anointed?” he asked. Realizing he had triggered a new thought, he answered his own question. “Isn’t it you, your daughter, and me-all of us?”

I’ve since pondered this idea, new to me, perhaps obvious to you, in light of our covenants. If our covenant to not speak evil of the Lord’s anointed is broader than bad mouthing the Church’s leaders, the danger of giving the Adversary power in our lives is chilling. Could it be our covenant applies to those we bad mouth in our homes, wards, stakes, neighborhoods and even our government?

It is also likely the consequences of evil speaking are much more damaging to the speaker than the target of the offense.

My hope in this article is to escalate the wrongdoing of evil speaking to the level of sin and even covenant-breaking. I also hope to bring to our awareness the negative consequences of engaging in this hurtful practice. Let’s consider the Savior’s words:

“And see that there is no iniquity in the church, neither hardness with each other, neither lying, backbiting, nor evil speaking;” – D&C 20:54

Note: This article is part one of two parts. In the next part, I’ll share what skills to use when confronting someone who is evil speaking.

From our stake I can think of eight church leaders (one female) who have been excommunicated. Some of them were responsible for breaking up marriages and families and causing a great deal of heartache. A stake president in a temple recommend interview counseled me to have a highball at night so I could sleep better. He was later excommunicated. A bishop got me involved in counseling and the childhood memories and emotions nearly destroyed me and my family. He was later excommunicated. The list goes on and on. As I have prayed and fasted about this issue I have realized that I should not put my faith in the arm of flesh (church leaders) but rather in the Lord. This was a hard and very dangerous lesson to learn.

I can certainly see some seeds of apostasy in some of these comments. How do you handle a disagreement? You go to that person privately and keep it strictly between you and them. Ezra Taft Benson made it clear that it is possible to disagree with priesthood authorities, but when one publicly derides and criticizes to cause that person to be looked upon in a poor light or to force the critics views by raising an army of dissent, that is apostasy as the term is understood. And if that person does not repent, they will forfeit the kingdom. A man I knew was constantly critical of his local leaders, pointing out what he perceived to be their errors in policy and instruction. To his great sorry, his eldest son left this "church of imperfect people" rejecting his father's and is now a Unitarian minister.