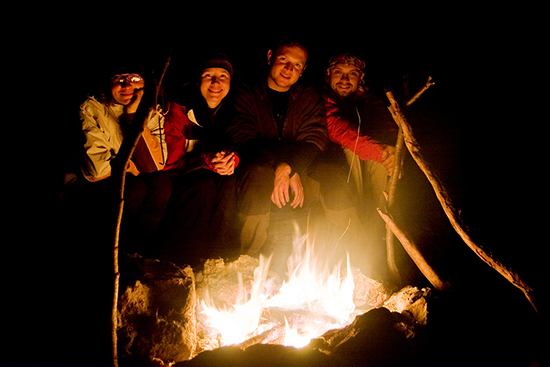 I knew that being a scoutmaster to 18 boys was not going to be a walk in the park, and that I would have to keep my eyes open every minute. That included during the night, when they tried to draw on everyone’s face with indelible markers. It also often meant an inspection of their gear before camping trips.

How the fireworks got past my inspection, I can only guess. But when we arrived at scout camp and started to unpack, I sensed that something was wrong. All the boys had gathered in a huddle, and loud oohs and aahs were emanating from the group. I worked my way through, and found Mort, with a huge cache of extremely explosive items. There were fireworks and firecrackers that I wasn’t sure would even be legal anywhere but in the military. However, I knew for sure they weren’t legal at scout camp, and especially a scout camp that was on Forest Service land.

“Mort,” I exclaimed, “what do you think you’re doing? You know very well that those aren’t allowed here. If we get caught with them, we could all be sent packing.”

Mort seemed embarrassed, so I decided to not make too big of a deal about it. “I want you to get rid of them,” I told him. “You can send them down with your father or something, but you get them out of our campsite, and I don’t want to hear another word about them.”

Mort promised he would, and I felt I had handled the situation with great finesse. Mort’s father had helped bring the boys and the gear up to camp, and was heading back home so he could go to work. It was natural that Mort would just send the fireworks back with him.

Later, as we set up camp and settled in, Mort assured me they were taken care of. I herded the older boys off to their different merit badges, and led the younger boys to theirs. I made my way back to camp and started putting together the work rotation schedule.

It wasn’t long before the day was ending, and we were making dinner. That was something I helped direct the boys on, but refused to do for them. As usual, it ended up being some kind of burnt offering that would normally have been less than palatable. But, in our famished state from working hard all day, we slicked it up. I did have some Dutch oven cobbler and some scones with honey butter for dessert. Once this, too, was gone and the camp was clean, it was time to head to Chief Rock for the opening ceremonies.

We found an empty bench amongst the other troops. I had, by far, the biggest troop there. But my boys stood out in other ways as well. The other troops marched in, all spiffed up in their uniforms. My farm boys worked hard all summer and, though they always earned lots of merit badges, they still saw scout camp as a vacation from hours of moving pipe and hauling hay, and a uniform didn’t fit into the equation for them.

As the campfire ceremony started, there was lots of yells for scout spirit. This was another thing my boys detested. We should have won that, being the biggest troop, but my boys just rolled their eyes if I suggested it. When it came to the fastest built fire, a tug of war, stick pulling, or anything taking strength or skill, they came out on top. But no matter how much I or the camp leaders encouraged them, the fancy uniforms and boisterous events didn’t go over well with my troop.

Finally, as the sun was setting, everyone settled down, and the camp director started talking about rules. As he talked about fire safety, including the fact that fireworks and such items were not only banned, but illegal, two of the camp staff, symbolically dressed as chiefs of fire, lit the huge campfire that was set in the middle of the ceremonial grounds.

The camp director continued to talk when, suddenly, a loud pop came from the fire. Everyone’s attention turned to it, and then the whole hilltop turned into a blaze of fireworks and explosions. Everyone dove for cover as fireworks shot from the fire, whizzing past us, exploding into trees and rocks. Benches were overturned for protection as the gathering turned into what resembled an ambush. The camp director, who was too traumatized to take cover, had his papers engulfed in flames, and found his own hair and clothes singed.

Once the chaos had ceased, and there was nothing left of the fire or the cage in which it had been built, everyone dashed around, stomping out the fires in the brush. The camp fire ceremony was cancelled, and the camp director angrily sent us all back to our camps to “…think about this inappropriate behavior!”

My group walked silently back to our camp, eyes diverted from me, though I’m not sure they were the slightest bit repentant. But when we got back to our camp, Mort approached me, head hanging. “Do you want to know where I put the fireworks?”

But in all reality, we both knew I already did.

(Daris Howard, award-winning, syndicated columnist, playwright, and author, can be contacted at [email protected]; or visit his website)

That is a great scout story!!!! Reminded me of my days as a boy scout and the trouble we sometimes got into.