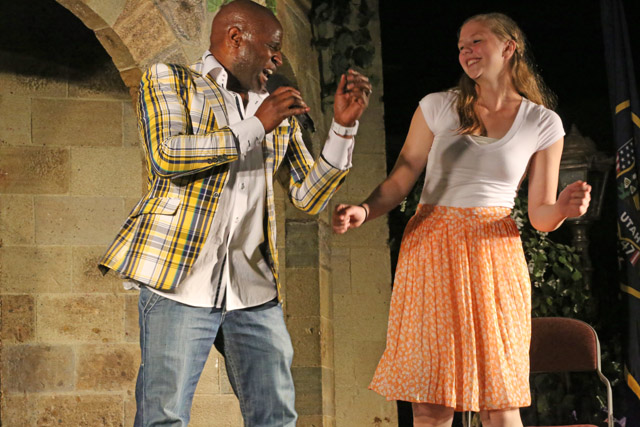 On the day that the Supreme Court announced its marriage decisions, considered dismal by advocates of the natural family, many Utahns gathered for a marriage celebration, affirming that they will continue to stand strong.

In a program, emceed by Richard Eyre, and highlighted with a speech by prominent historian, David Barton, the most celebrated moment centered on performer Alex Boye’s new song about having “the heart of a lion.” With a performer’s flare and high emotion, he said that it takes the heart of a lion to “be true to myself, true to my origins, true to my beliefs.”

Then to underscore what the heart of a lion feels like, he called to the stage 13-year-old Amelia Summerhays, who had just given a bold speech about why she needs a mom and a dad. 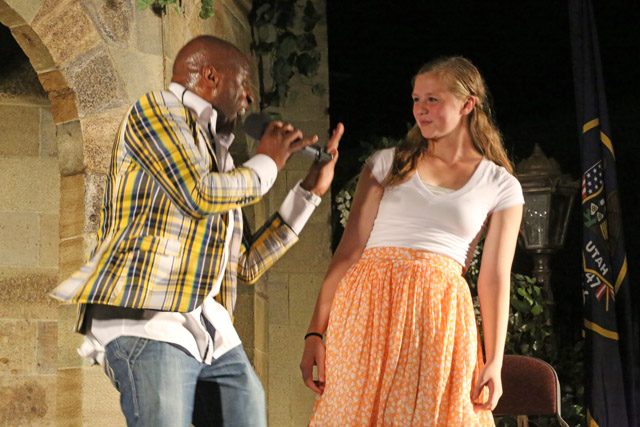 She had given a similar speech in March at a Celebration of Marriage when the Supreme Court heard the oral arguments in the marriage cases-and had been peppered with names and verbal abuse on Facebook for her stand.

Alex said she had shown the heart of a lion and through tears said why family is so important to him. 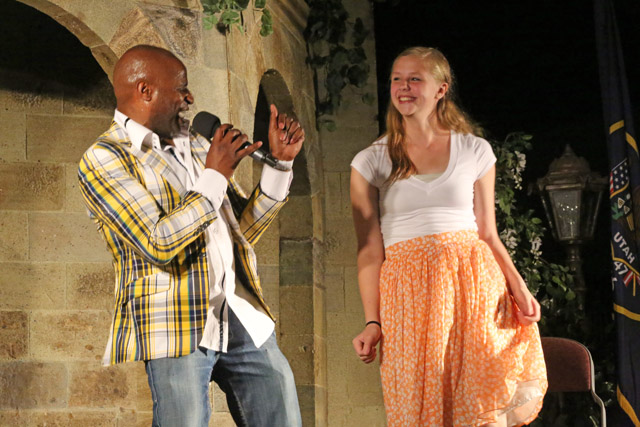 He grew up not knowing who his father was and kicked out of his home to live on the streets when he was 16. He wept telling the story about the first time he was asked to share a dinner with a family-that had a closely-tied mother and father and children. That night he vowed that he would marry and have a relationship that had no back door and that he would have children. “Most people think that black men don’t make that kind of commitment, but that’s not true,” he said. Deciding to marry and have a family has been his joy.

Here is Amelia’s speech Wednesday night at the Celebration of Marriage:

When I was eight or nine, I had a close friend whose parents were getting divorced. She asked me, “If you had to give up one parent, which would you choose?” I could not decide. My mom and dad both have their strengths and weaknesses, but when it comes down to it, I need both parents. 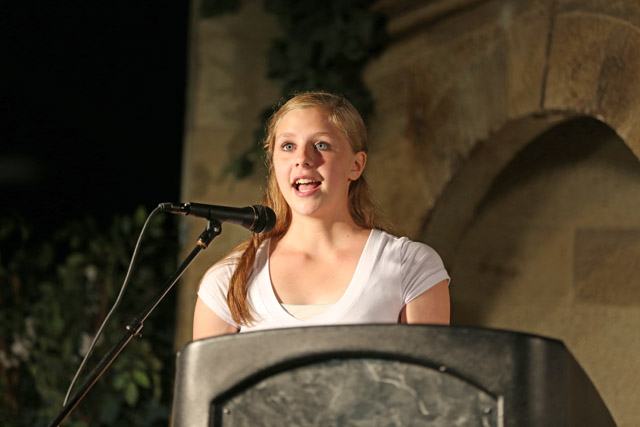 As a thirteen-year-old, it’s funny to watch adults fight about the issue of marriage. Sometimes adults act like selfish children. Most of what we heard [Wednesday] on the steps of the Supreme Court was all about adult’s marriage rights. From what I heard, children’s rights were basically ignored. Children are defenseless, so shouldn’t they be the main focus of the debate? When we favor the wants of consenting adults over the needs of children who cannot consent, something is very wrong.

Children shouldn’t be separated from their parents without a very good reason. When a child is separated from a parent through death or divorce, it is a tragedy that changes his or her whole life. When separation must happen, we should be honest enough to admit that the process is painful for kids. Gay marriage is hurtful to children because it becomes the tool that separates children from at least one parent. Why would the government encourage, let alone enforce, such hurtful separation?

And by the way, grown-up romantic feelings are not reason enough to separate a kid from a biological parent. When redefining marriage, we have to pretend that if the grown-ups are happy, then everyone is happy. Problem is, pretending won’t help. And if a kid like me calls them on it, things can get ugly very quickly. 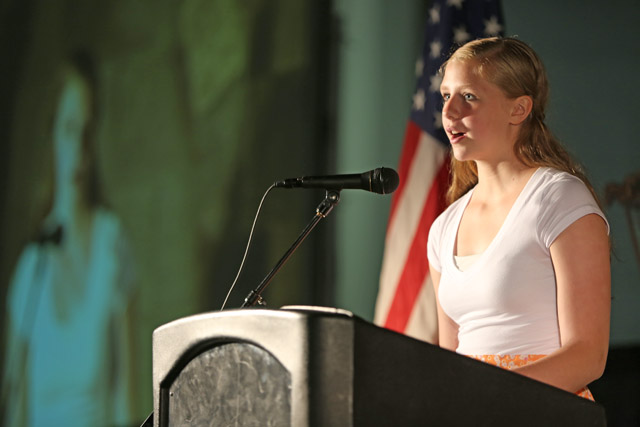 Last March, I spoke at a Celebration of Marriage event at the Capitol Rotunda. After, the protesters got on Facebook and Twitter and said that I was being taught to be a “hater.” To that I say, no child needs to be taught to want a mom and dad. It’s a biological instinct. They have to be taught that it’s normal to be taken from one parent.

And in this case, they are trying to bully nature itself. In my U.S. History class, studying Thomas Jefferson was sometimes difficult. He was always talking about “unalienable rights” and saying things like “We hold these truths to be self-evident.” It took me a couple of tries, but I think I get it now. Here’s why:

On the day I was born, I automatically had a relationship with my mother and father. That’s the power of a biological bond. It happens naturally. That’s what “self-evident” means. We can try and fight nature, but nature will always fight back and win. Sure, we can pass any law we want. We can pass a law that says the sun doesn’t shine. Problem is, the sun will still shine. We can pass a law that says a perfectly good dad has no rights to his own child, a thing that happens often where marriage has been redefined. Problem is, he’s still the dad.

Whether you call it nature or God, each of us exists only through a mom and a dad. Every person has that exact same birthright. If ever I was “endowed by my Creator with certain unalienable rights,” this is it-to be born with a mom and dad. Why? Because it is impossible to be born any other way.

Your heart, might, mind and spirit are in the right place, Amelia. Keep speaking out.

I have a correction. In my previous comment, I wrote "normal parents" after I wrote gay parents, seemingly alluding to the fact that gay parents are abnormal. I would like to change that phrase to "heterosexual parents" because I wholeheartedly accept gay parents. I know a couple families who have adopted and raised really great kids. I am a supporter of gay marriage.The only time I would find it acceptible of my calling a couple "normal parents" is if they were loving and supportive--whether they're the same sex, or opposite sexes.Additionally, I believe that "nature" Amelia was talking about concerning the bond of a child with its parents may be there, yes...However, the nature that matters is the oxytocin in the brain--also known as the relationship hormone. That is basically a key to happiness (and probably success). Nurture loving relationships that make you happy. Look into oxytocin a little bit if you like. That is all. (Man, I write a lot.)