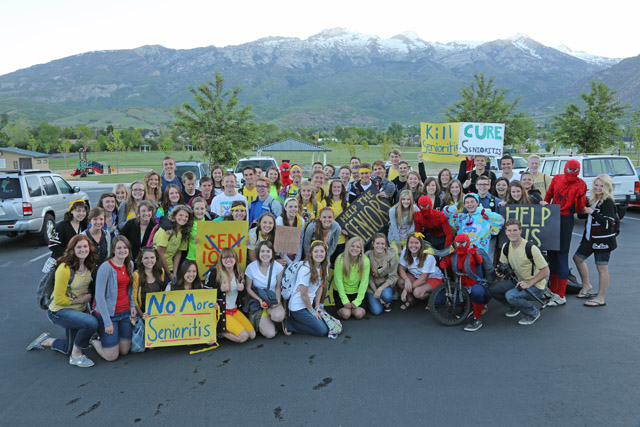 It’s hard enough to be in the last few days of your senior year of high school, but add to it the anticipation of already having a mission call-and the “senioritis” is intense.

Probably no high school in the United States has the dense pack of Latter-day Saint youth as Lone Peak High School in Highland, Utah. In weeks the seniors that you see pictured here will have flown to several corners of the world wearing missionary badges. 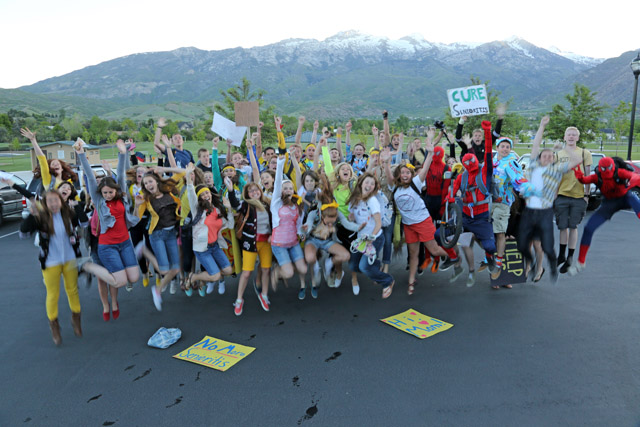 Plus they will be asked to be grown up earlier than many LDS generations before them. This is the new army of the Lord.

But for now, they are just seniors, trying to endure another day of school when they are ready to fly. And they are silly as kids will be. 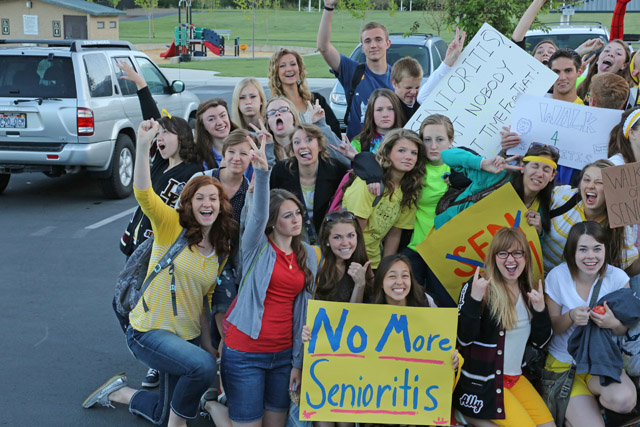 So, about 80 Lone Peak Seniors (more joined after this picture was taken) decided to meet at a park at 6:30 a.m. and walk the 3.2 miles to school together. 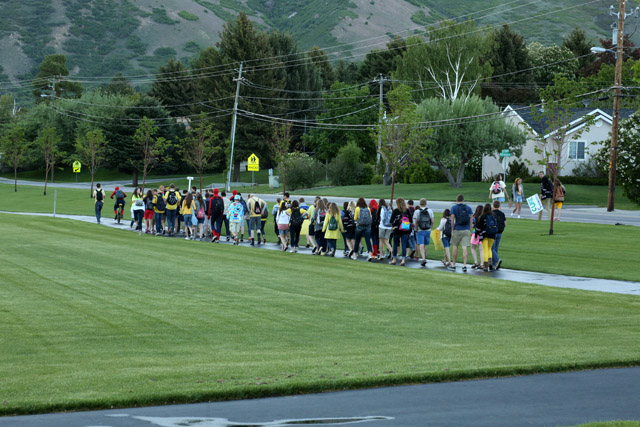 They brought signs. They laughed. Two of them dressed up like Spiderman and rode unicycles. 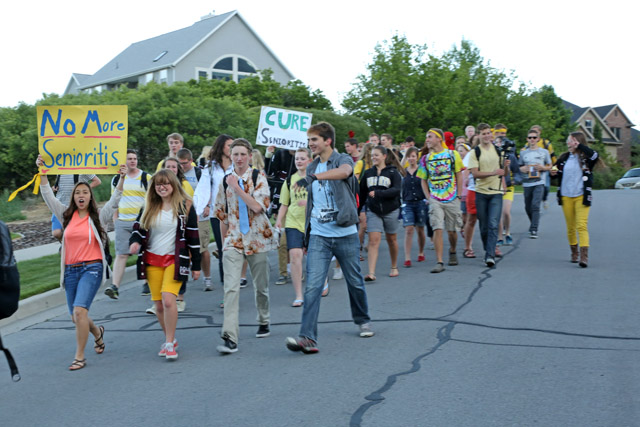 Oh, and by the way, when less than 60 had arrived at the park that morning, they could count among their numbers 38 who had mission calls or would get them in the next year. 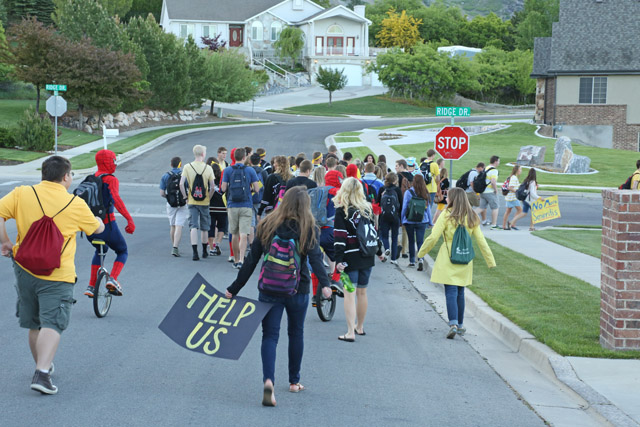 This time it is, indeed, high school today and mission tomorrow. 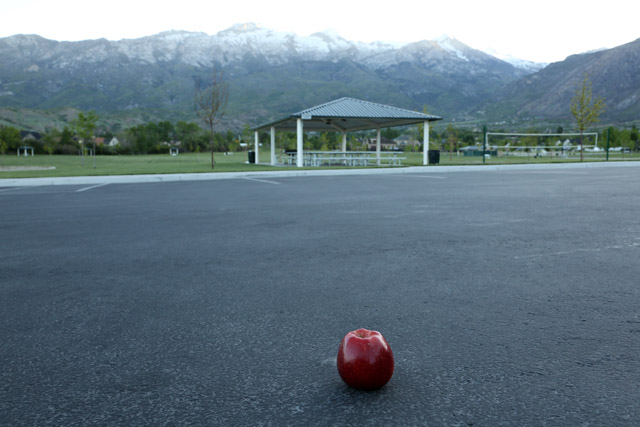 Still would be better if they had a year of college behind them. Some stake presidents are making 18-year-olds wait.