Why Should We Celebrate Traditional Marriage? | Meridian Magazine

Why Should We Celebrate Traditional Marriage? 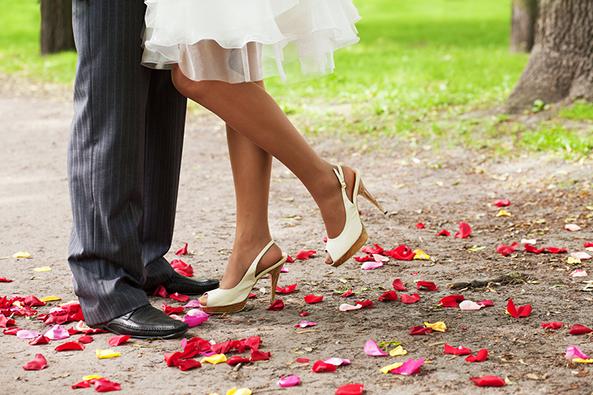 Note: In this 10 part series, Richard and Linda explore various aspects of the most important institution and commitment in the history of society-Marriage. Some of the articles analyze what is happening to marriage today, while others suggest ways to strengthen marriage. Each article is headlined with a question. The series will run in Meridian for 10 consecutive days.

Part1: What Does Marriage Matter?
Part 2: What are the Conjugal and Revisionist Views of Marriage?
Part 3: What is the Irony of the Gay Marriage Movement?
Part 4: Is Traditional Marriage Disappearing?
Part 5: Is There a Right Kind of Marriage?
Part 6: Is Cohabitation a Cancerous Curse on Society?

Sometimes it is almost easier to talk about and worry about what we think is wrong than it is to really work and promote what we think is right. Those who believe that marriage should be between one man and one woman have every right to follow their convictions and to speak out against and oppose gay marriage. But we live in a world where traditional marriage is weakening on many fronts and needs those who celebrate it and who are influential and persuasive in recommending it to all.

In a recent and very interesting Deseret News article, Lois Collins stated that “Family” is undergoing some major shifts, including a decline in marriage and an increase in unwed 20-something motherhood.

She speaks of the large increase in cohabiting, unmarried couples, and cites a new report called “Knot Yet: The Benefits and Costs of Delayed Marriage in America,” which points out that, over four decades the age for tying the knot has risen steadily to a new high of nearly 27 for women and 29 for men.

This matters, says Collins, because there’s a real downside to the decline of marriage since cohabiting couples are twice as likely to break up, and children don’t flourish when their lives and those of their parents are unstable.

No-fault divorce laws have also made it easier to break up families, almost always to the detriment of children.

Collins also quotes other research showing a decline in cultural commitment to marriage. An article on the 2012 “State of Our Unions” reported that “largely unnoticed and unaddressed, ‘middle America’ is abandoning marriage, with harsh ramifications for children, stability and the future.”

Abandoning marriage essentially means staying single. And it is a worldwide trend. 60% of the households in Stockholm, Sweden are occupied by one single individual, and recent surveys in Asia indicate that in some areas a majority of young women do not think they will ever have a child.

As family and child advocates, back in the “old days” we used to be able to focus our concerns on the growing divorce rate and how many marriages were failing and breaking up.

Then there emerged a “second strike” against traditional marriage as various kinds of alternative marriages and lifestyles emerged.

Now, more and more, we have to add the worry of how marriages are not happening at all, with couples simply choosing to live together without any formal or religious commitment, thus doubling the chances that their families will break up.

And increasingly there is now a growing “fourth strike” against traditional marriage and family and children as more and more people make the choice to stay single and live alone for their entire lives, never experiencing either marriage or parenthood.

Taken together these four strikes may be the most fundamental lifestyle and priority shift in history, and for those who believe that families are at the heart of God’s plan for His children, this must certainly be the most damaging and destructive shift ever.

Richard and Linda Eyre are among the most popular and prolific speakers and writers on marriage and family. Visit them anytime at www.TheEyres.com, www.EyresFreeBooks.com, or www.valuesparenting.com.

love your articles on preserving the traditional marriage in this world with its shifting values and morals, I put my hand no both hands up for this just cause by my own experiences as a happily married woman for over 35 years and going strong day by day..as I reflect on our journey thus far I acknowledge and appreciate a lot of highs and lows and tender in- betweens...struggles, tears, trials, burdens, illness, joys and laughter along the way, and I for one will never take any of those experiences back instead I celebrate TRADITIONAL MARRIAGE as the only way to raise the Lord's children He has blessed us with... to be well balanced, happy, hard working, loving, forgiving, honest and understanding, especially having faith that families matter now and in the eternities. I rest my case, and will continually speak my mind while going on my knees that our gay friends will acknowledge that it is not a right but a privilege to have families consisting of a mother, a father and children just like they were brought into this world by their loving parents, and if they break that law then they will answer to our Maker some day...