April is poetry month, and it’s one of my cherished genres, so I’m dedicating the month to “the poem”. The following poetry books should be read out loud to, and by, kids of all ages which would help deepen their appreciation of word placement and descriptions, while strengthening their memories. 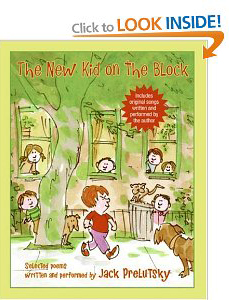 The New Kid on the Block, by a favorite kid’s poet of mine, Jack Prelutsky, and illustrated with great wit that matches Prelutsky from James Stevenson.  This book was originally published in 1984. Prelutsky is one of the best kid’s poets because of his uncanny ability to rhyme about subject matter that kids can relate with, laugh at and reread again and again.  This is one of Prelutsky’s strong points: kids actually end up memorizing some of his poems unintentionally! Some of the over 100 poems in the book include “I’d Never Eat a Beet” and “Ma, Don’t Throw That Shirt Out”. Here’s one of my favorites: “My Baby Brother”. “My Baby brother is so small, / he hasn’t even learned to crawl. / He’s only been around a week, / and all he seems to do is bawl / and wiggle, sleep…and leak”.  Also reissued by Prelutsky and Stevenson is the poetry book “A Pizza the Size of the Sun”.  This book was first published in 1994 and is packaged similarly to his other book with close to 100 poems bursting off the pages.

Eek! There’s a Mouse in the House, by Wong Herbert Yee, is another reissue that was first published back in 1992. This repackaged book includes a read-along CD along with music and sound effects.  But what I love the most about this delightful book is the fun rhyming ways a young girl attempts to rid her home of this little pest by inviting silly animals to help her. “The Dog has broken a dish. / And now the Cat is after the fish. / Send in the Hog / to Shoo that Dog!” 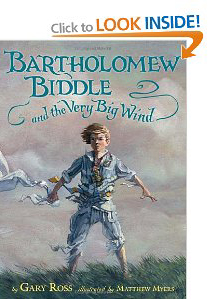 Bartholomew Biddle and the Very Big Wind, by Gary Ross, and beautifully painted with oil by Matthew Myers, is an exciting, long tale told completely in rhyme about a boy who experiences three amazing adventures. This story reminds me of Mark Twain’s “Huck Finn” and “Tom Sawyer” because of the story settings and the way Bartholomew becomes embroiled in each of his adventures. His adventures begin when he’s taken across the windy sky with only his bed sheet as a parachute substitute: “he felt this old wind / was nothing to fear / with a bedsheet to sail / and an instinct to steer.” He’s about to encounter pirates, friendship and more. Here is a 92-page story that begs for a nighttime read-aloud! It’s just too bad that the author had to use the Lord’s name in vain once unnecessarily. 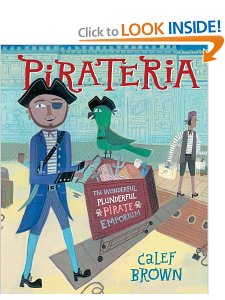 Pirateria:  The Wonderful Plunderful Pirate Emporium, by another favorite kid’s poet: Calef Brown, is actually a rhyming book describing pirate life (unlike his other books which are usually a compilation of different and humorous poems). “Pirates love surprises. / They often need disguises / for ambushes and sneak attacks. / We have stacks and stacks / of fake mustaches and beards / in many eccentric hues- / ruby reds and electric blues, / as well as the classic / Blackbeard black. / Does it look weird? / Take it back!” The acrylic illustrations invoke Brown’s typical iconic, cheeky flair.  All you landlubbers out there: beware!  This book could just bring out the peg-leg and eye-patch deep within you!

What Can a Crane Pick Up?, by Rebecca Kai Dotlich, and illustrated using pencil, silkscreen and digital media by Mike Lowery, isn’t about picking up, it’s actually a pick-me-up!  The rhyming text discusses many different sizes, amounts and shapes of things that cranes can pick up. But what the fun-filled pages actually show are happy smiling faces throughout. “How about poles and pipes and bricks? To a crane, it’s a game of pick-up sticks.” All of the inanimate trucks and cranes, along with the builders, are smiling.  Between the rhymes and the pictures, you’ll find your face lifting to a cheery degree! 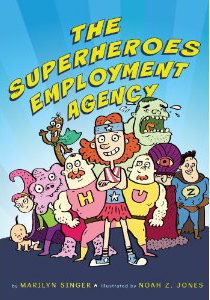