A Might Change Of Heart - Solving Common Relationship Problems For Good! | Meridian Magazine

A Might Change Of Heart – Solving Common Relationship Problems For Good! 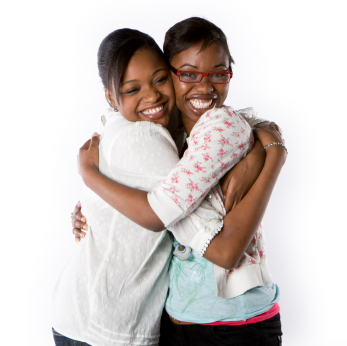 “Nicholeen, I feel really bad about saying this, but I really don’t like being around my sister.”  a friend said to me one day.   “She drives me crazy.  I wish she could just make good choices for herself.  It’s like she can’t see clearly at all,” my friend explained.

“I really shouldn’t feel this way about her.  She’s my sister.  But, really all I do is bail her out of problems.  Actually, that is usually when I hear from her; when she has a problem.  What should I do?  Is there any way I can help her get some sense?  Or, should I just keep my distance from her?”

Since our view of happiness can differ from those around us, we need to be careful about judging other people’s choices.  Sure, some of their choices may lead them to sorrow and even disaster, but they really are doing what they think will lead to happiness. They usually aren’t bad people.

It is hard to see someone we love fail or go astray when we know a better way.  But, it can happen to any of us.  The important thing to remember is that it wasn’t our choice, it was theirs. We don’t do them any favors by taking it personally and becoming emotional.  In fact, we usually only damage our relationships when we do such things.

The Anatomy of Relationships

When my friend shared her feelings about her sister it dawned on me that there was something really simple my friend could do to make a big change in her relationship with her sister.  She could choose to see her sister in a different way.

Relationships do not always ‘take two’ like people always say.   Each relationship has two distinct sides.  Only, when the relationship is unified in love or in hatred do the feelings go both ways.  Most often relationships are one-sided.  The way I feel about you could be totally different than the way you feel about me.  A parent could love and nurture a child, but the child could feel the parent is annoying and want to disconnect from them.  These kinds of relationship disagreements happen all the time.

So that there is no confusion, it is worth saying that the parent in the situation above is bonding and creating a relationship, and the child is being selfish and trying to destroy a relationship.  However, either way this is how they are choosing to relate to each other.  For the sake of this discussion we will say that each of these people actually has a different relationship than the other person has.  Over time, however, one person could persuade the other to transform their side of the relationship to match their own feelings.

Since we are all in charge of our side of all relationships, or the way we see people, then we can change the way we think about someone whenever we want to.

Ever since Moses received the Ten Commandments adultery has been recognized as a sin.  So, it was no surprise that when Christ was living it was still considered as such by the scribes and Pharisees.  One day they brought a woman to Jesus who had been caught in the act of adultery.  A very serious crime.  It appeared that they wanted to trick Christ into not loving one of God’s children.

Christ looked at the situation.  He lowered himself to the ground where he was on the same level as the accused woman.  Then he said, “He who is without sin, cast the first stone.”

After shocking the aggressors he looked at the woman and touched her.  He told her to “go and sin no more.”  He trusted that she could.  He loved her and healed her by taking her where she was and showing faith in her goodness and desire to change.  He really understood her.

The woman in this story was exposed by her accusers.  They felt it was their duty to tell all where they found her and about her bad choice.  They obviously felt this was a good way to change her heart.

Obviously she felt ashamed.  But, she also felt alone and broken.  Really, she needed healing.

It is true that when a child makes mistakes, teaching needs to happen in order to keep them on the correct path, and to teach them cause and effect.  But, how that teaching is done, the feeling the teaching carries, is the real concern.  Correcting should feel safe.  We should correct just like the Savior’s correction to the woman.  He didn’t deny her sin, but he didn’t hate her for it either.  He didn’t take it personally, or become emotional.  He was calm, loving and understanding.   And, He changed her heart.

A Mighty Change of Heart

The way we think of others when we see them fail is probably the most important part of helping change their hearts and leading them toward goodness.  Also, our own hearts are also changed toward them.  When we seek to understand them in their mistakes we actually grow closer to them and love them more.

My friend’s heart was changed after we talked about exposing vs. healing.  She said, “Nicholeen, I am going to really need to think about that.  I don’t think it ever occurred to me that I’m not helping her heal.”

Love and understanding is the key to helping our side of difficult relationships.  When we deliberately change our own hearts, we can then inspire change in their hearts too.